Staring a third straight defeat to a last-place team square in the face, the Dodgers rallied for five runs in the seventh inning to beat the Cubs 8-4 in the opener of a four-game series on Thursday night at Wrigley Field.

The Dodgers began the seventh trailing 4-1, and Matt Kemp led off the inning with the hardest-hit ball of the night, a line drive to deep left field that might have been a home run on most days but not with the wind blowing in, allowing the ball on Thursday night to fall into the glove of Chris Coghlan.

After the Kemp smash out, the Dodgers got back-to-back singles then a smash to second base by Juan Uribe, who reached on an error and cut the deficit to 4-2. Pinch-hitter Andre Ethier, in his 13th plate appearance of the month on the 18th day of September, followed with an RBI double to cut the deficit to 4-3, then a ground out by pinch-hitter Justin Turner tied the game at 4-4, giving the Dodgers a chance to breathe.

But the rally wasn't over.

An RBI double by Dee Gordon gave the Dodgers their first lead since Monday, then Yasiel Puig singled him home for a 6-4 advantage. Gordon's double gave him a sixth straight multi-hit game, the longest streak by a Dodger this season. Gordon has an 11-game hitting streak, hitting .357 (20-for-56) during that span.

With the win, the Dodgers improved to 2-54 when trailing at the start of the seventh inning this season.

The beginning of Thursday's game looked an awful lot like the beginning of Wednesday's contest, though this time it was Zack Greinke taking the beating. He allowed three singles and a walk to the first four batters and, compounded with an errant pick-off throw, led to two early runs. Greinke was able to escape further damage in the opening frame thanks in large part to Ryan Kalish, the No. 5 hitter for Chicago with a .153/.244/.353 hitter in Mike Olt on deck, tried to sacrifice bunt, but Greinke nailed the lead runner at third base.

Greinke settled down after a 31-pitch first inning, holding the Cubs scoreless through the fourth, even working around a leadoff double by Olt in the fourth. 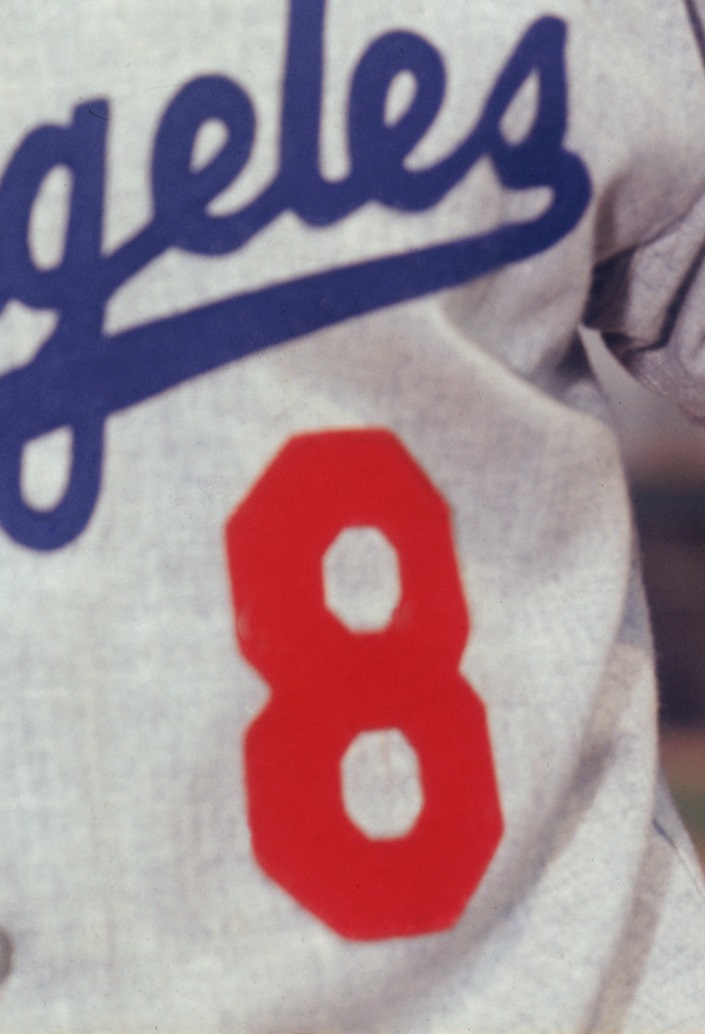 There was no Dodgers offense to speak of until Gordon reached on a bunt single to open the fourth inning, breaking up Tsuyoshi Wada 's no-hitter. It was the first of three straight singles, but before the other two hits Gordon was picked off by Wada and the classic step-home-throw-to-first balk move that several left-handed pitchers use.

Kemp then struck out on a check swing so bad it prompted Kemp to break his bat by slamming it on home plate, then Wada got Hanley Ramirez looking at a third strike right down the pipe to end the inning.

The Dodgers got to Wada again in the fifth inning, first on a hard smash single to shortstop by Scott Van Slyke, then Uribe tattooed a ball off the left field wall. But Uribe thought the ball was gone off the bat, going into full jazz hands mode before running, then was thrown out at second base by Coghlan in left.

Van Slyke eventually scored on a ground ball by A.J. Ellis to cut the deficit to 2-1 but the potential big inning was nipped in the bud.

But Chicago answered right back with another long inning against Greinke, plating two more runs on four straight singles and a sacrifice fly.

Greinke allowed four runs on nine hits, and was done after just five innings after throwing 112 pitches, tied for his third-most on the season. In three career starts at Wrigley Field, Greinke has allowed 20 runs (18 earned) on 26 hits in 14 innings.

Paco Rodriguez threw a scoreless sixth inning for the win, his first of the season.

The Dodgers added some insurance with a bases-loaded walk by Drew Butera in the eighth inning then a second Kemp sure-home-run-turned-wind-aided-out for a sacrifice fly in the ninth. The final three innings were turned over to the bullpen winner's bracket:

Pedro Baez needed 26 pitches but struck out two in a scoreless seventh.

Brian Wilson allowed a drive to the warning track in right but also struck out a batter in a 1-2-3 eighth.

Kenley Jansen, in his second appearance in eight days, pitched a perfect ninth with two strikeouts to close out the win.