The Dodgers finished 49-32 on the road, best away mark in baseball.

Share All sharing options for: Heart of Dodgers order delivers beating to Cubs

Matt Kemp and Yasiel Puig keyed a productive heart of the Dodgers order in an 8-5 win over the Cubs on Sunday afternoon, completing a series win and a 6-4 road trip.

The Dodgers own a four-game lead over the Giants in the National League West, pending San Francisco's result this afternoon in San Diego.

The old adage goes that when a player is slumping he seems to start every at-bat down in the count 0-2. But for Puig, he is the exact opposite of that right now. Puig singled in his first two at-bats, then even though he made outs in his next two times up - a strikeout and a ground ball - he reached base both times, via passed ball and throwing error, respectively.

The only thing that stopped, or nearly stopped, Puig was his own inability to slide, jamming his ankle in the dirt on a stolen base in the fifth inning. Trainer Stan Conte came out to check on Puig for a few minutes, but Puig stayed in, then immediately scored from second standing up on a sharp single by Kemp.

Kemp tied season highs with four hits and four RBI, including a two-run home run in the third inning, his 23rd of the season and 15th since the All-Star break. Kemp's .594 slugging percentage since the midsummer classic is tops in baseball.

Kemp, who had his 14th career game of four or more hits, also drove in four runs on July 29 against the Braves. He has 49 RBI in 59 games since the All-Star break.

Adrian Gonzalez was 2-for-4 with another run batted in, adding to his major league lead with 112 RBI. Gonzalez also hit his 40th double of the season, the fourth time he has reached that milestone and third time in the last four years. Since 2006, Gonzalez has averaged 38 doubles per year. 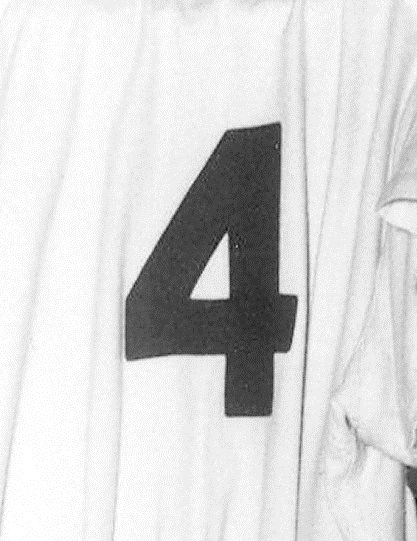 Hanley Ramirez chimed in with two hits of his own and an RBI, including his 35th double of the season. The Dodgers have four players with 35 doubles for the first time in franchise history.

Jamey Wright gave the Dodgers two innings in his second start in seven years, and left with a lead that the Dodgers never relinquished. Carlos Frias followed with three innings of relief, striking out five but allowing three runs.

Chris Perez followed by retiring all four batters he faced, including two by strikeout, and was awarded the win, his first as a Dodger, as the "most effective" pitcher in relief per major league rule 10.17(c):

Perez has been quite effective since returning from the disabled list on Sep. 1, with seven scoreless innings in seven appearances, with two hits and four walks allowed, while striking out nine of his 27 batters faced.

Down three runs in the ninth inning, the Cubs managed to bring the tying run to the plate against Kenley Jansen in the ninth, but the Dodgers held on for the win.

The Dodgers return home and will begin and end their series against the second-place Giants in first place. Dan Haren gets the start in the series opener on Monday night, facing Jake Peavy for San Francisco.