LOS ANGELES -- A trio of Dodgers on Sunday in some way prepared themselves to be ready for the National League Division Series. Chief among them was Hyun-jin Ryu, who threw a bullpen session at maximum effort, inching closer to returning in time to start Game 3 of the NLDS, to be held Monday, Oct. 6 in St. Louis.

"It went very well," Ryu said. "I didn't feel any discomfort in my shoulder."

Ryu topped out at 85-86 mph in his 40 pitches on Sunday, which is fairly normal for a bullpen session, especially one 16 days removed from last pitching in a game. Ryu has been sidelined with left shoulder inflammation, a malady that sidelined him for just over three weeks earlier in the year.

A similar time frame would have Ryu ready in time to start against the Cardinals in Game 3 of the NLDS, though manager Don Mattingly wasn't ready on Sunday to make that official.

"It was another encouraging day. Tomorrow's a big day, because he did something at an effort level he hasn't been asked to do recently," Mattingly said. "If he comes out of that good, he'll do a sim game on Wednesday." 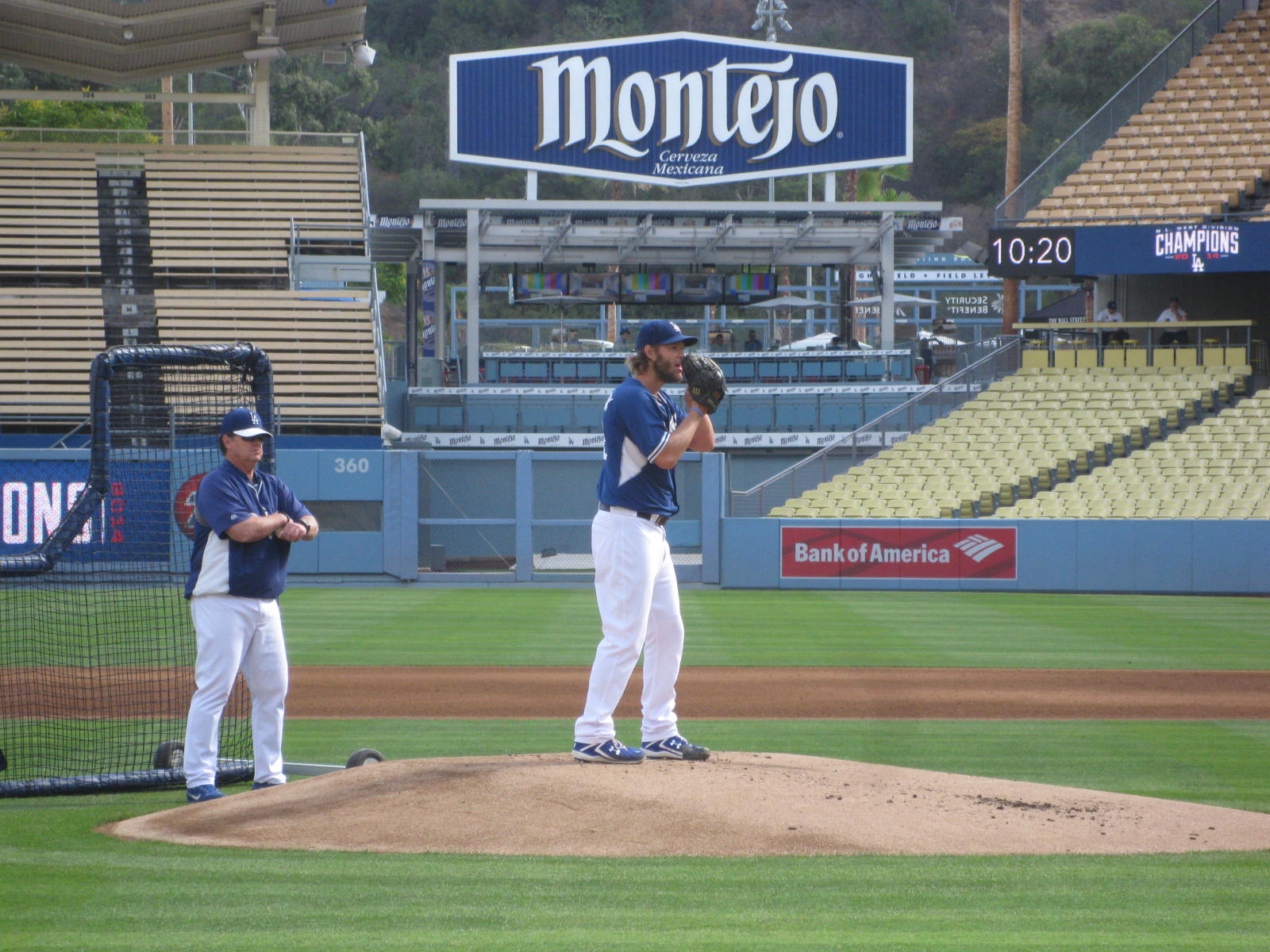 Clayton Kershaw threw a simulated game on the Dodger Stadium mound on Sunday before the Dodgers played the Rockies. He pitched a few innings to catcher Tim Federowicz, and faced batters Drew Butera, Miguel Rojas and Joc Pederson.

"It's definitely not a game, but it's the closest thing I can get," Kershaw said.

He lobbied to pitch an inning or two in relief in the game, but the Dodgers opted for a simulated game, a more controlled environment while still allowing Kershaw a chance to stay loose in between last Wednesday's division clincher and his scheduled Game 1 start on Friday against the Cardinals.

Kershaw entered Sunday with 239 strikeouts, three shy of Stephen Strasburg for the National League lead. But Kershaw said that wasn't part of his thinking when lobbying to pitch, especially with Johnny Cueto also scheduled to start on Sunday, for the Reds.

"I kind of new I wasn't ever going to have a chance at that," Kershaw said.

Cueto struck out seven to tie Strasburg at 242 strikeouts for the league lead.

Dee Gordon left Saturday's game after just one inning with hip irritation, but said on Sunday he felt good enough to play had the game meant anything. Gordon was held out as a precaution and the team did get an MRI on his hip, but Gordon is expected to be ready to go by Friday's NLDS opener.

"Dee's situation is not 100 percent in the clear, but we feel pretty confident that he's going to be fine. It's similar to what he had in Colorado, when it was two days off but after one he was ready to go."

Gordon came out of a game on June 7 at Coors Field with hip irritation and missed the next two games. Gordon ended the year tied for second on the team with 144 games played