Everything went according to plan for the Dodgers, who beat the Giants two out of three games to clinch the division while their rivals watched. The Dodgers lined up their starting rotation for each of the last three series against San Francisco, and it paid off with seven wins in nine games.

The Dodgers ended the season with a five-game winning streak, and finished the year with 94 wins and a six-game lead.

The Dodgers won season series with every team in the division and finished 50-26 (.658) against the NL West, the best divisional mark in baseball in 2014. It was the second-best mark in franchise history since divisional play began in 1969, behind only the 1974 squad that was 63-27 (.700) against NL West foes.

Dodger Batter of the Week: This was a close call, but Justin Turner takes the cake thanks to two home runs against Madison Bumgarner on Tuesday, also known as Clinching Eve. Turner hit .545 (6-for-11) with four extra-base hits, narrowly beating Carl Crawford, who hit .500 (7-for-14) with a home run of his own, plus a stolen base and scored a team-high five runs.

Dodger Pitcher of the Week: A trio of Dodgers starters had 11 strikeouts in the season's final week, but Clayton Kershaw wins the award for fitting his all into one start, and for pitching eight strong innings in the division-clinching game on Wednesday against the Giants. Not that Zack Greinke or Dan Haren were slouches, combining for 2.16 ERA with 22 strikeouts and one walk. 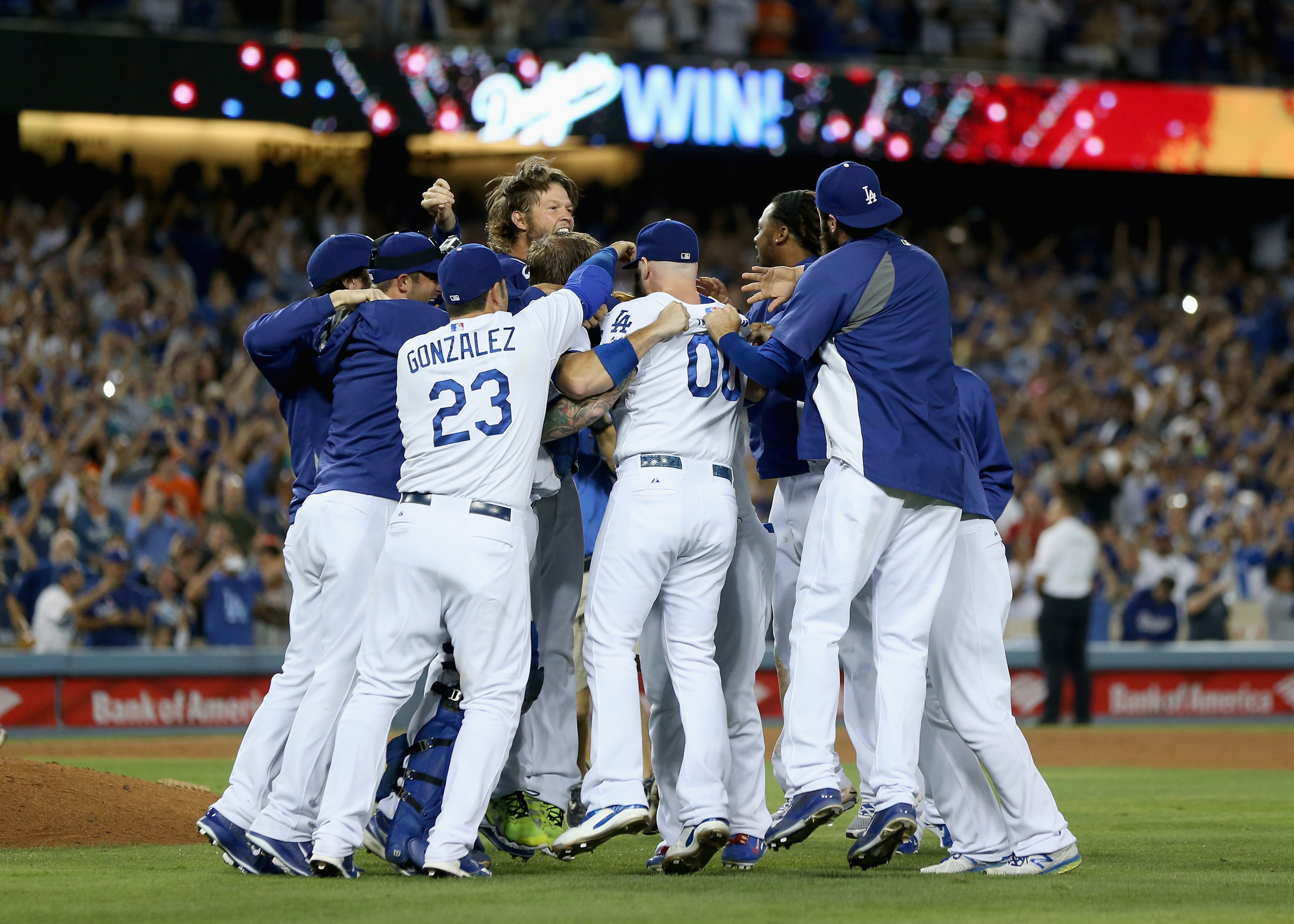 A second straight division crown for the Dodgers, and the Giants had to watch the celebration. (Photo: Jeff Gross | Getty Images).

None this week, but head of player development De Jon Watson left to join the Diamondbacks as senior vice president of baseball operations.

No more gauntlets. Just the playoffs, starting at home against St. Louis in the NLDS.