LOS ANGELES -- Adrian Gonzalez continued to torment the Diamondbacks on Sunday, hitting a pair of three-run home runs to lift the Dodgers to a 7-2 win and a weekend sweep of Arizona at Dodger Stadium.

Cahill, who was 3-0 with a 1.85 ERA in his career at Dodger Stadium and entered Sunday with a streak of 16 consecutive batters retired here, had a no-hitter through five innings before trouble struck in the sixth.

In talking about slumping outfielder Yasiel Puig before Sunday's game, manager Don Mattingly referenced the need for Puig to be more patient at the plate.

"Patience to me doesn't mean trying to walk, it means getting yourself a good pitch to hit, and not in a hurry to get the at-bat over," Mattingly explained.

That certainly applied to Gonzalez's at-bat against Cahill in the sixth inning. After Dee Gordon doubled for the Dodgers' first hit of the game and Hanley Ramirez walked, Gonzalez worked the count against Cahill to 3-1. Then, able to zone in on a particular area, Gonzalez crushed an 88-mph sinker 442 feet, well over the center field fence turning a 2-0 deficit into a 3-2 lead.

Gonzalez is 12-for-28 (.429) with three home runs, three doubles and 10 RBI against Cahill in his career. "I'm looking for the same pitch every pitch from him, a fastball middle-in to stay up the middle. He's got so much running away from me, I can't swing at anything that starts away."

"For us it was about staying with our game plan and getting strikes," Gonzalez said after the game. "

But he wasn't done, putting the game away with another three-run home run in the seventh inning, this one to left field against southpaw Oliver Perez. It tied a career high for Gonzalez with six RBI, previously set on May 19, 2010 as a Padre, also at Dodger Stadium.

Gonzalez now has 100 RBI - good for second in the National League - for a fifth straight season and for the seventh time in the last eight years.

Matt Kemp followed Gonzalez with a solo blast of his own in the seventh to pad the Dodgers lead. It was his team-leading 11th home run since the All-Star break.

"I'm not running as good as I want to, but my swing is coming back," Kemp said.

Perez then hit Andre Ethier in the backside with a 79-mph pitch, which brought a warning from home plate umpire Scott Barry to both dugouts. Mattingly and Clayton Kershaw were ejected for arguing on the play, though with no follow-up by either team it was ultimately much ado about nothing. 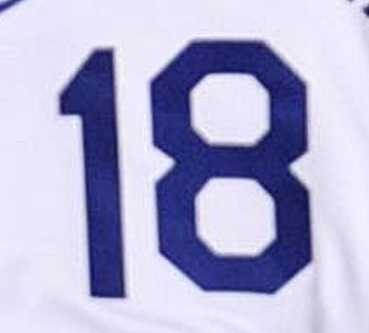 The Diamondbacks loaded the bases with nobody out in the second inning for the second straight game and for a moment it seemed Zack Greinke, like Hyun-Jin Ryu on Saturday, would escape the jam unscathed. Alfredo Marte flew out to right field for the first out, and Kemp made a strong throw home to nail Miguel Montero at the plate.

"That was amazing," Greinke said of the throw. "Extra good job by Matt and Adrian today. That's really what it was."

Then with two outs Didi Gregorius grounded a ball halfway up the first base line. Greinke charged hard then hesitated, leaving catcher Drew Butera to make the play, but Butera's underhanded flip to first base wasn't in time to get the speedy Gregorius, allowing Cody Ross to score the game's first run.

"It was a tough play for either of us. It was good placement," Greinke recalled. "I should have been able to get it, but I don't know if I could have."

Greinke was burned by a pair of walks in the third inning, one to Ender Inciarte to lead off the frame and another to Montero two outs later. Ross followed with a single to right field, and this time Kemp's throw home wasn't in time to get Inciarte, giving Arizona a 2-0 advantage.

After the RBI single Greinke settled down and got through six, working around a one-out double by Ross in the sixth, his final inning. Greinke, after 94 pitches, was lifted for a pinch-hitter in the sixth, but thanks to the Gonzalez home run picked up his 14th win of the season.

Carlos Frias, who pitched six scoreless innings in a spot start on Wednesday, breezed through the seventh and eighth innings, retiring all six batters he faced. On a day with closer Kenley Jansen unavailable after pitching two straight days and four of the last five days, and with Brian Wilson "on the borderline" after pitching two straight days and three of four days, Frias provided the bullpen a huge boost, as did the offense in the bottom of the seventh.

"The seventh was a big inning," Mattingly said "[Frias] was able to come in and slam the door, and we were able to break out more."

In 22⅓ innings since joining the Dodgers, Frias has 16 strikeouts and three walks to go with a 3.63 ERA. He could find himself pitching important innings down the stretch for the Dodgers in September, and possibly beyond.

"He may be a guy that helps us in the middle innings. He's a guy with power stuff, with movement," Mattingly said. "We've been kind of searching to clean those innings up."

The Dodgers finished 15-4 against the Diamondbacks this season.