LOS ANGELES -- Tempers flared in the seventh inning of the Dodgers' 7-2 win over the Diamondbacks on Sunday, when two Dodgers were ejected after one of their own players was hit by a pitch. But the animosity wasn't directed toward Arizona, but rather the umpiring crew

Both manager Don Mattingly and Monday starting pitcher Clayton Kershaw got the heave-ho in separate arguments in the bottom of the seventh inning.

After home runs by Adrian Gonzalez and Matt Kemp gave the Dodgers a 7-2 cushion in the seventh, Diamondbacks reliever Oliver Perez hit Andre Ethier in the back just above the belt with a 79-mph pitch.

That brought an immediate warning to both benches by home plate umpire Scott Barry, which drew the ire of Mattingly.

"It was a slider, man," said Kemp. "They were just jumping the gun a little too much. It's a pitch that doesn't really hurt too much."

"Dre got hit with a slider, they weren't trying to hit him," said Gonzalez.

Mattingly was ejected by Barry for arguing, and in the ensuing chaos Kershaw was ejected by second base umpire Laz Diaz for yelling something from the bench.

"To me, you don't give warnings until after. There was no reason to say we'll do anything. We're smart enough to know that he hit him with a breaking ball," Mattingly explained. "If he hits him with a fastball in the middle of the back after two home runs, that's something different, but I don't think any of us thought he hit him on purpose." 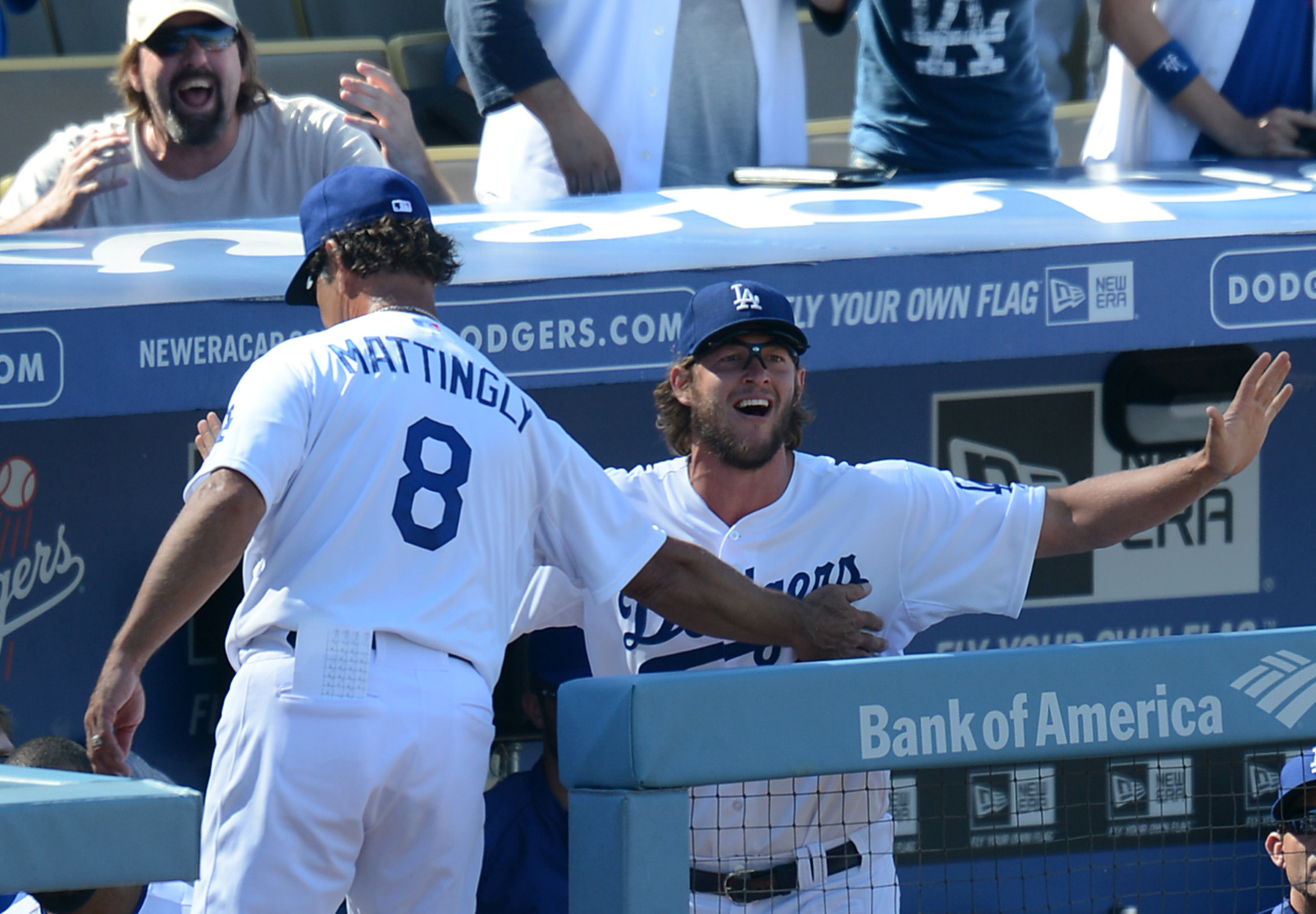 Zack Greinke, who got the win on Sunday, disagreed with his manager about the warnings.

"After back-to-back home runs, sometimes pitchers get mad. I don't know if he did it on purpose or not but I thought it was a good idea by the umpire," Greinke said. "I don't think everyone agrees with me, but nothing happened afterward, and that's really the key."

The ejection was the third of the season for Mattingly, and 15th of his career. Kershaw has been ejected three times, though this was the first instance in 2014.

The Dodgers after bidding farewell to the Diamondbacks will play their final series of the season against the Padres, beginning Monday night at Dodger Stadium. Kershaw gets the call in the opener for the Dodgers, facing Odrisamer Despaigne for San Diego.