A stroll though acrimonious arbitration history

Share All sharing options for: A stroll though acrimonious arbitration history

With salary arbitration upon us this week — filing day is Tuesday, with salary figures exchanged on Friday — here is a look back at some memorable Dodgers cases from over three decades ago.

Valenzuela won his arbitration case, while Guerrero lost. Guerrero was not happy.

"I'm very upset by it," Guerrero said, as recalled by Tim Kurkjian of the Dallas Morning News a year later. "They're wrong, that's all."

But Guerrero didn't stop there, also adding, "I hope the jerk that made the decision, the arbitrator, dies."

"I hope the jerk that made the decision, the arbitrator, dies." -Pedro Guerrero, 1983

But with $1 million as his salary baseline, Hershiser sought a raise to $1.1 million in 1987. The Dodgers countered at $800,000, the maximum 20-percent cut allowed by the collective bargaining agreement.

"Some people have a career year early and that doesn't mean he should be paid for that one year the rest of his career," Dodgers general manager Al Campanis told Tracy Ringolsby of the Dallas Morning News. "Guys got huge raises and might be one-year pops, like the guy with Detroit (Mark Fidrych) who talked to the ball."

Hershiser became the second in arbitration to take a paycut.

"There's no hard feelings," Campanis told the Associated Press. "I was in the arbitration (when arguments were made Thursday) and after it was over he came over and we shook hands, and he put his arm around me."

"The arbitrator made it clear when he brought his decision down that he didn't view it as a cut. I think the weight fell on what was my '86 season worth, not what I got paid in '85," Hershiser told the Associated Press. "Instead of your salary being just decided by the club, you're allowed to go to a neutral party."

Last spring, Dodgers manager Don Mattingly recalled some contentious arbitration battles with Yankees owner George Steinbrenner, but said as a player he never took anything personally. But several players do, especially when during an arbitration hearing they hear things said by the team about them that are less than flattering.

Like when Mike Scioscia finished second in the National League with a .407 on-base percentage in 1985, only to hear the Dodgers argue during his arbitration hearing the next winter that the slow-footed catcher actually got on base too much, and was hurting the offense while clogging up the bases.

Greg Brock hit .251/.332/.438, a 118 OPS+ with 21 home runs and 66 RBI for the Dodgers in 1985, his third year as the Dodgers first baseman. It would be Brock's best season, but he continually suffered from not being Steve Garvey, despite putting up better numbers than post-Dodgers Garvey. 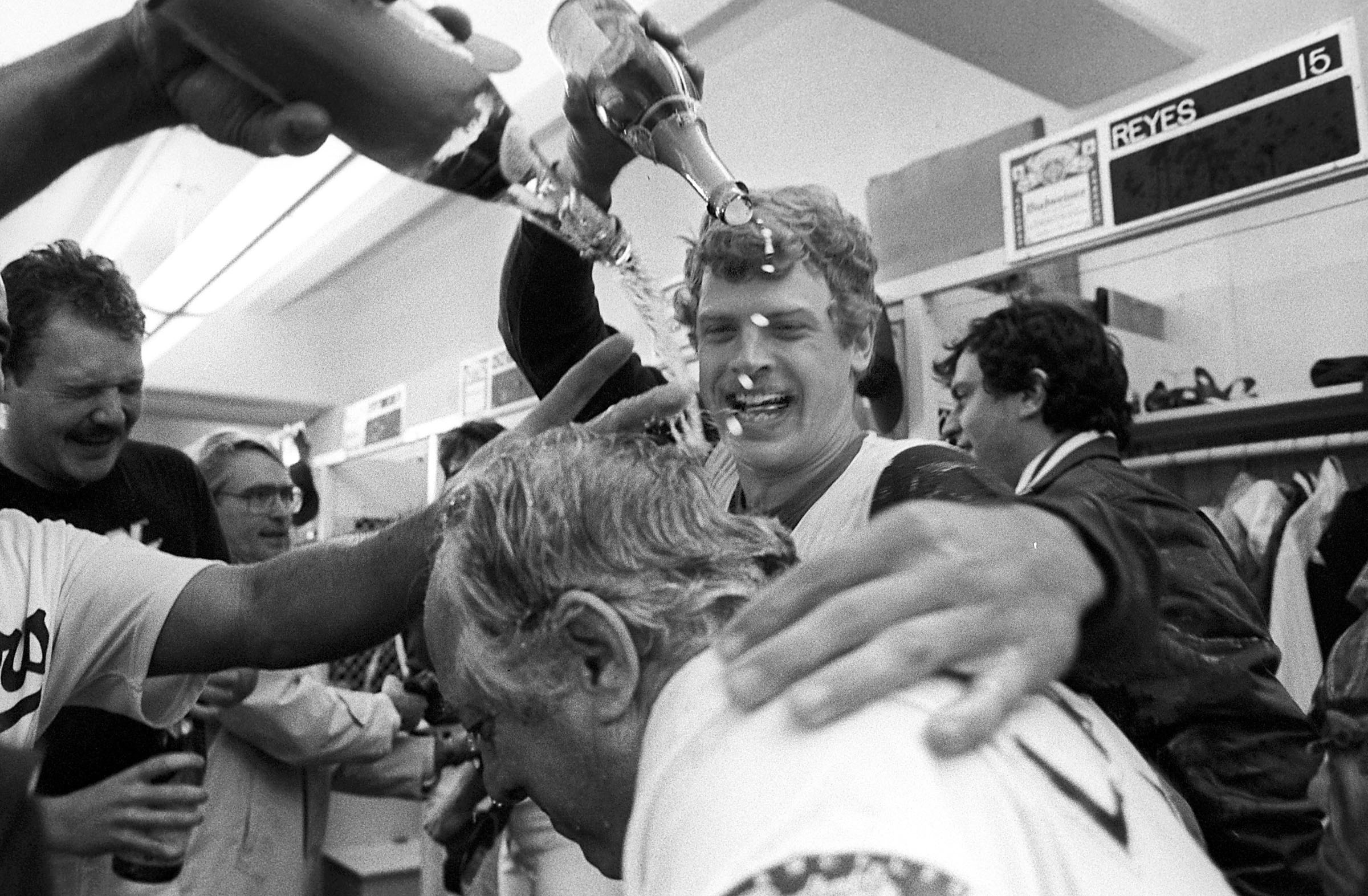 Brock through arbitration asked for $440,000, a raise from the $150,000 he earned in 1985. The Dodgers countered at $325,000, and prevailed in the case. It wasn't the loss that irked Brock — after all, he received a 117-percent raise — but rather that Dodgers attorney Bob Walker saying during the hearing that Brock might not be the Dodgers first baseman in 1986.

"I had to listen to a guy (Walker) who doesn't know a thing about baseball telling me I have to make the team this spring and prove I can hit left-handers," Brock said, per wire reports in the Eugene Register-Guard.