Largely a gamble on potential, Dodgers minor league pitcher Zachary Bird turned in a 2014 season that featured more polish than you’d expect from a 20-year-old in A-ball. Bird put his 2013 struggles in Great Lakes behind him to take his turn in the rotation 24 times with credible results. While he may be a little over-billed as an athlete, Bird still flashes the potential to be a quality innings eater in the middle of a rotation. Should he improve his control and smooth out his arm action a little further, Bird could see an uptick in both velocity and his future projection.

The first thing that stands out when you watch Bird is his impressive frame for a 20-year-old arm. Listed at 6’4 205 lbs., Bird looks solidly built with broad shoulders and long levers. Bird allows his height to play up on the mound by pitching from a high three-quarters slot that gives his pitches a proper plane to home plate. He doesn’t use his length quite as much as you’d like to create extension toward home plate, but rather stays fairly tall in his delivery.

Bird’s size suggests durability, and he hasn’t disappointed in that regard, seeing at least 20 starts in both his full minor league seasons, though his overall innings total has likely been monitored due to his age. Bird has the frame to carry an extra 20 lbs. with ease and has already begun filling out since being drafted.

Some reports suggest that Bird is a phenomenal athlete, and based on his size, he does a decent job of controlling his long arms and legs. However, I do notice a bit of stiffness in his delivery you normally wouldn’t associate with highly athletic arms. Bird’s lower body looks loose and consistent, with a high leg kick and consistency in his stride. It’s the upper body at times that looks stiff, as Bird tends to drag his arm behind his body and shows rigidity in his wrist and elbow. I don’t necessarily see this as an injury concern but instead something that cuts off the potential to add more velocity and a cause for his overall poor command and average control. He’s smoothed this out some since high school, and he still has plenty of minor league innings ahead of him to clean this up. 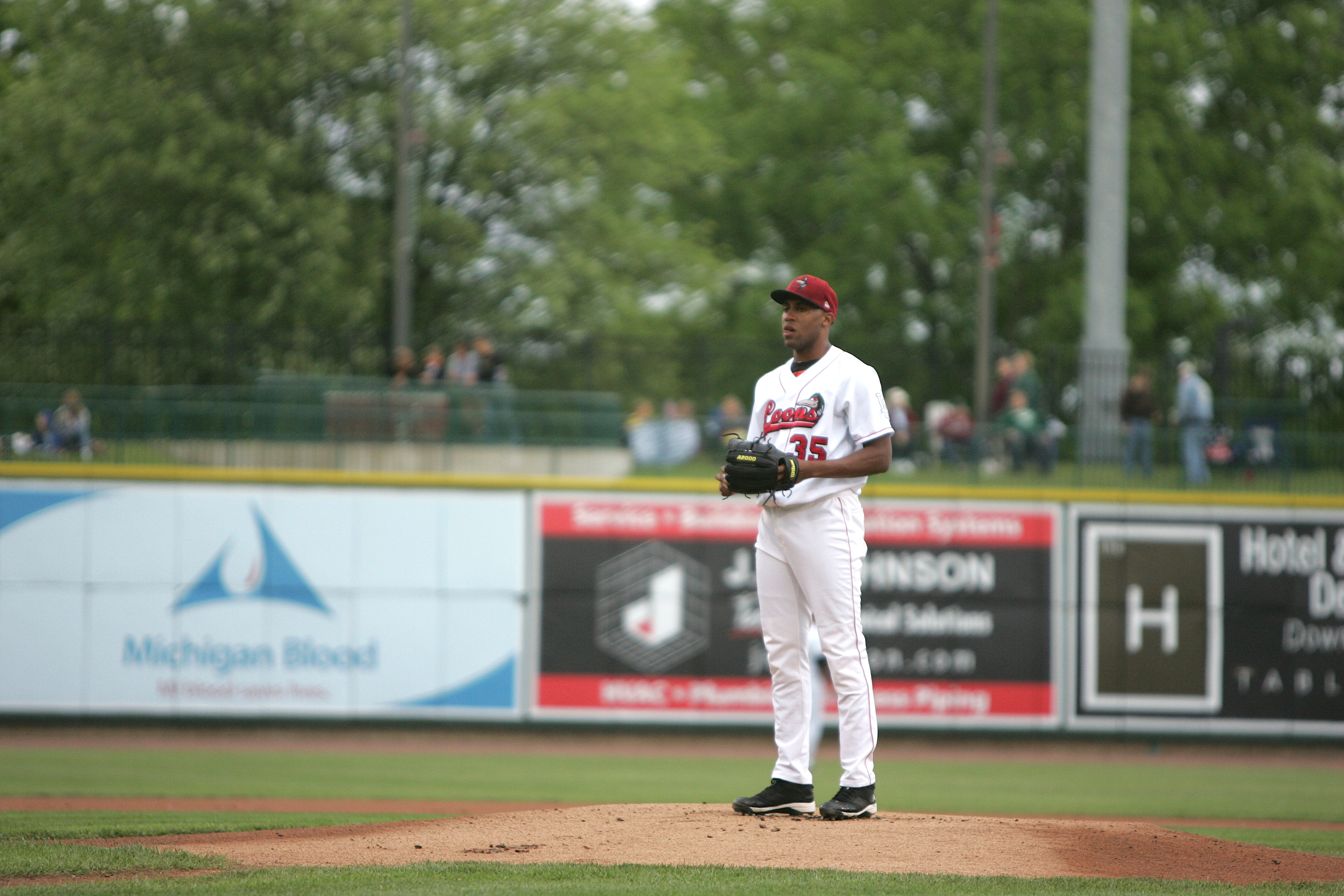 Bird’s stuff has also sharpened in two years since being drafted, with several reports now suggesting he can reach the mid-90s at peak velocity. His mechanics don’t produce a great deal of deception, but his fastball is thrown at a solid plane with decent sink.

Bird’s breaking ball takes two shapes; a loopy curveball at 1-7 tilt, and a harder slider on the same plane. I’m not sure the curveball will still play at higher levels; it’s not a sharp break, can pop out of his hand, and may be no more than a show-me pitch moving forward. The slider has the chance to be a real out pitch, but his control and command of the pitch are not where they should be to produce consistent results at the upper levels. Bird also has a change-up, but I did not see enough of it to be able to evaluate.

Bird performed well enough at the Low-A level to warrant a promotion to High-A Rancho Cucamonga in 2015. He won’t turn 21 until mid July, so he should be one of the younger players at the level, and this should be noted when we evaluate his performance this year. He’s probably a year or so ahead of the curve despite spending a season and a half in Great Lakes, and may need time to settle in at this level, too.

His overall stuff package is good enough to survive in the California League, but his lack of command could get exposed here. It’s also possible that we see major leaps in improvement from Bird at this level. He’s at an age where significant gains are within the realm of possibility, and his incremental improvement each year shows his acumen to make adjustments.

Bird likely won’t reach a ceiling higher than No. 3 starter, but if he can add more consistent velocity and sharpen the command of his slider, Bird could still profile as an innings-eating strikeout pitcher in the middle of the rotation that teams often struggle to find. He’s at least two years away from any legitimate shots at reaching the major leagues, but he’s an interesting upside arm to file away with potential dividends down the road.