Dodgers and the continual pursuit of relief

Share All sharing options for: Dodgers and the continual pursuit of relief

LOS ANGELES -- With all their offseason moves the bulk of Dodgers major transactions appear to be done as we inch closer to spring training. But one place they could add is in the bullpen, with the team reportedly looking to add a "late-inning reliever," per Jon Morosi of Fox Sports.

To date the Dodgers this offseason have brought in Joel Peralta, Chris Hatcher and Juan Nicasio, all of whom figure to have a role in the 2015 bullpen. But the interest in adding more relief fits with what president of baseball operations Andrew Friedman said in December.

"It's against my nature to ever feel comfortable with the bullpen in the offseason. It's so difficult to predict year to year," Friedman said. "It's something that we'll continue to be mindful of and thinking through."

In free agency there are still some options with late-inning experience on the market, most former closers.

Rodriguez is 33 and has struck out at least a batter an inning in all of his 12 major league seasons. His 27.2-percent strikeout rate in 2014 was near his 29.2-percent career rate, and his 6.7-percent walk rate was a career best. He put up a 3.04 ERA with the Brewers last year, but in near Huston Street fashion gave up the bulk of his runs via home runs. Rodriguez allowed 23 runs all year, with 16 runs scoring on his career-worst 14 home runs allowed.

Chamberlain is the youngest of this quintet at 29, and unlike the others won't have the Big C closer price tag attached, with all of nine career saves. The right-hander struck out 59 and walked 24 in 63 innings for the Tigers last year, with a 3.57 ERA and 3.16 FIP. Chamberlain struck out 22.4 percent of batters faced in 2014, and has a 21-percent strikeout rate over the last six years. 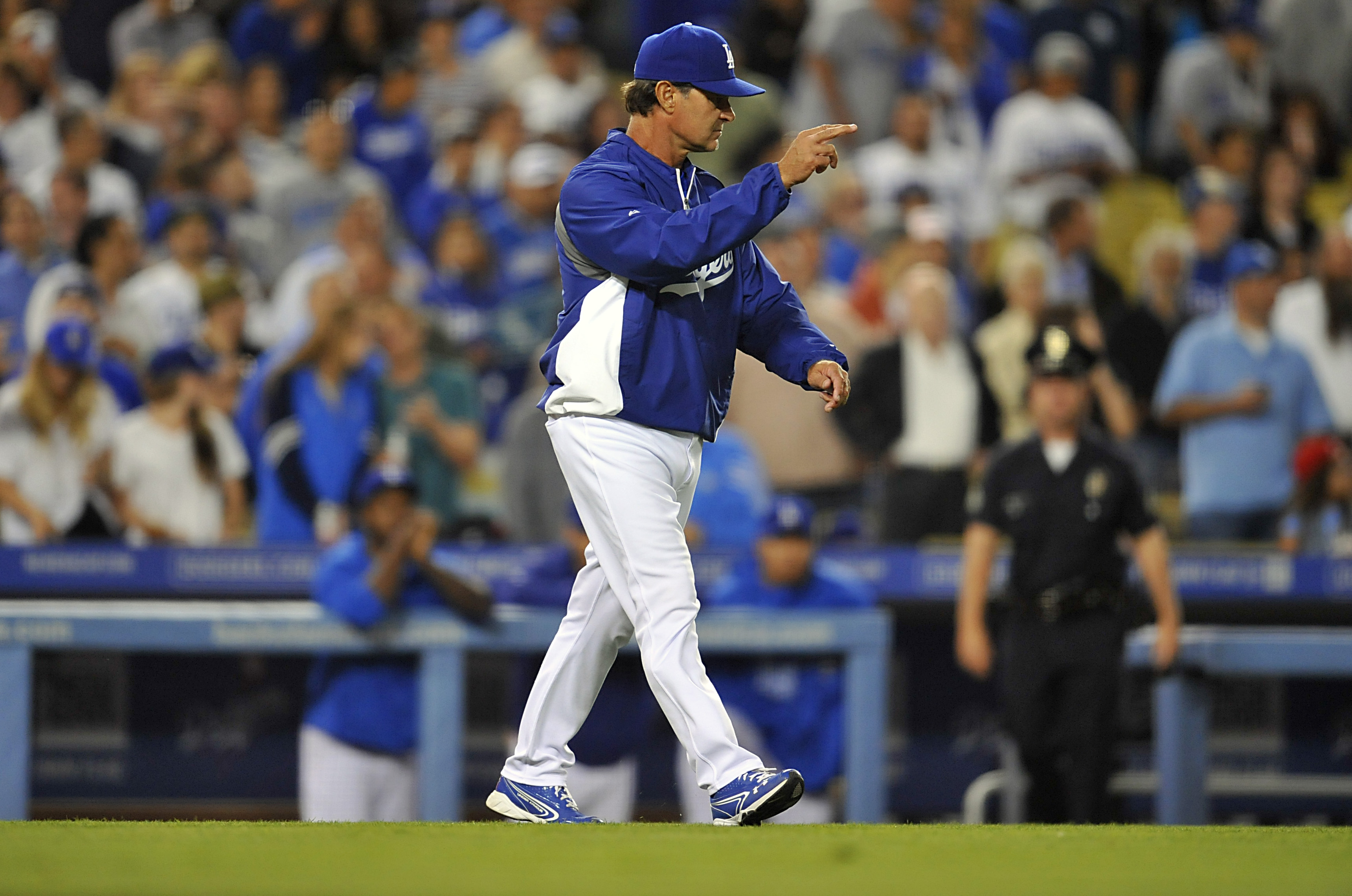 Andrew Friedman on building a bullpen, on Nov. 7: "It's about having as many good options as you can down there, and giving Donny and Honey different looks from different guys." (Photo: Gary A. Vasquez | USA Today Sports)

However, it is unclear whether the Dodgers necessarily want to add a free agent relief pitcher, or look for a trade. General manager Farhan Zaidi addressed the market for late-inning relievers on New Year's Eve.

"There are always trade options for those type of guys, particularly as teams start nearing their own payroll and budget limits, and might be looking to move guys like that who are making some money," Zaidi said. "That kind of guy would come more likely in trade than via free agency."

This opens up a much wider net of players, depending on the class of pitcher available. Here are some speculative possibilities in trade.

The Phillies closer has one year and $13 million remaining on his contract, and with Philadelphia out of contention it's just a matter of coming close to satisfying general manager Ruben Amaro Jr's demands in return. Papelbon, 34, put up a 2.04 ERA and 2.53 FIP while saving 39 games in 2014. He has put up a sub-3.00 ERA in every year of his career but one (2010), and has a FIP of 3.05 or below in eight of the last nine years.

Marshall, 32, is coming off left shoulder surgery to repair a torn labrum in 2014, repairing a problem that plagued him for most of the last two years, but before that was one of the best relievers in the game. From 2010-2013, the left-hander put up a 2.44 ERA, 2.11 FIP, and averaged 62 games per year while striking out 27.9 percent of batters faced and walking only 6.6 percent. Marshall is due $6.5 million in 2015 in the final season of a three-year contract on a Reds team that seems unlikely to contend.

Logan has had two surgeries to remove bone chips in his elbow in the last two years, with the latest procedure in September an attempt to finish the 2013 procedure from which he didn't fully recover. The left-hander hit the disabled list four times in his first season with the Rockies, and has two years and $11.75 million remaining on his contract. From 2012-2014, Logan, 30, has a 4.64 ERA and 4.33 FIP, inflated thanks in large part to a quarter of his fly balls ending up home runs during that span. During those last three years, Logan has also struck out 29.8 percent of his hitters face, walked 9.7 percent, putting up an xFIP of 2.77 and a SIERA of 2.53.

"It's against my nature to ever feel comfortable with the bullpen in the offseason." -Andrew Friedman

It seems highly unlikely the Royals would be willing to part with any of their back-end bullpen trio of Greg Holland, Wade Davis or especially Kelvin Herrera, the latter with four years until free agency. The only way one would be available is if Kansas City was over budget, and that seems unlikely after the windfall of their extended 2014 postseason run.

If Perkins, 32 in March, were available, he'd be a great addition to the bullpen, with four straight years of at least a 25-percent strikeout rate, three straight years of a walk rate of 6.3 percent or less to go with his 2.74 ERA and 2.80 FIP from 2011-2014. But the Twins seem perfectly happy with Perkins, a Minnesota native, as their closer, with the $18.15 million and three years remaining on his contract, plus a club option for 2018, well within their budget. Put it this way: if the Twins were in rebuild mode, they would have made other trades by now, and probably wouldn't have signed Ervin Santana to a four-year, $55 million deal.

File Perkins away as a pipe dream, along with the Kansas City pair. But the rest of these pitchers should be available, if the price is right.