Share All sharing options for: Ben Rowen and the Dan Quisenberry ideal

The Dodgers last week signed pitcher Ben Rowen to a minor league contract, a 26-year-old right-hander who made his major league debut in 2014 with the Rangers, but was released by Texas in December. Rowen will be in big league camp as a non-roster invitee.

What makes Rowen unique is his submarine pitching style, nearly scraping the mound at times during his delivery. That, and topping out in the mid-80s on the radar gun.

"I don’t look at the radar too often, but my fastball is usually around 80 mph. It’s between 78-82. I throw my slider somewhere between 70-75," Rowen told David Lauria of FanGraphs in February 2014. The east-to-west slider and the one that goes up are similar speeds. I guess sometimes my slider will creep down into the 60s, but it typically stays around there."

Rowen pitched in eight games in relief for the Rangers in 2014 after five impressive seasons in the minors. He has a 1.72 ERA in 177 minor league games, with 214 strikeouts and 61 walks in 262 innings. The natural sink on his pitches makes him an extreme ground ball pitcher, with six home runs allowed to 1,040 minor league batters faced.

Rowen's average fastball in his eight games with the Rangers, and all of 39 batters faced, was 79.2 mph per FanGraphs. Among the nine slowest average fastballs in 2014, there are eight position players, and Rowen. Brad Ziegler of the Diamondbacks, another submariner, averaged 84.6 mph in 2014, by comparison.

It's likely the signing of Rowen won't amount to much other than providing depth for the bullpen in Triple-A Oklahoma City, but the hope with any submariner is that he eventually becomes Dan Quisenberry.

That hope or expectation certainly isn't fair to Rowen, nor to Quisenberry, just like thinking Pedro Baez might be the next Kenley Jansen because both converted to pitching after failing as a position player. That Rowen has made it this far is a great story in itself, and it gives us a reminder of just how great Quisenberry was.

Quisenberry was a Southern California kid, like Rowen. Quisenberry went to Costa Mesa High School, then pitched at Orange Coast College and the University of La Verne. Rowen played high school ball at Rancho Palos Verdes High School, then unsuccessfully tried to walk-on at USC before settling at Virginia Tech. 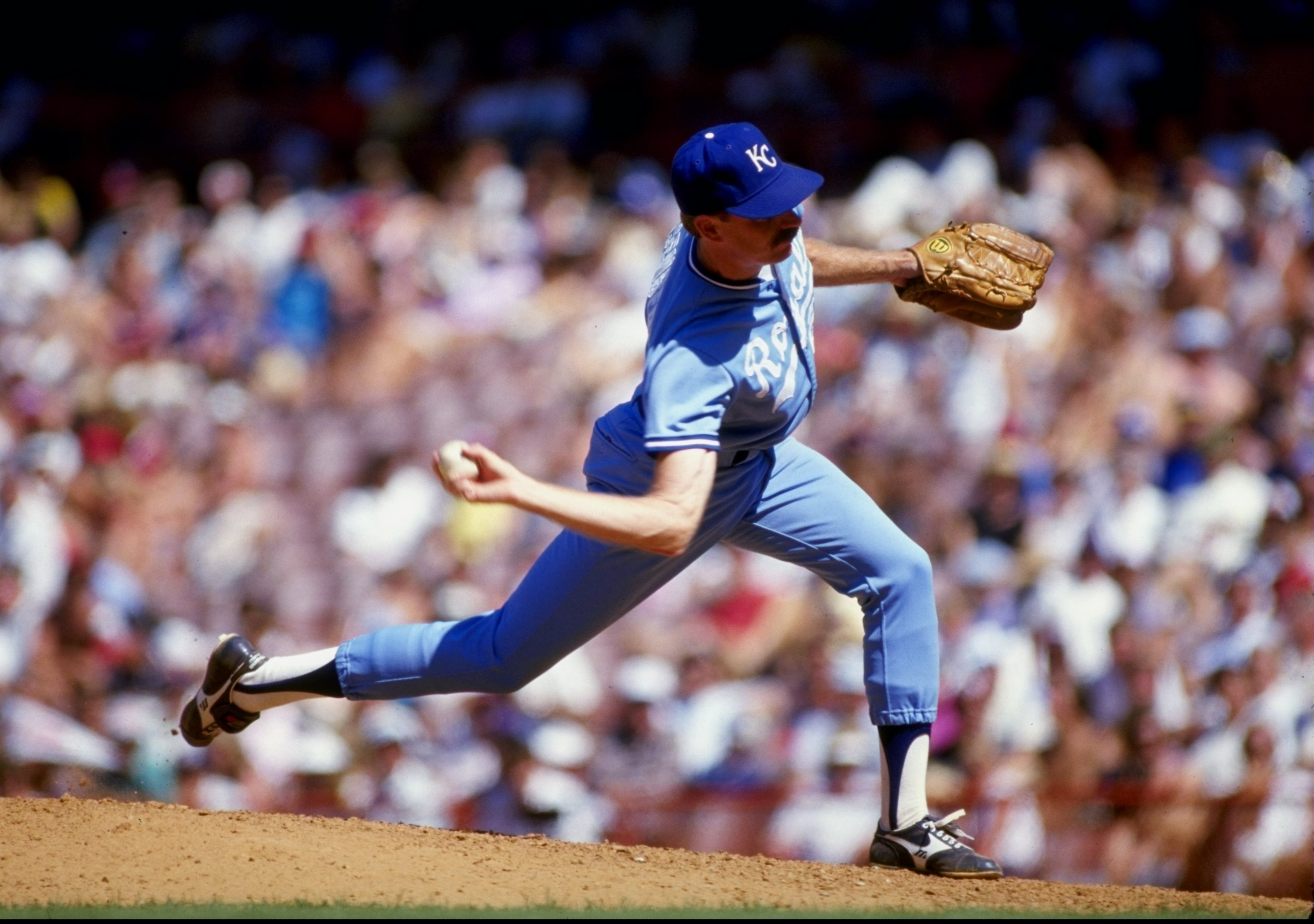 Quisenberry, signed by the Royals as an undrafted free agent in 1975 made his major league debut in 1979 at age 26. From 1980-1985 Quisenberry led the league in saves five times in six years, and put up a 2.45 ERA and 165 ERA+ while tossing more relief innings during that span (724⅔) than anyone else. He finished top five in American League Cy Young Award balloting five times, including second place in 1983 and 1984.

The three-time All-Star finished his career with a 146 ERA+ in 12 seasons, a mark that is ninth all-time among major league pitchers with at least 1,000 innings. Among relief pitchers, only Mariano Rivera (205) is better.

Quisenberry did all of this despite, like Rowen, topping out in the mid-80s with his fastball, relying instead on deception, movement, and impeccable control. Quisenberry's career strikeout rate is 8.9 percent, with just 3.3 strikeouts per nine innings.

Quisenberry struck out 379 batters in his career, four fewer than Nolan Ryan did in 1973.

Joe Posnanski made a case for Quisenberry to be inducted to the Hall of Fame in 2013, for NBC Sports:

Nobody grows up hoping to be Dan Quisenberry — even Dan Quisenberry didn’t grow up hoping for that. He was a semi-conventional pitcher when he played for the University of La Verne. He was not drafted, of course. He was not viewed as a prospect of any kind even though he pitched well in the minor leagues. How could they view him as a prospect when he offered no tools whatsoever? Think of the conversation.

GM: Tell me about Quisenberry. How’s his fastball?
Scout: Nonexistent. Probably throws 80 mph.
GM: That’s top speed?
Scout: I haven’t seen a faster one. It has some sinking action to it.
GM: OK, how about the curve?
Scout: Yeah, not really.
GM: What do you mean, ‘Not really?’ He doesn’t have a curve?
Scout: He throws one. But, you know, it doesn’t really curve. The less he throws it the better.
GM: Slider?
Scout: Nope.
GM: Change-up?
Scout: Not really, no. They’re all change-ups.
GM: Knuckler? Screwball? Spitter?
Scout: No. No. No.
GM: So what does he throw?
Scout: Well, like I said, that fastball has some sinking action to it.
GM: You’re telling me the guy throw an 80-mph sinker? That’s all he throws?
Scout: Well, sometimes he’ll throw it 75.

But with that low strikeout rate for Quisenberry also came a ridiculously low walk rate. He walked just 1.40 batters per nine innings in his career, and his walk rate was among the best all-time.

But it gets even better. Of Quisenberry's 162 career walks, a whopping 70 were intentional, making his unintentional walk rate a miniscule 2.20 percent. We only have intentional walk data going back to 1955 so it's difficult to compare eras, but Quisenberry may well have been the best control pitcher of all-time.

Rowen made his major league debut at a younger age than Quiseberry, 301 days earlier. While asking Rowen to be the next Quisenberry is far too much, it will be fun if we get to see someone that unique at the major league level.