Share All sharing options for: Dodgers announce 'We Love LA' marketing slogan for 2015 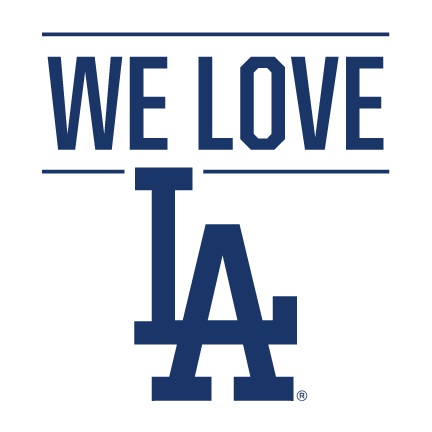 LOS ANGELES -- The Dodgers unveiled their new marketing slogan for 2015 on Friday. "We Love LA" will be used in various forms of advertising and marketing, as well as online and at the stadium.

"Since 1958, the fans of Southern California have had a love affair with the Dodgers, our broadcasters and Dodger Stadium, and the feeling has been mutual," Dodgers chief marketing officer Lon Rosen said via press release. "What better way to express our admiration to our fans for their overwhelming support than with this year’s slogan, `We Love LA’"

What do you think?