As the oldest prospect on this 2015 Dodgers top 20 list, Pedro Baez likely holds the distinction as the one player most everyone reading has seen enough to have formulated a solid opinion on his future. Baez has seemingly been a prospect since I became interested in the minor leagues, but this should finally be the year he graduates from the system as a useful member of the Dodgers’ bullpen.

While some fans may hope Baez takes the same career path as fellow positional convert Kenley Jansen, and the two share similarities in their style and approach, Baez lacks the same deception on his fastball to miss bats at the same rate, lowering his overall upside. With setup man upside, Baez is ready right now to cash in on that potential and provide value in 2015 to the parent club, leading to his ranking at number 12.

It seems too convenient to compare Baez to Jansen based on their similar career paths as plus-armed fielders moved to the mound, but there’s quite a bit to be said for the comparison. Like Jansen, Baez comes at hitters almost exclusively with a mid-90s fastball that he consistently throws in the zone. Baez’s fastball has little fluctuation velocity-wise in most outings, generally sitting 94-96 mph, and the pitch has some sink and arm-side run.

Baez has little trouble throwing strikes with the fastball, but where he can get himself in trouble is finding too much of the plate with the pitch. Because he throws the pitch almost exclusively, the deeper Baez gets in a count, the more likely the hitter is to pick up the timing and battle him until he makes a mistake. Luckily, because Baez throws hard consistently, he will face some batters that just can’t catch up to the heat.

Like many infield converts, Baez’s mechanics are fairly straightforward and in his case, are quite consistent. The former third baseman uses a simple drop and drive delivery and brings the ball in on a lower plane than Jansen, and subsequently tends to keep the ball up the in zone. That’s not a major problem because he has the velocity to get away with it, but it does make him a flyball pitcher.

Because his mechanics are fairly routine, Baez doesn’t give his fastball much deception, and over longer at-bats or outings, opposing teams can pick up the timing on the pitch. To his credit, his clean mechanics give him more consistency from outing to outing, and this reliability will make him an asset in the middle of a bullpen, and should make him a regular 70+ inning reliever. 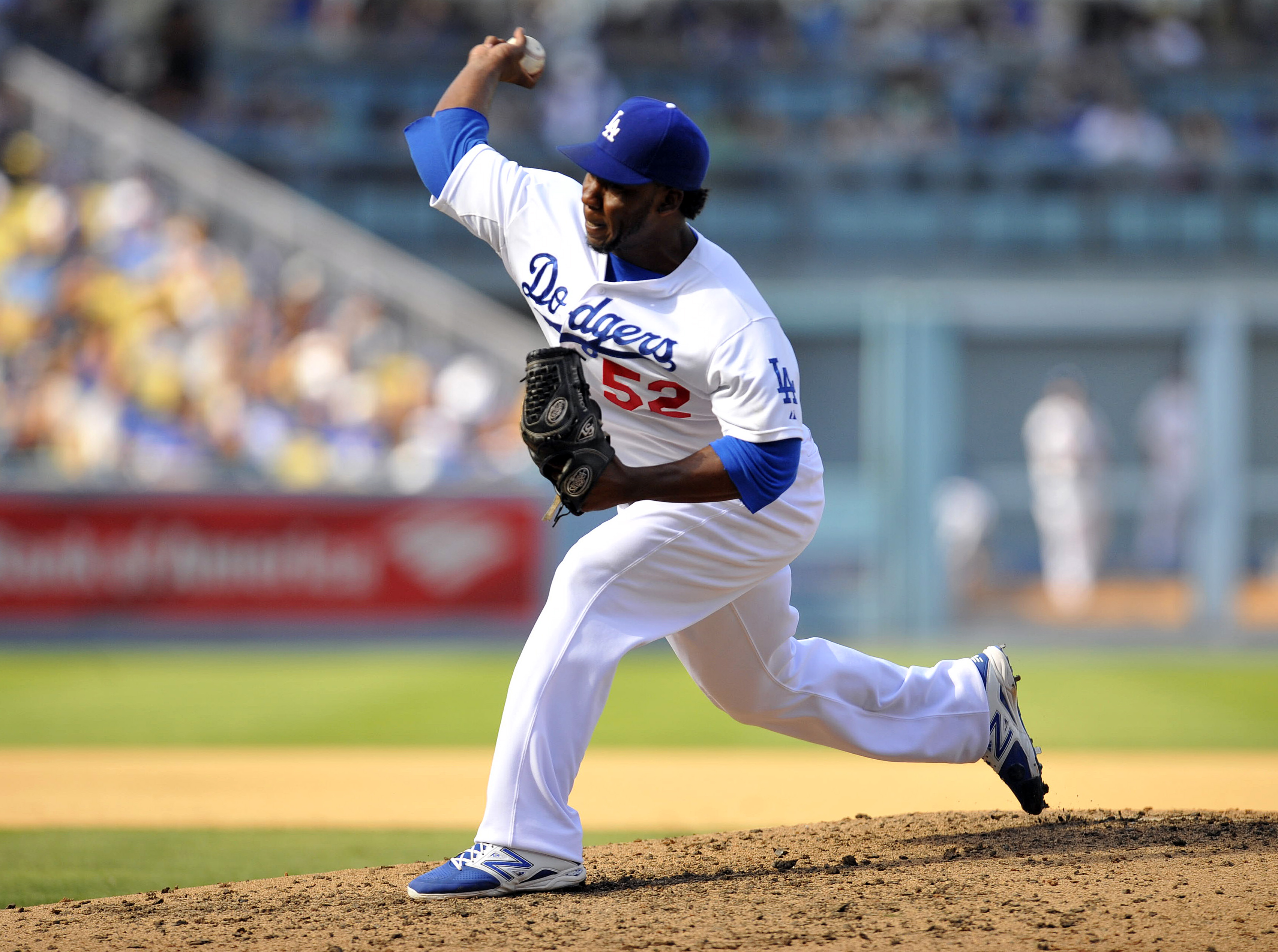 The difference between Baez becoming a solid seventh-inning arm to a late-inning dynamo will be the development and trust in his off-speed pitches. Baez is still fairly new to pitching and he hasn’t had the need to refine his other pitches because he’s found so much early success with the fastball.

Baez’s slider probably has the most potential to be a quality out pitch, because when he locates it down it has a hard break that’s hard to pick up because the plane of the pitch mirrors his fastball. He can flatten out the pitch when he leaves it up and it can appear loopy at times. Baez’s changeup has the same arm-side run of his fastball, but he shows the least amount of confidence in it, trying to nibble with the location and slowing his arm down. He only needs one of the two to take a step forward to take hitters off his fastball, and he has the mechanics to throw strikes with either pitch.

Baez should be ready for a regular bullpen role in 2015 and should graduate from this list by May if he remains consistent. Whether or not he becomes a late inning complement to Jansen will depend on him cleaning up one of his two off-speed pitches to give him an alternative look to his fastball and improve his strikeout rate.

Baez’s flyball tendencies shouldn’t hurt him in Chavez Ravine and if Crawford-Pederson-Puig settles in as the regular outfield, could play to a team strength. Despite being old for a prospect, Baez still has potential because of his inexperience on the mound, and the key component missing seems to be trust in his off-speed pitches. He doesn’t have the deception in his delivery to get away with 90% fastballs like Jansen, so he will need improvement/confidence in either slider or change-up to take the next step forward.