Entering the off-season lacking in offensive depth on the farm, the Dodgers boosted their talent level in acquiring the versatile Austin Barnes, who has the upside to eventually start at multiple positions.

An unheralded player out of Arizona State, Barnes has taken to catching at the pro level and has increased his stock to the point that he was to feature in Baseball America’s Top 10 Marlins Prospects List prior to the trade. It’s too early to tell if he has the full defensive package to start at the major league level behind the plate, but the early look has been promising and he has the fallback of being decent second baseman to boot. At any rate, Barnes’ bat looks ready to crack the big leagues, and the Dodgers may see a quick return on their acquisition in 2015.

Barnes overall physical profile doesn’t look significant on paper, but he has made the most of his frame and overachieves production-wise against his tools. Barnes appears to be a very quick player that can get to top speed quickly and runs pretty well underway. He’s not going to be a huge base stealing threat (especially if he stays behind the plate), but he has the instincts to reach the double digits, and should also be an asset in taking extra bases on hits. He’s well built for a listed 5’9 185 lbs and still has some room to add bulk without losing functionality.

It’s a little difficult to evaluate Barnes’ complete defensive profile based on the limitation of the video on him, but what you can see looks promising. Barnes has an above average arm for a catcher and almost plus arm for a second baseman. He has a quick transfer behind the plate and gets the ball to second on a line, with slight tail toward the right side. He appears very accurate with his throws and this is supported by his caught stealing rate last season.

At second base, Barnes shows good quickness to make plays in the hole and the strong arm to extend his range behind the second base bag. His hands work well at the position and should he ultimately fill a utility role, I believe he has the hands, quickness, and arm to handle third in spurts as well.

His defensive value may ultimately come from what he can provide behind the plate. He’s a better athlete than most catchers and I expect that his receiving skills are solid because of that, but still need to see him myself behind the plate over a longer period.

"One of the things that was most intriguing to us is his potential behind the plate," said Dodgers president of baseball operations Andrew Freidman. "But we also like what a good athlete he is, and the fact that he can kick out and play second and third." 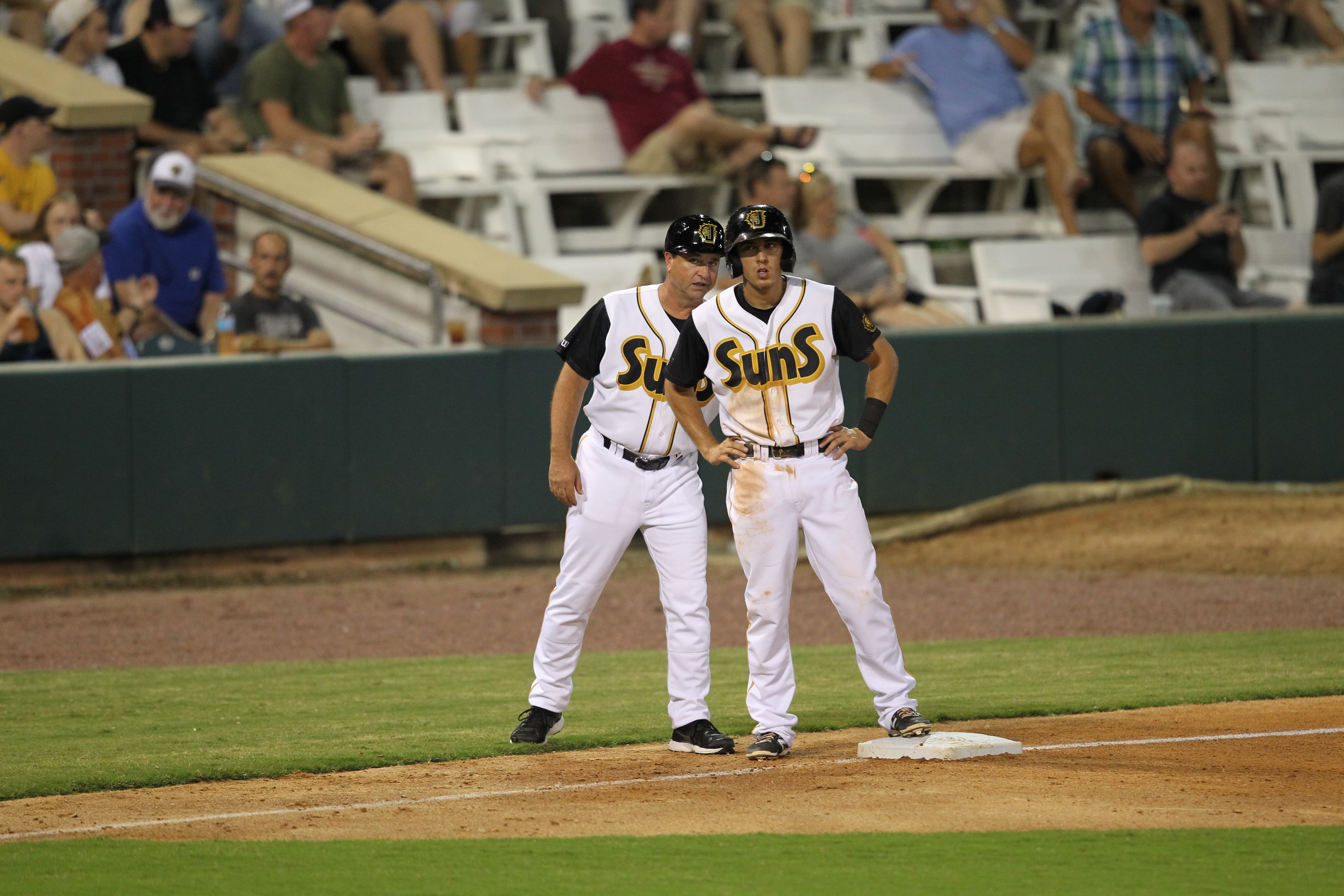 From a statistical standpoint, Barnes looks like an exciting offensive prospect. His overall tools, however, don’t suggest a future profile quite as good as his 2014 stat line.

Barnes’ set up at the plate is quiet, but his swing features both a high leg kick and high upper cut finish. Like many short, stocky hitters, Barnes does not get cheated in his swing and and looks to pull for power. Barnes swing can look long, but he gets his hands through the zone very quickly, and he’s shown he can catch up to fastballs inside and pull with power. His overall power potential may be somewhat reduced by his size and the parks he will play in, but 15 home runs annually doesn’t look like a stretch.

Statistically, Barnes looks like an extremely disciplined hitter with an excellent plate approach and batting eye. I’m a little concerned his swing length may not produce .300+ batting averages at the major league level, and walk rate doesn’t always translate, but he’s made a habit of outproducing expectations through his minor league career.

Barnes is not a young prospect and isn’t likely to improve his tools significantly in the next couple of seasons. What will define Barnes as a major leaguer will be how many of the skills (plate approach, defensive production) he showed in 2014 carry over to the major leagues. He exhibits many of the characteristics you see in players that maximize average tools at the big league level to produce above-average production with the bat and glove.

It’s hard for me to say he’s major-league ready defensively without seeing his receiving skills first hand, but the bat and arm look ready and Barnes should enter spring training with an outside chance of sticking. Most likely, Barnes will start 2015 in Triple-A and should have several avenues to the majors as either a utility bench option or an eventual replacement for A.J. Ellis should he struggle again at the plate.