LOS ANGELES -- Jimmy Rollins was formally introduced at Dodger Stadium on Wednesday afternoon, a key piece to the Dodgers' offseason roster makeover. If the longtime Phillies shortstop plays anywhere near as strong as his first impression was, his impact will be felt even after the one year remaining on his contract.

I have to admit, Rollins and Cooperstown was not a combination that I have thought of before, so I didn't have an immediate reaction to the praise one way or another. On quick glance, it may seem farfetched that Rollins and his career 97 OPS+ and 97 wRC+ would be inducted into the Hall of Fame, which is also the sense I got from the replies either on Twitter or in our own comments section.

But the way Zaidi said the words "Rollins" and "future Hall of Famer" seemed so natural and was delivered so matter-of-factly that it didn't seem like simply propping up the new guy.

Perhaps it is the way that Rollins carries himself that makes it easier to believe. Dodgers manager Don Mattingly called Rollins shortly after the trade, and the shortstop's first question to his new manager was about the locker room.

"I think maybe my first question was about leadership. What was the leadership in the clubhouse? Who does what? Who's quiet, who speaks out?" Rollins recalled. "He gave me the run down, and pretty much let me know how he wants me to fit in and what my role should be, not on the field but in the clubhouse, trying to be the glue that tries to hold everything together."

"One of his first acts in the organization was talking to the manager. It wasn't just Don talking to him. Jimmy was asking questions about players in the clubhouse, and what makes them tick. That was exciting for us to hear. He takes that responsibility seriously," Zaidi said. "It's easy to talk about yourself as a leader but to do the homework and try to understand personal dynamics and how to motivate people, that's clearly something he has a lot of experience with. 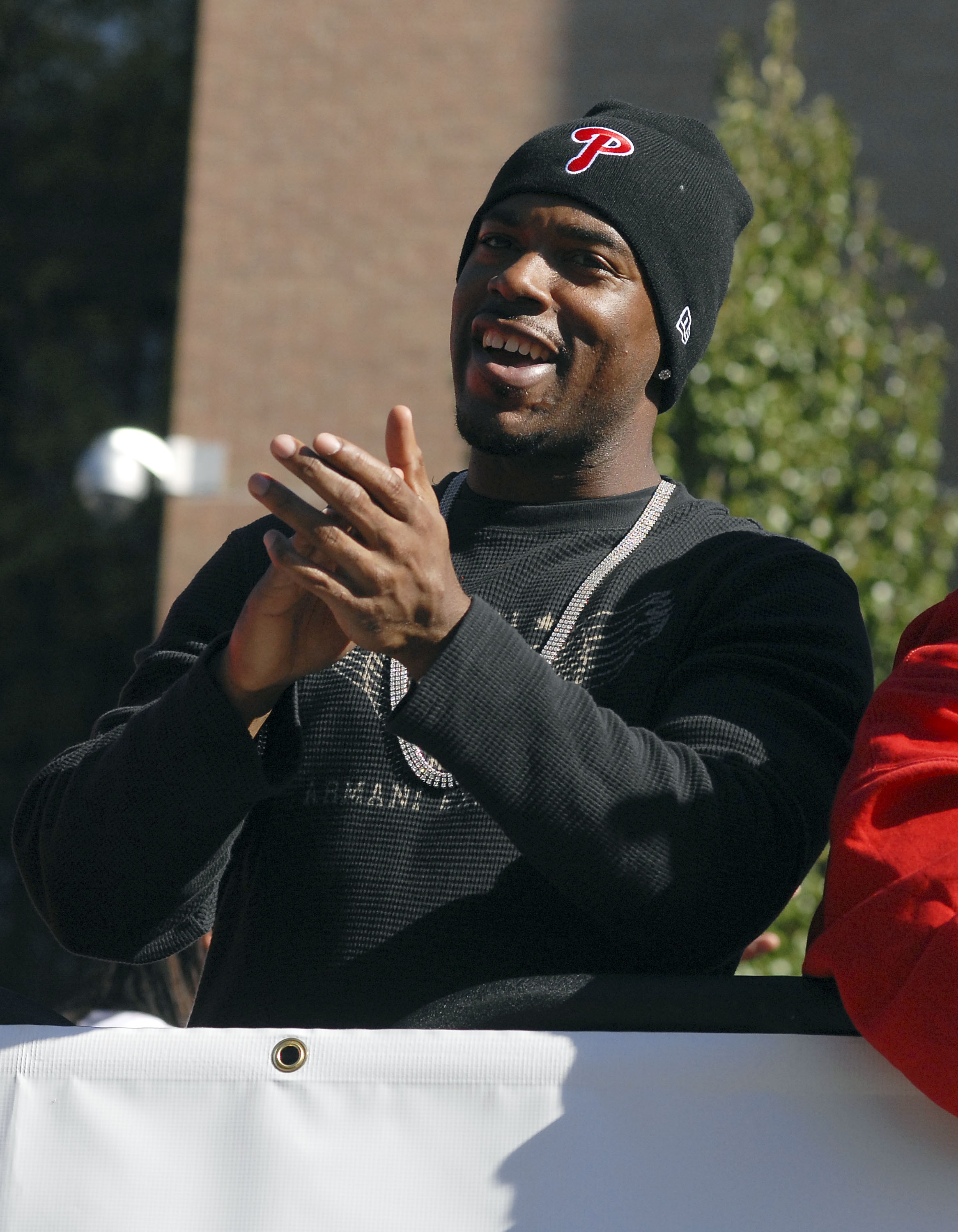 Rollins is one of only 13 shortstops to win an MVP award. But it isn't an automatic ticket to Cooperstown, as only five of the previous 12 are in the Hall of Fame (six are HOF-caliber, if we count the never-getting-in Alex Rodriguez).

Rollins does have 2,306 career hits. Averaging 139 hits per season for the next five years would get him to 3,000, but that might be difficult considering Rollins averaged 135 hits in his previous five seasons, including an injury-shortened 2010.

"He has the credibility to walk into the clubhouse, even in his first year with the team, and he will be heard."

Leadership is something Rollins believes comes with the territory of his job.

"The position of shortstop itself, if you accept everything that comes along with it, you're kind of already thrown into that position of being a leader," he said in December, once the trade with the Phillies became official.

Rollins, who was in Philadelphia for 15 years, thinks he has plenty to offer his new clubhouse.

"Obviously it starts with respect first. If they respect you, they're going to listen. They'll figure out pretty soon if you're just talking a bunch of hot air, or if what you're saying makes sense," Rollins said. "Hopefully they'll understand that what I'm saying makes sense and I'm here to win, and to push you to be at your best.

"You can never have too much leadership, if everybody is on the same page. Egos go aside, it's not about yourself, but getting the best out of the team."

Former Dodgers pitcher Josh Lindblom was traded to the Phillies in the Shane Victorino deal at the trade deadline in 2012, and has experienced Rollins' presence in the clubhouse firsthand.

"I will never forget Jimmy pulling me aside after I had given up the lead in Milwaukee and we eventually lost the game. He told me that they traded for me a reason and that I was a part of the team and they supported me," Lindblom said. "Being a young player hearing that was very comforting. I know that whatever clubhouse Jimmy goes into he will bring leadership not only from his words but his presence and actions."

Phillies second baseman Chase Utley, Rollins' double play partner for 12 years, released a statement after Rollins was traded saying, "I've said it time and again that Jimmy makes everyone around him better."

It's not just leadership the Dodgers expect from Rollins, who seems to have that in spades. The Dodgers need production from the shortstop position to replace Hanley Ramirez. On offense alone, Rollins won't fill that void, but factoring in defense, the gap at the very least narrows greatly if not disappears.

Rollins often was asked his predictions in Philadelphia, after correctly calling the Phillies the team to beat in the National League East in 2007, the first of five consecutive division titles. With the Dodgers, he has October aspirations.

It seems clear from day one that Rollins believes it.