For the Dodgers to ultimately accomplish their goal, winning a World Series for the first time in 27 years, they will first have to get through something they also haven't experienced in 27 years, a winner-take-all game. The National League Division Series is down to a best-of-one Game 5 on Thursday night at Dodger Stadium.

Here is a look at the winner-take-all games in Los Angeles Dodgers postseason history, with the last in 1988.

The Dodgers, like this year, were facing a Mets team that won the regular season series against them, with New York sending a 27-year-old member of a young and deep great starting pitching staff to the mound at Dodger Stadium, while Los Angeles was using its Cy Young candidate who that season had the longest scoreless-inning streak in baseball in at least two decades.

In 1988, the Dodgers chased current TBS broadcaster Ron Darling with a five-run second inning helped by errors from third baseman Gregg Jefferies and second baseman Wally Backman. The early 6-0 lead was more than enough for Orel Hershiser, who pitched a five-hit shutout and struck out Howard Johnson looking to end the game.

Hershiser was named series MVP with a win, a save and a 1.09 ERA in 24⅔ innings.

Two days after forcing a decisive Game 5 with a win in Game 4 — until Tuesday, this was the last time the Dodgers won an elimination game on the road — the Dodgers fell behind early in Montreal when Tim Raines and Andre Dawson doubled in the first inning, giving the Expos a 1-0 lead. Fernando Valenzuela recovered to pitch into the ninth, and didn't allow another run.

Valenzuela drove in the tying run with a ground out in the fifth inning, but this game is remembered as Blue Monday in Montreal because of the ninth inning, when Rick Monday hit a home run to center field off Steve Rogers to send the Dodgers to the World Series.

The first-ever division series was a result of the players' strike that split the regular season in two halves. The Dodgers fell behind 2-0 with a pair of road losses to the Astros, then won all three games at Dodger Stadium to capture the series.

Jerry Reuss pitched a five-hit shutout to close out the series, and the Dodgers broke open a close game with a walk, three hits and an error for three runs in the sixth inning. The Dodgers beat Nolan Ryan, who beat them with a complete game in Game 1 and also pitched a no-hitter against them in Houston just 15 days earlier. 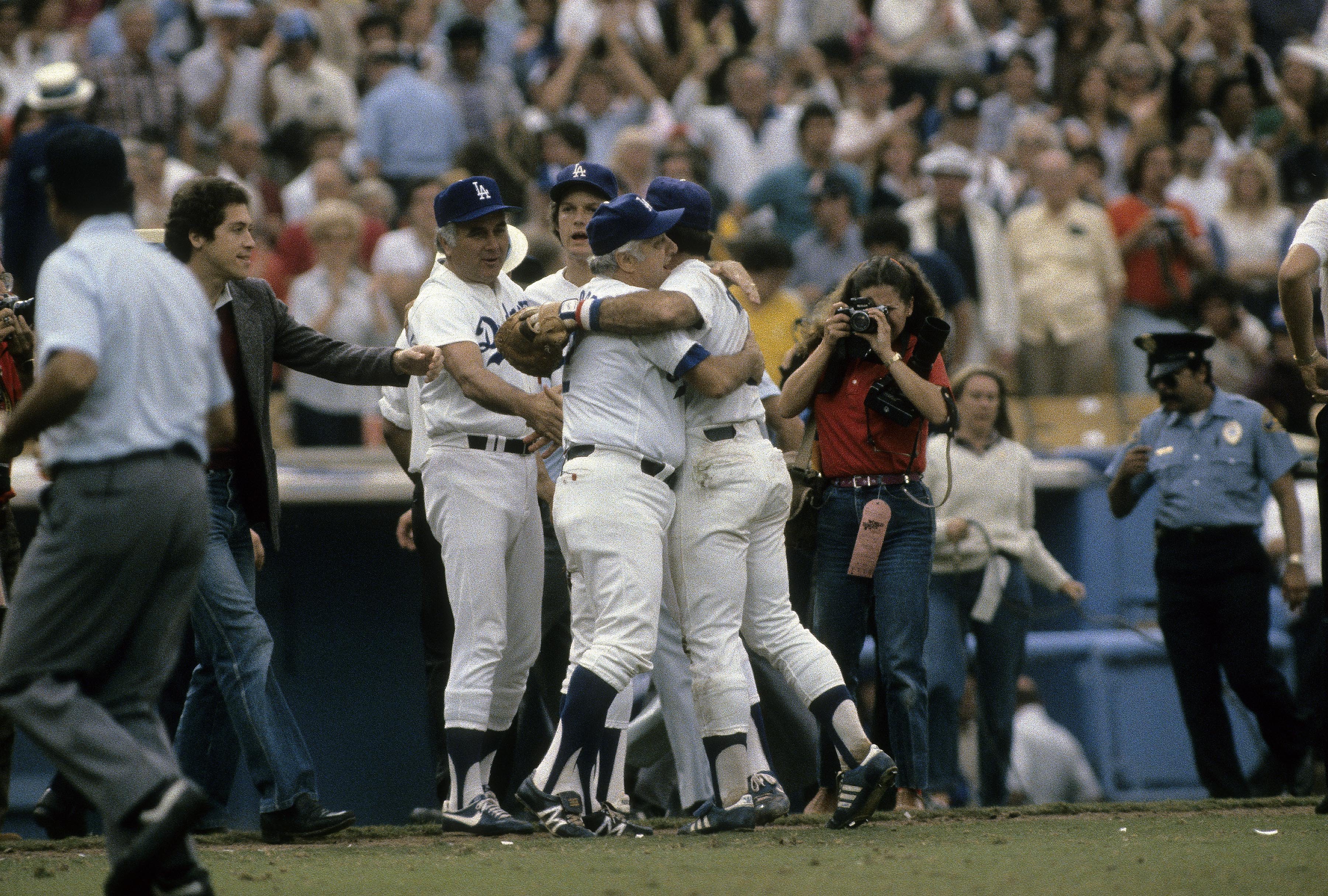 Lou Johnson homered in the fourth inning to give the Dodgers the lead they would never relinquish, securing his place in franchise lore.