Dodgers could get contributions from several rookies in 2016

Share All sharing options for: Dodgers could get contributions from several rookies in 2016

Arguably the most prevailing theme of baseball’s 2015 season was the strength of the rookie class. For the first half of the season, Dodgers’ center fielder Joc Pederson was a central member of this class, but for Los Angeles, the 2016 group could provide an even greater return. Despite deep pockets and the willingness to deal, the success of the Dodgers’ incoming class will go a long way in determining the strength of next year’s team.

As many as four rookies could take up position player spots on the 2016 Opening Day roster. Corey Seager headlines next year’s crop, as his September "breakout" will peg him as the early National League favorite for Rookie of the Year. Expectations will be high for Seager, as the offense will look to retool, and Seager has the tools to develop into a high average number-two or three-hole hitter as early as April. Seager’s left side defensive versatility will also play into the front office’s desire of adding flexibility to the roster.

Speaking of flexibility, Jose Peraza felt like a missing piece during the 2015 postseason. With several players slumping and little added value being provided by the bench, Peraza’s ability to make contact and utilize his 70-grade speed while filling in at numerous defensive positions could have given Mattingly a late game tactical advantage. For 2016, Peraza could vie for playing time at second base, shortstop, and centerfield. Should the Dodgers elect not to retain or fail to sign Howie Kendrick, Peraza becomes even more vital to the success of the 2016 team.

Scott Schebler pronounced his readiness with a power-filled September cameo. The surface numbers don’t look great for Schebler’s 2015 in Triple-A, but a peek at some advanced metrics suggest that Schebler could provide more power in the outfield corners than any left or right fielder produced in Los Angeles last season. Schebler has taken some steps forward athletically over the past season, even filling in at center field for Oklahoma City, and could be a better major leaguer than he ever was a prospect.

Whether or not Yasmani Grandal is healthy enough to start the season after left shoulder surgery, expect Austin Barnes to be a key contributor in 2016. The Dodgers may have to be more creative in finding opportunities to get Barnes’ offense in the lineup, including the possibility of carrying three catchers for parts of next season. To his credit, Barnes can fill in at second base, and possibly third in short spells. should Kendrick leave and second base become an open job share between Peraza, Kike Hernandez, and Austin Barnes, Mattingly will have the advantage of playing the hot hand of three capable performers. If Grandal is forced to miss time, Barnes is a capable caddy to A.J. Ellis and given the chance, has the potential to outperform him offensively. His high-OBP, low swing-and-miss approach at the plate can fit at the top or bottom of the lineup, and despite his small frame, Barnes will surprise you with more pop than A.J. Ellis.

On the pitching side, most of the focus will center on two names, but don’t expect many early contributions from 2016 rookies. Perhaps the biggest eventual value will come from bullpen arms, especially in the form of current starters Jharel Cotton, Chris Anderson, and Ross Stripling. 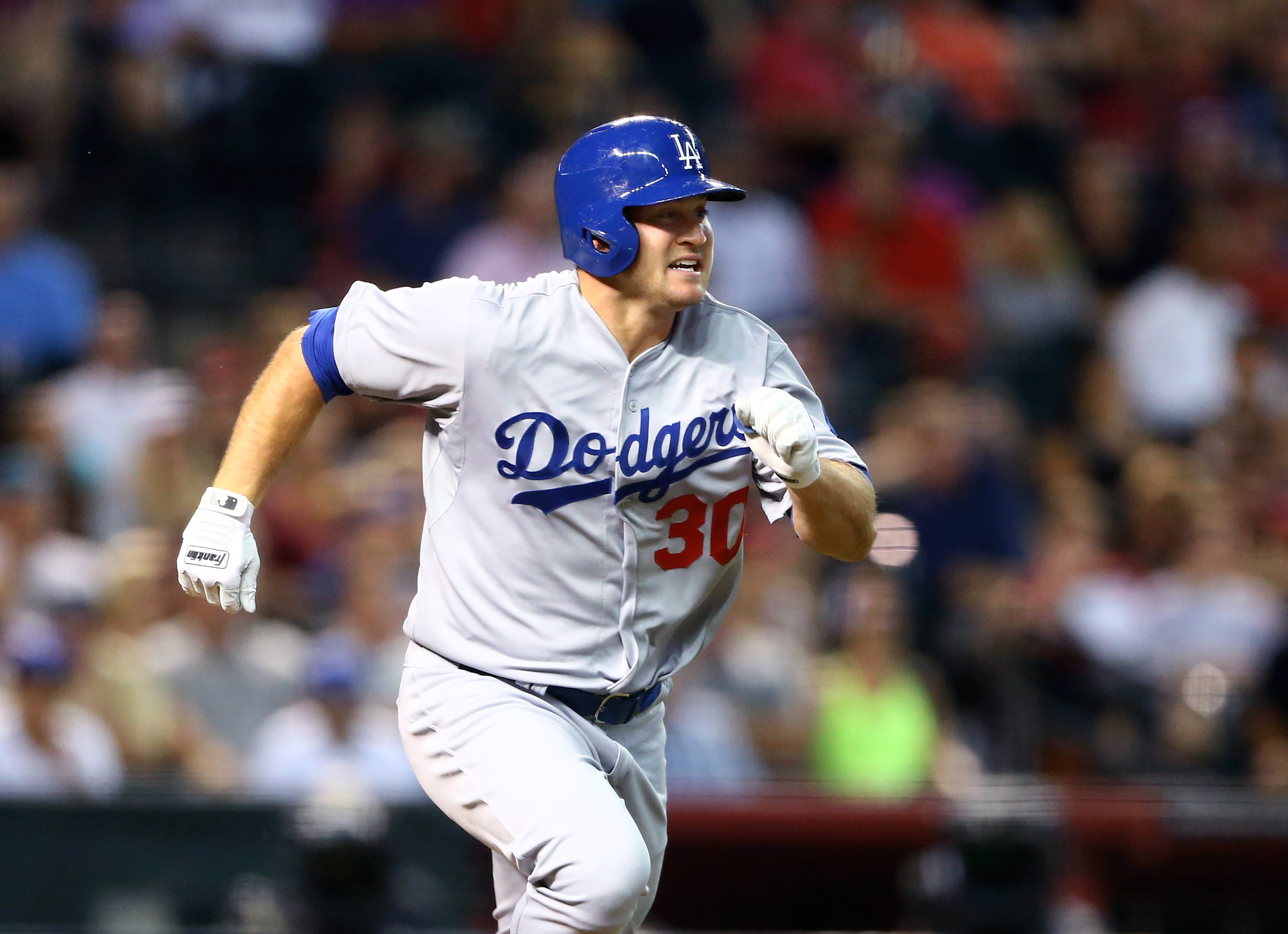 Chris Anderson might be the first to make the switch. He’s been durable in the rotation, but his stuff trailed off in 2015 and the command was not up to par for pitching in a first division rotation. Given the chance to refine his pitches, he could consistently touch the mid to upper 90’s with his hard running fastball and improve the bite on his slider.

Jharel Cotton can tease two above average secondary pitches in spurts, but not consistently. He put up a stellar line in Double-A in 2015, but might have the better command profile for relief. Stripling has four pitches that all grade out at least average, but a tick or two bump on his fastball to play off his two above average breaking balls and uncommon over the top delivery could make him a relief weapon as a different look out of the bullpen.

Perhaps the biggest question facing the Dodgers in the 2016 off-season is who will follow Kershaw and Greinke (assuming he returns, my hunch is he will) in the rotation. While that question is likely being asked by someone who has forgotten Hyun-jin Ryu, the internal focus on that question will likely shine on Julio Urias. Expect more patience with Urias in 2016, though, as Julio still has yet to throw 100 innings in a season, and still won’t be 20 to start the year. How the front office uses creativity to work Urias into the equation at some point in 2016 could be the biggest Dodger rookie storyline in 2016, but a debut delayed until 2017 isn’t out of the question.

Jose De Leon, however, will be ready to feature at some point in 2016. De Leon’s late moving fastball and plus fading change-up could have him challenging Ryu for that number three spot by mid-season, but more than likely he rounds out the bottom of the rotation with plus pitchability while he wets his feet in the major leagues. While many hope for a future ace, I see De Leon’s ceiling as a first division number-three starter, but he should reach that peak rather quickly.

Despite deep pockets and the ability to lure almost any free agent, the Dodgers know that sustainable success will come with the flexibility of a young yet talented roster. Having inexpensive players that can fill a number of holes and can be moved on and off the active roster with lesser financial implications will enable the front office to more consistently employ their "best 25" players on a daily basis. That might mean fans won’t get the big splash they seek this off-season, but youth will better serve this franchise in 2016, 2017, and beyond.