LOS ANGELES -- The Dodgers end Thursday with one fewer manager than the had at the beginning of the day, and while all parties insist Don Mattingly's departure was mutual we are left with more questions and little clarity.

"When we started on Friday, we expected him to be our manager in 2016," president of baseball operations Andrew Friedman said. "I think that was his thought process also."

"It was definitely a mutual decision," Mattingly said. "As we kind of talked through this season, and different things, it just became clear for all of us that this was the right time for me, and best for the club."

Though now apart, Mattingly and the front office remained aligned on one final message on Thursday.

"On Friday after our season ended, we started discussions about the offseason and the 2016 season. As those discussions progressed, we got to a point where mutually it might be better to part ways at that point. We took a few days and continued to talk about things, then we got to this point," Friedman said. "It was amicable, it was mutual."

During those conversations, there was even talk of extending Mattingly beyond 2016, the final season of his contract, though no formal contract offer was made.

"Did we push a piece of paper across the table that he turned down? The answer is no," general manager Farhan Zaidi said. "We just never got to that point."

Mattingly said he wants to manage in 2016.

"I definitely want to manage, period," Mattingly said. "But it's only been a few hours since we all came to this decision. We'll cross that bridge when we get there."

Mattingly said he did feel wanted in Los Angeles, and that he wasn't bothered by potential lame duck status going into the final year of his contract, two issues he cited after 2013 that he viewed as detriments.

"I felt very comfortable with Andrew, Josh [Byrnes] and Farhan. That situation was really good. I loved the information I was able to get. It was really a learning situation for me. I really enjoyed that part of it. We had a great relationship all year long," Mattingly said. "They were good conversations. They were open, they were honest. As we were talking, it became evident that this was the best thing for both parties."

Mattingly's strength was in the clubhouse.

"The common theme is the players on this team like and respect Donnie," Zaidi explained. "He had a good sense of when to approach players, knowing when to push buttons and knowing when to let things go."

"We have a tremendous amount of respect for Donnie, who he is as a person, his work ethic. There were perceptions of him coming in, but having the chance to work with him for the last year, watching the way he prepares and watching the way he goes about his business only strengthened that respect," Friedman said. "It's not a question of if for me, it's a matter of when he's going to manage again."

So if the players liked playing for Mattingly, and the front office wanted him to come back, and Mattingly wanted to manage again in 2016, why isn't he coming back to the Dodgers?

"Was he let go? Did he resign? Frankly, I've had my own level of cynicism when you hear about people mutually parting ways," Zaidi said. "But we can sit up here with all sincerity and say that's how it came about. It was a conversation, it was an organic dialog that led to this point." 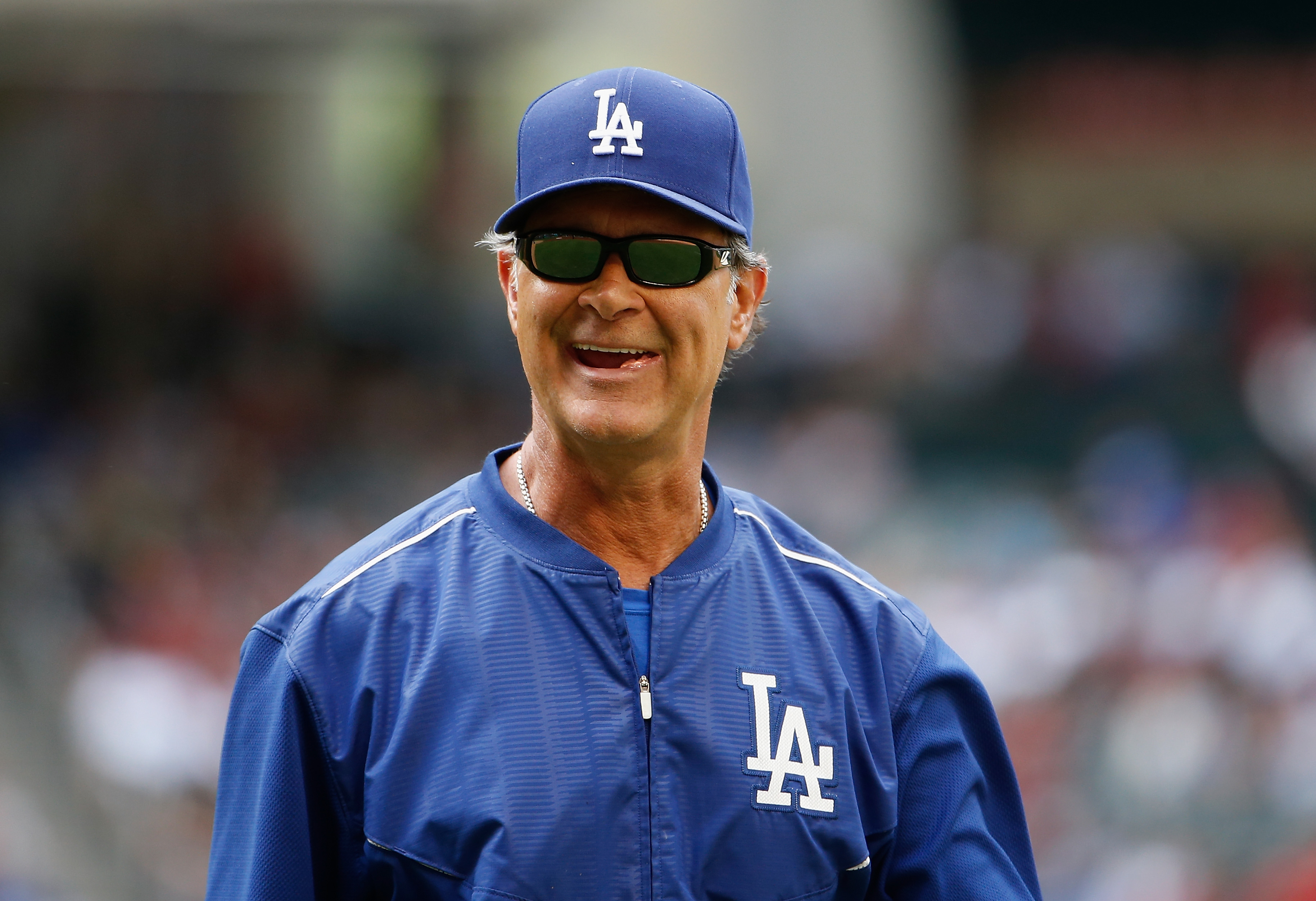 Neither Friedman, Zaidi nor Mattingly would elaborate on what specifically came up during the multiple days of conversations since last Friday that made the turn from Mattingly staying to Mattingly leaving, but both sides downplayed the perception that the front office micro-managed Mattingly.

Specifically, Friedman denied that the front office had final say on starting lineups, a bizarre line of repeated questioning that was as intellectually stimulating as last year's embarrassing variations of "Which one of you three will answer the phone when other general managers call for trades?" when the new front office was assembled.

"It's not true. It doesn't really bother me," Friedman said of the lineup rumors. "As long as all of us appreciate what's going on, and the back-and-forth we've created, that's what's most important."

"I feel like I've always been a guy who works well with anyone. Information is good. Discussion is good. Debating things back and forth are good. At the end of the day you put your lineup out there."

Of the NLDS loss to the Mets, the third straight early exit in the playoffs for the Dodgers, Friedman said he bristled at the blame thrown Mattingly's way for coming up short in the playoffs.

It's much easier to deal with personnel changes as failure or success, or needing a ready-made explanation to define actions. But not everything is so black and white, and not everything has a clear-cut answer. Whatever the true reason Mattingly and the Dodgers are parting ways, both sides are taking the high road on Mattingly's way out.

"Andrew, Farhan and Josh are great guys and they're going to do great things. I believe that. The organization is in great hands," Mattingly said. "I'm really proud of the things we've been able to accomplish. It's going to keep going. They're in great shape right now."