The final season of Brandon League's three-year contract with the Dodgers did not go as planned.

After opting for the rest and rehabilitation route for his shoulder, League had a lengthy rehabilitation assignment in June, pitching 10 total games in the minors - five with Class-A Rancho Cucamonga, and five with Triple-A Oklahoma City. League allowed three runs (one earned) in 10⅔ innings, with eight strikeouts and just two walks.

The collective bargaining agreement says a rehab assignment can last up to 30 days for pitchers on the disabled list, and the Dodgers utilized nearly all of it for League.

Unfortunately for League, once the Dodgers activated him from the disabled list they immediately designated him for assignment on July 2, then released him eight days later.

League didn't pitch a game for the Dodgers in the final season of his three-year, $22.5 million contract that was panned pretty much the moment it was signed. But to League's credit, he bounced back after a poor 2013 to have a productive season in 2014, though not when viewed through the prism of his large contract.

Any chance at a pseudo Juan Uribe-style renaissance in the final year of his deal was thwarted in spring training when he was diagnosed with right shoulder inflammation, forced to miss two months at the start of the season.

"I feel like crap. You work three, four months in the offseason to avoid this stuff, League said in March. "The fact that you get this news, after I felt the best I felt ever coming into spring training, is devastating."

League didn't pitch in the majors in 2015, but he did pitch minor league games. But my choice for game of the year for him is April 12 in Arizona, because of how happy League looks in this photo, congratulating Alex Guerrero for a home run. 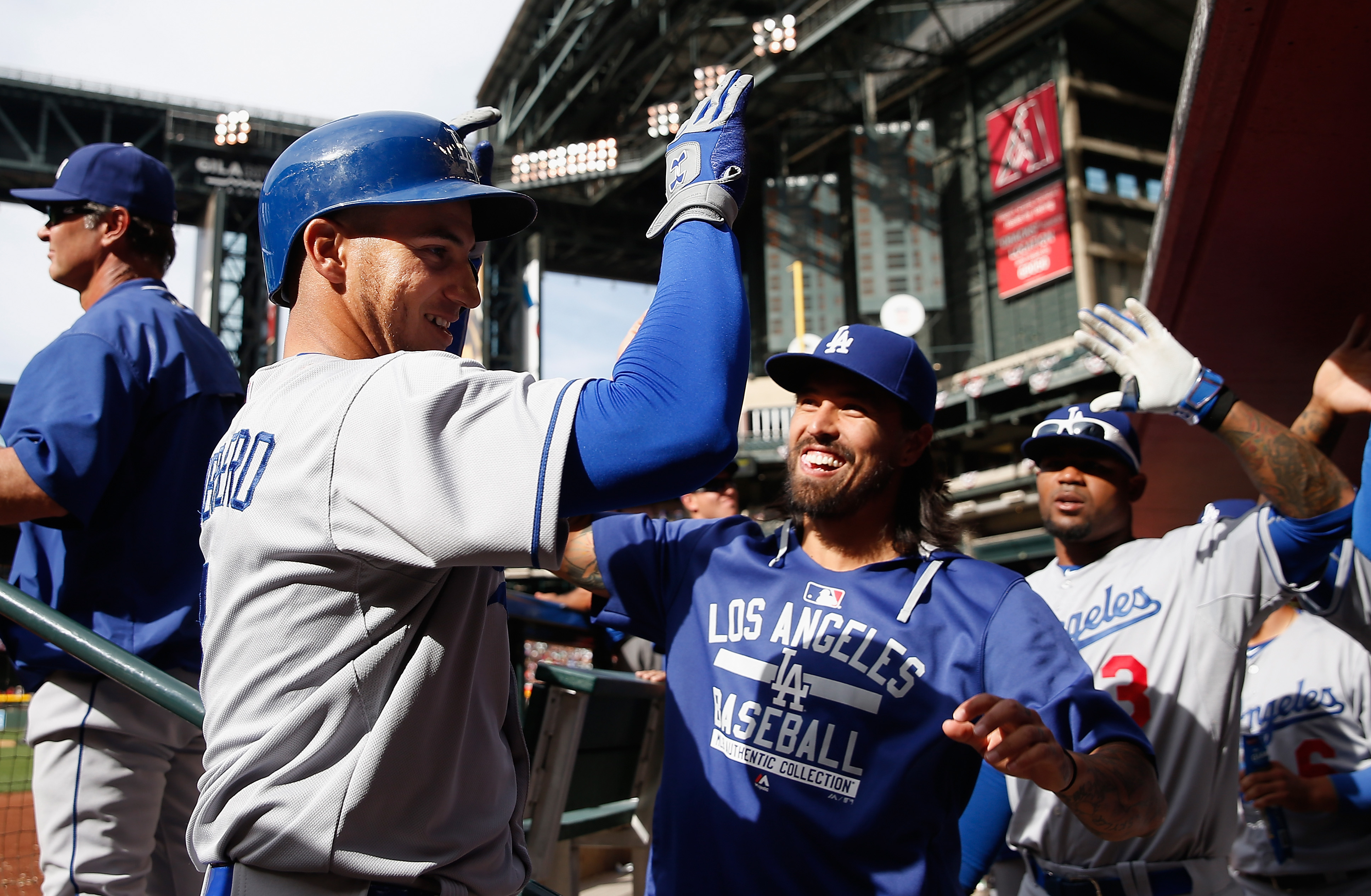 League didn't sign anywhere else in 2015, and is currently a free agent.