Share All sharing options for: Dave Roberts is latest Dodgers manager to have played for the team

LOS ANGELES -- Dave Roberts is the 28th manager in Dodgers history, and the 15th manager to have also played for the franchise.

Roberts played parts of three seasons in Los Angeles (2002-04), and hit .262/.342/.341 in 302 games, mostly patrolling center field, with some left field mixed in as well. He stole 118 bases at an 82.5-percent clip with the Dodgers, and finished third, third and fifth, respectively in the National League in steals during his three years in Los Angeles.

The fifth-place mark in 2004 was particularly impressive since Roberts was traded to the American League on July 31 — to the Red Sox for minor league fodder Henri Stanley in one of general manager Paul DePodesta's more baffling moves. Roberts was second in the National League with 33 steals at the time of the trade, and was only caught one time that season with the Dodgers.

Roberts' 97.1-percent stolen base success rate in 2004 is the best in Dodgers franchise history for a single season, minimum 11 attempts. His 82.5-percent success rate during his tenure in LA is the fourth-best in Dodgers history with a minimum of 50 career attempts, and second only to Davey Lopes (83.1 percent) if the minimum is increased to 100 attempts.

Here's a look at the other Dodgers managers who have played for the franchise.

Acquired in mid-August 1987 from Boston to play shortstop down the stretch, Trevor's brother hit .220/.270/.258 in 40 games. Eleven years later, he was third base coach and took over as manager when Bill Russell was fired by the incompetent Fox ownership. The Dodgers went 47-41 (.534) in Hoffman's only season at the helm.

The longtime shortstop played 18 seasons with the Dodgers, and his 2,181 games played is second only to Zack Wheat in franchise history. He was a coach with the Dodgers either in the majors or minors for the better part of a decade until taking over for Lasorda midway through the 1996 season. Russell managed for parts of three seasons (1996-98), made one playoff appearance and went 173-149 (.537). 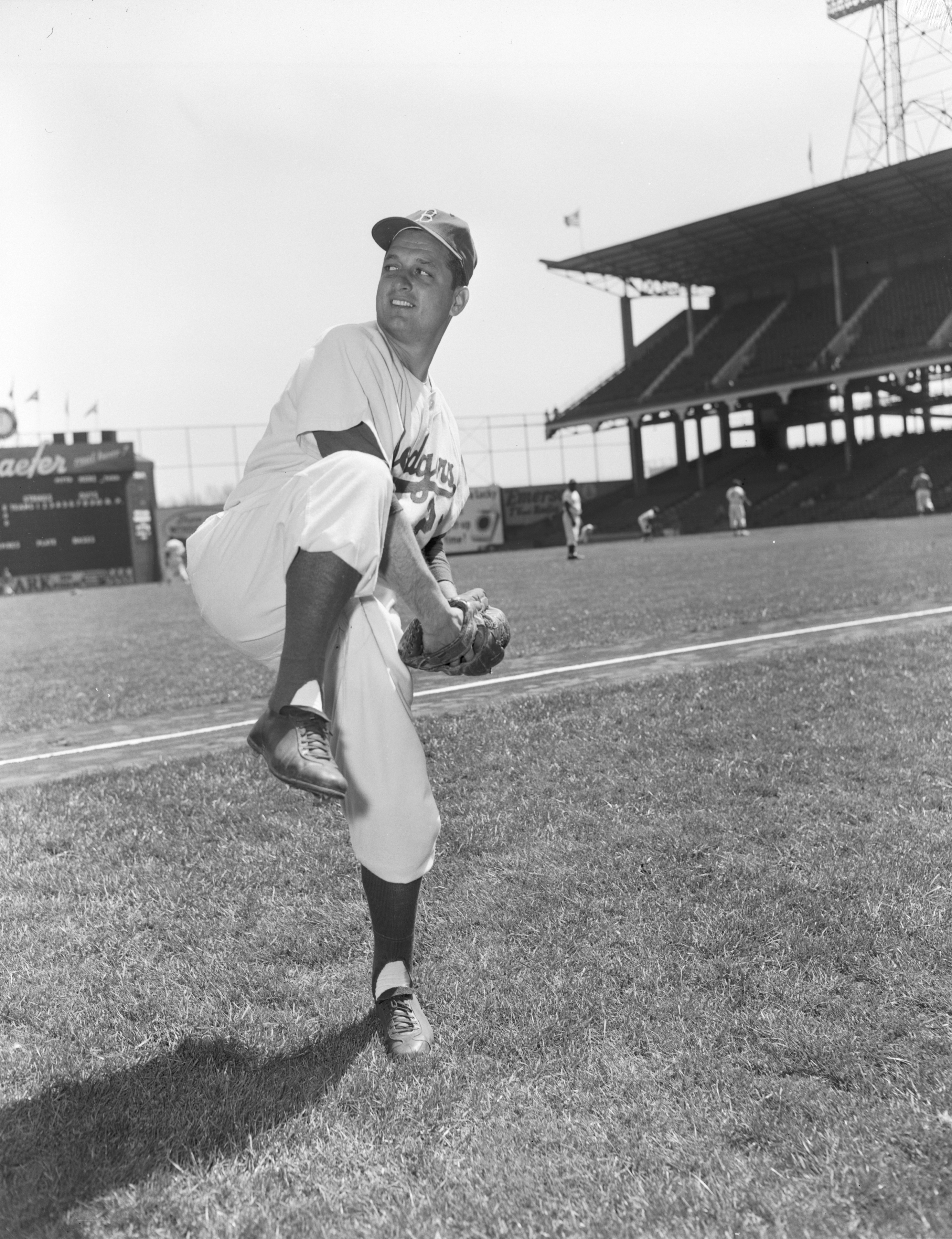 Tommy Lasorda pitched 13 of his 58⅓ major league innings for the Dodgers, in 1954-55. (Photo: Diamond Images via Getty Images)

Lasorda managed for two decades, guiding the Dodgers to seven division titles, four pennants and two World Series wins, and went 1,599-1,439 (.526) at the helm, second to Walt Alston in franchise wins and 20th all-time in MLB. Lasorda also pitched the first two seasons (1954-55) of his three-year playing career pitching for the Dodgers, pitching all of 13 innings over eight games, including one start. Lasorda famously lost his roster spot in 1955 to rookie Sandy Koufax, who under the rules of the time as a bonus baby had to be kept on the major league roster (Koufax started the year on the disabled list).

"It took the greatest left-handed pitcher in baseball history to get me off that Brooklyn club," Lasorda told the Associated Press in 2005. "And I still think they made a mistake."

Sukeforth was a part-time catcher for the Dodgers from 1932-34, then later joined the Dodgers coaching staff in 1943. During 1945, the 43-year-old Sukeforth was activated and played 18 more games — rosters were depleted during World War II — then became a scout for the rest of the season. One of his assignments was to see an infielder for the Kansas City Monarchs named Jackie Robinson.

Prior to the start of the 1947 season, Durocher was suspended for the entire year by Commissioner Happy Chandler for consorting with gamblers. Rickey asked Sukeforth to take over as manager, but Sukeforth did not want the job. He did, however, fill in for the first two games of the season, the first of which featured the debut of Robinson. "I didn't tell Jack anything special [before the game]," he recalled. "Jack had enough to think about."4

On April 18, before the game against the New York Giants at the Polo Grounds, the Dodgers announced that Burt Shotton, a longtime Rickey favorite, had been hired as manager. After two games as the manager, Sukeforth was again a coach.

Sukeforth as Dodgers manager was 2-0.

"The Lip" played 17 years in the majors, including his final six seasons with the Dodgers, serving as the team's shortstop before Hall of Famer Pee Wee Reese took over the position. Durocher hit .244/.303/.319 in 345 games as a player with Brooklyn, and even made two All-Star teams. 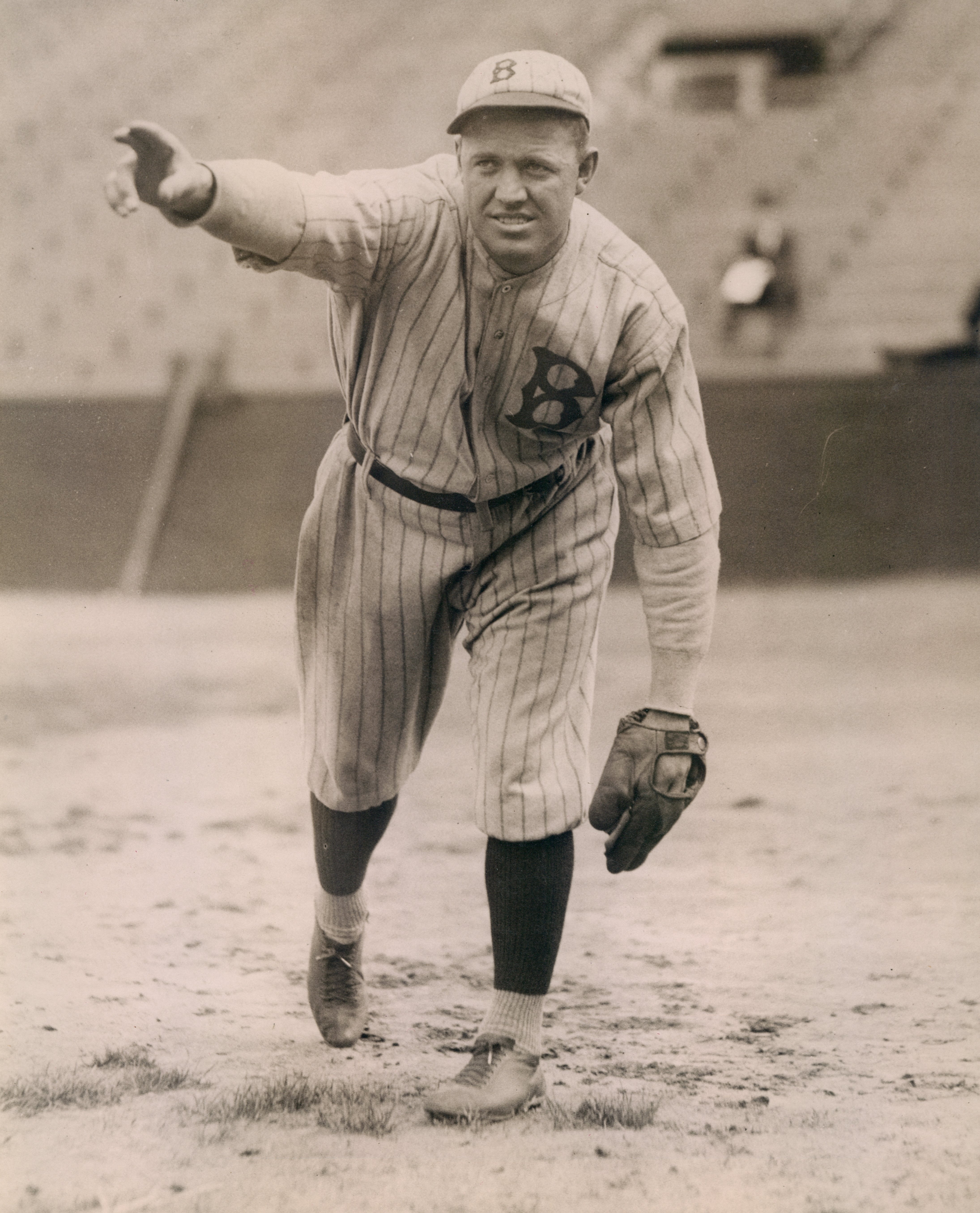 Stengel would manage 25 seasons with four different teams, starting with the Dodgers from 1934-36. In Brooklyn his teams went 208-251 (.453) and never finished higher than fifth.

Double duty was much more common in the dead ball era.

The Dodgers under Donovan were 184-270 (.405), finishing fifth, fifth and seventh place, respectively.

Those 1898 Dodgers went 15-20 under Billy Barnie before he was fired, followed by Griffin at the helm for four games, then Charlie Ebbets — then the club president, and future owner — finished out the season going 36-68. 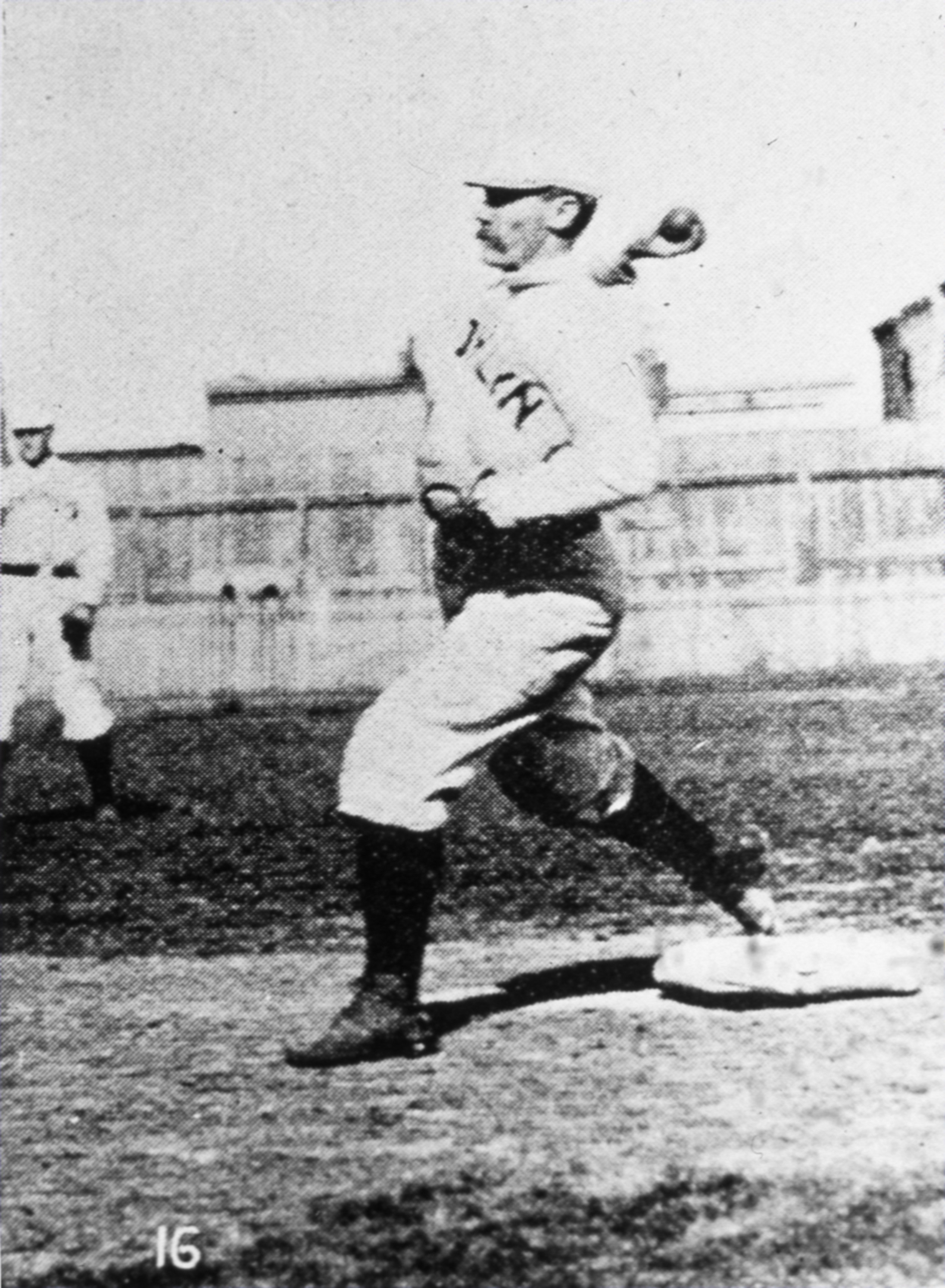 John Ward played and managed two seasons for Brooklyn, then moved on after exhausting the city's supply of mustache wax (Photo: Getty Images)