Where does Alex Guerrero fit in on the Dodgers?

Share All sharing options for: Where does Alex Guerrero fit in on the Dodgers?

Signed to a four-year, $28 million contract last winter, the former Cuban shortstop had a disastrous first year in the United States. Guerrero lost the second base job in spring training to Dee Gordon, then just when he was heating up at the plate in Triple-A he had a piece of his left ear bitten off by teammate Miguel Olivo.

Worth saying again: Guerrero had a piece of his ear bitten off. By a teammate.

Guerrero was hitting .376/.417/.735 with 10 home runs in Triple-A Albuquerque before having a piece of his lobe stay in Salt Lake City on May 20, including seven home runs in 13 games before the incident, which sidelined him for two months.

After rejoining Albuquerque on July 20, Guerrero hit a rather ordinary .276/.313/.500 in 32 games, with five home runs and eight doubles, with 26 strikeouts and four walks.

However, with Guerrero the issue hasn't been his bat, but rather just where he fits defensively.

"The main thing Alex did was swing the bat down there," manager Don Mattingly said of Guerrero in September. "That's the one area he has shown he's ready."

With an arm not strong enough for third base, and range questionable for second base and shortstop, Guerrero is essentially a man without a position. After making his first 28 starts with the Isotopes at second base, the Dodgers tried to move him around to make him more of a utility player. Unfortunately, the ear biting came just two games into that experiment.

With Triple-A Albuquerque plus five rehab games with Class-A Rancho Cucamonga, Guerrero ended up playing five games at shortstop, three games at third base and nine games in left field, though he still saw the majority of his time (53 games) at second.

Guerrero, 28, can no longer be sent to the minors without his consent, per terms of his contract, which adds a wrinkle to this spring. Guerrero basically has to prove this spring that he is passable enough defensively to be worth keeping on the roster, and that his bat is good enough to make up for any defensive shortcomings he has.

The Dodgers' new front office has shown no hesitation in eating money to make baseball decisions. They are paying $32 million of Matt Kemp's remaining $107 million, including $18 million to the Padres in 2015. The Marlins don't have to pay any of Dan Haren's $10 million salary this year, and the Dodgers released high-priced setup man Brian Wilson and his $10 million price tag for 2015. 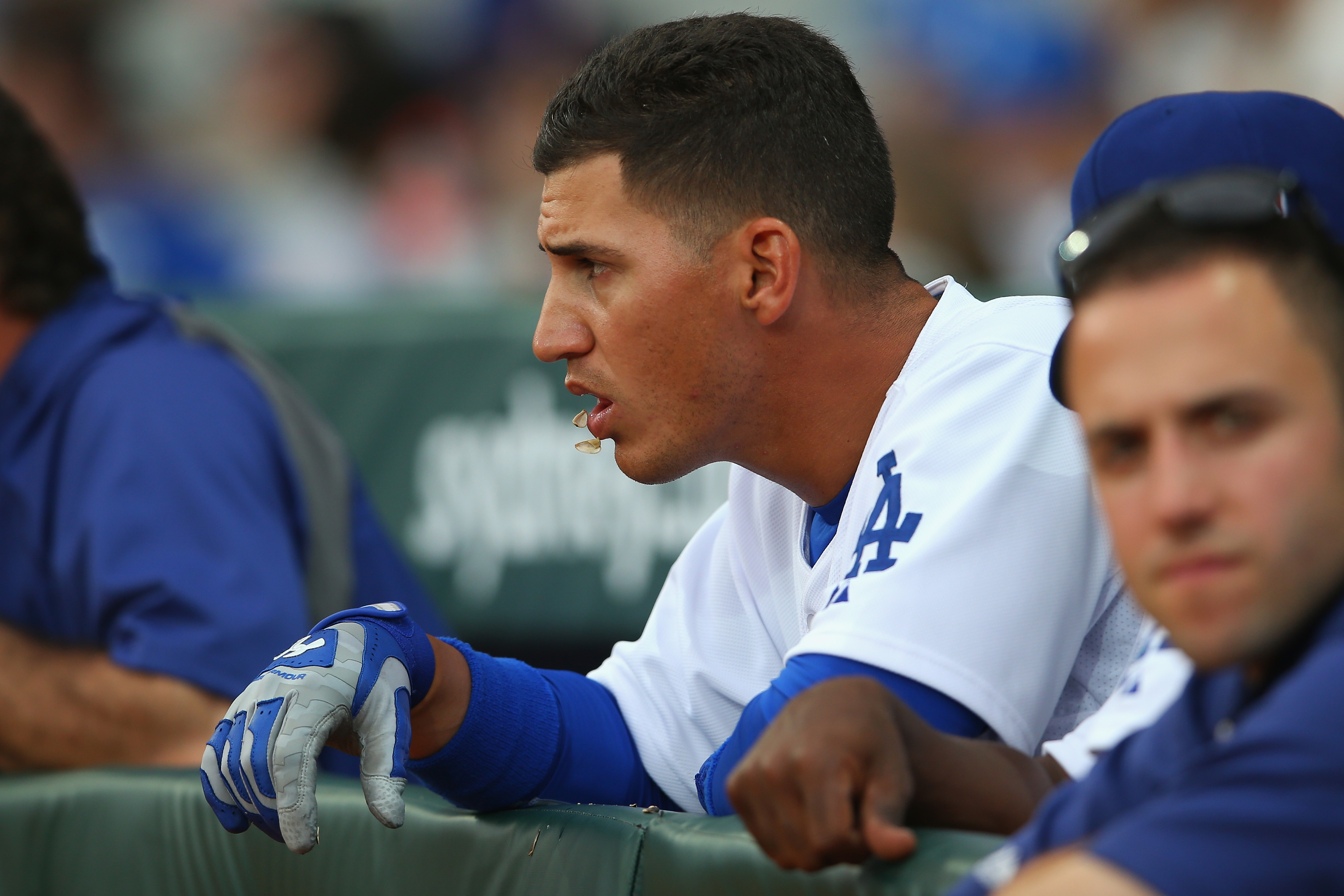 If the Dodgers don't deem Guerrero good enough to make the active roster, they can try to convince him to accept a minor league assignment, though that seems unlikely. If they can't find a new home for Guerrero, they can release him, eating the $14 million he has coming over his final three years. There is another wrinkle in that Guerrero can also opt out at the end of a season after he is traded, which will limit any sort of return the Dodgers might receive in a deal.

But if Guerrero can't play his way onto the bench, his trade market is probably already limited. He might be playing this spring as much for the Dodgers as he is showcasing for other teams.

Just where does Guerrero fit in on the Dodgers?

Let's assume for a moment that the Dodgers will carry 12 pitchers, since that seems to be the norm. That means 13 position players, and a five-person bench.

But don't forget about Chris Heisey, who was brought on board specifically as a true reserve outfielder, one who could play all three positions well defensively and has a little power. Heisey has options remaining, though that's probably only relevant in April because once he accumulates 15 more days of major league service time he will reach five years of service, enough to refuse any minor league assignment.

With Hanley Ramirez gone, the Dodgers don't need a defensive caddy on the bench, but there might be a spot for a capable defensive shortstop to fill in every once in a while. Turner is more suited for second and third base, though he could fill in at short in a pinch. Darwin Barney, who also has options, might have the inside track here, even though the bulk of his work has been at second base.

In reality, this is where Guerrero's best option lies. He said on multiple occasions in 2014 that he felt most comfortable at shortstop. Whether that translates into the Dodgers thinking Guerrero can at least occasionally play the position remains to be seen, and represents Guerrero's biggest challenge of the spring.

If the 55 days between today and opening day weren't proof enough that we are too far out to predict anything, it is also important to remember that we know nothing, especially when we think we are most sure.

Two years ago, we were all positive that Juan Uribe was fork-in-his-back done. Now, he is beloved.

Last year, Chone Figgins was a non-roster invitee on a flier after being out of baseball a year and hitting .185/.249/.253 in the two years before that. He made the opening day roster.

Alex Guerrero to date has been a bust. But that doesn't mean he can't turn things around. We'll find out this spring.