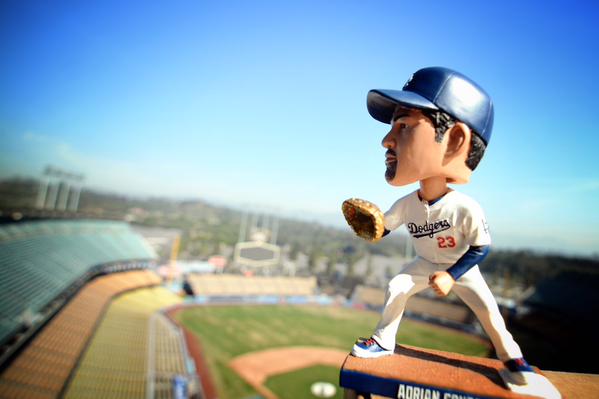 Adrian Gonzalez bobblehead night is May 23.

In case you were wondering, garden gnomes don't count as bobbleheads, even if they are kind of cool in their own right.

The Dodgers will show a pair of movies after games in 2015, the third straight season the team has done this, all since the video boards at Dodger Stadium has been upgraded.

The Dodgers website has more information on the promotional schedule.