Share All sharing options for: Dodgers putting their stamp on Camelback Ranch

GLENDALE, Ariz. -- The Dodgers on Wednesday announced various additions in and around the facilities at Camelback Ranch, incorporating various markers of franchise history and familiar pieces from Dodger Stadium to their spring training home. The changes are expected to be completed by the opening of the Cactus League schedule on March 4.

The Dodgers are adding reminders of every All-Star and MVP in club history along what will now be called Legends Walk, the long walkway that runs along the lake that separates the Dodgers and White Sox sides of Camelback Ranch, and extends from the practice fields all the way to the minor league side of the facility. 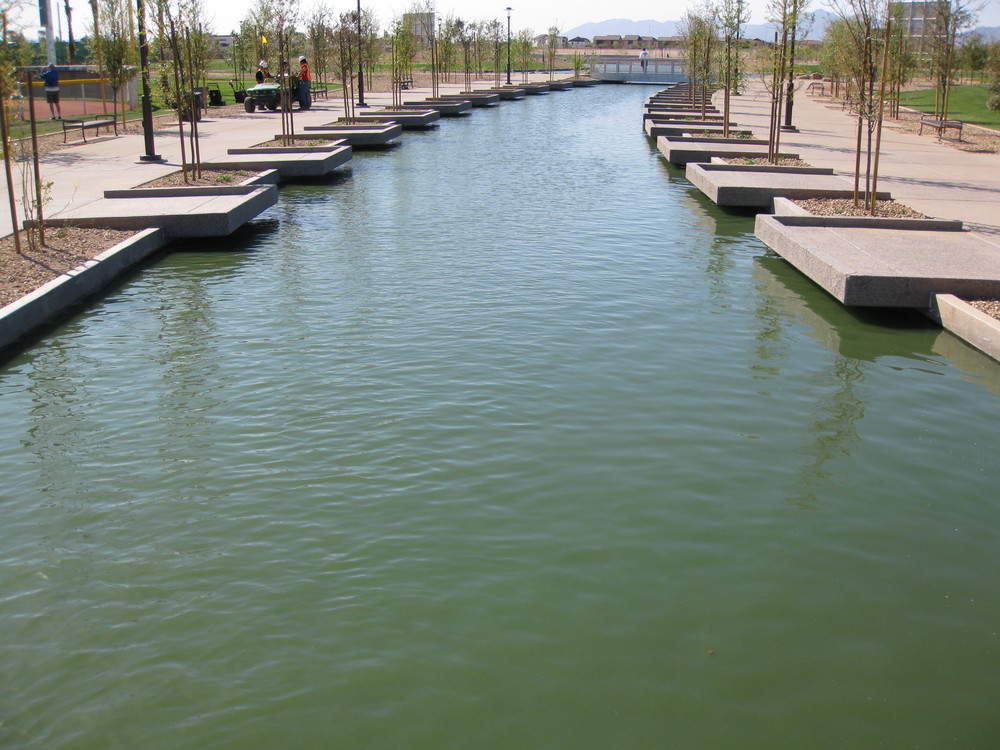 The walkway on the Dodgers' side, on the left in this picture, will now recognize various pieces of Dodgers history.

MVP baseballs, each three feet in diameter, will be displayed along the walkway, one for each MVP in franchise history, from Jake Daubert's Chalmers Award in 1912 to Clayton Kershaw's honor in 2014. 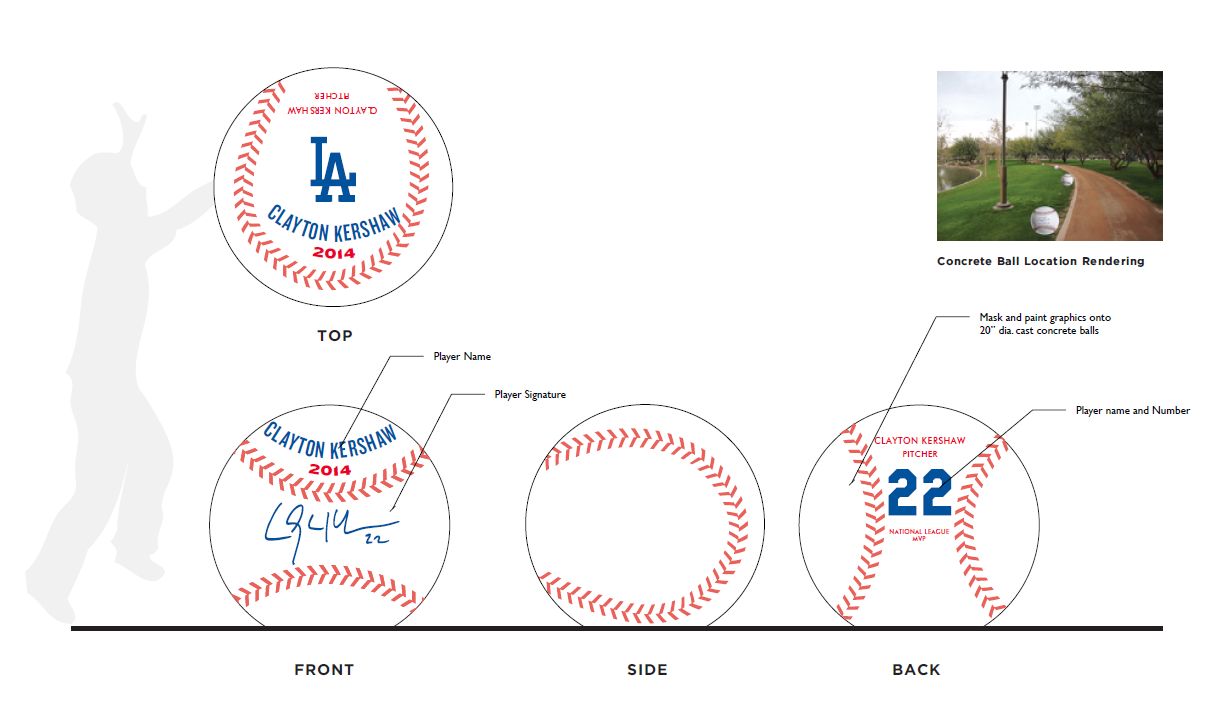 In addition, there will be 10 All-Star panels along the walkway, one for each position plus manager, listing every All-Star at the position in club history. Both the MVP baseballs and All-Star panels will be updated each year.

One person represents each All-Star position panel, with Tommy Lasorda as manager, Fernando Valenzuela as pitcher, Mike Piazza as catcher, Gil Hodges at first base, Jackie Robinson at second base, Pee Wee Reese at shortstop, Ron Cey at third base, Tommy Davis in left field, Duke Snider in center and Shawn Green in right.

These additions have been talked about for years, even dating back to my first-ever visit to Camelback Ranch in 2009 - back then the walkway was envisioned as a "Walk of Fame" of sorts - but was placed on the back burner during the super fun last few years of the McCourt ownership.

Hell, McCourt never even added the "LA" logo to the club's building, visible beyond left field inside the stadium at Camelback Ranch, as the White Sox "Sox" logo was prominently displayed on their building beyond right field.

In addition to the additions in and around Camelback Ranch, there will be new food options available in the stadium during games. Frozen yogurt and kabobs will be available, but most notably there will be also be (a) an 18-inch slice of pizza; and (b) bacon on a stick.

The giant Tommy Lasorda bobblehead that normally resides at the right field pavilion at Dodger Stadium will even make an appearance in Arizona, scheduled to be placed near the Dodgers building through spring training.

The Dodgers will also add a minor league affiliate mileage sign (depicted above) at the center field entrance the park, and every retired Dodgers uniform number will be displayed on the wall behind the Dodgers bullpen in left field at Camelback Ranch. Similarly, the White Sox will also display their retired numbers on the right field wall.