Share All sharing options for: 30 years ago today: Dodgers trade for Al Oliver

On this date 30 years ago, the Dodgers finalized a trade for Al Oliver, a veteran hitter the club hoped would help put them over the top in 1985, after a disappointing 79-83 finish in 1984. The deal was announced a few days later.

The Dodgers sent pitcher Pat Zachry, 33, to Philadelphia in the deal. Zachry had a 3.81 ERA in 58 games for the Dodgers bullpen in 1984, leading the club with 82⅔ relief innings, though he also walked 51 to go with his 55 strikeouts.

Heading into the year, Oliver was 41st all-time in hits, just 324 hits shy of 3,000, a milestone sure to mean enshrinement in Cooperstown, and only achieved by 15 players to that point.

Earlier in his career, Oliver played center field for the Pirates, flanked by Willie Stargell in left field and Roberto Clemente in right field, a World Series-winning group in 1971. 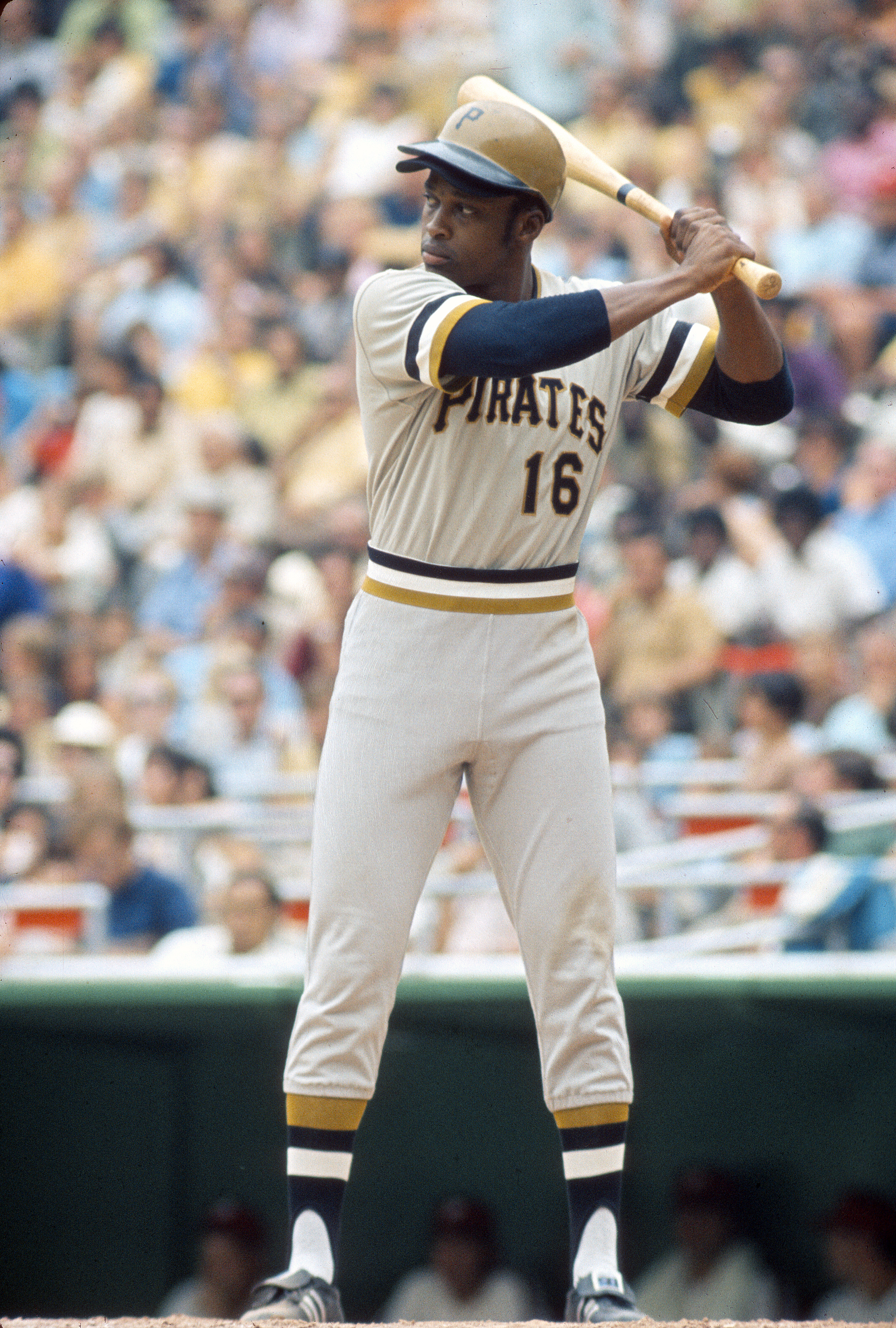 The Dodgers traded for two players in 1985 who both: (a) won at least one batting title; and (b) previously played for the Pirates. But of the two, it wasn't Oliver (seen here in 1972) who made the impact on the team. On August 31, the Dodgers acquired Bill Madlock from Pittsburgh, and the third baseman hit .360/.422/.447 down the stretch and was 8-for-24 (.333) with three home runs in the NLCS against St. Louis. (Photo: Getty Images)

Oliver was a career .305/.346/.454 hitter, a 123 OPS+ in 17 seasons heading into 1985. The seven-time All-Star finished third in National League MVP voting just three years earlier with the Expos when he led the senior circuit in hits, doubles, RBI and total bases while hitting .331 to win the batting title.

Despite these accomplishments Oliver was often characterized as a selfish player, a reputation he blamed on his relationship with the media.

"The news media can make you a god or a devil," Oliver told Gordon Edes of the Los Angeles Times. "It all depends on their choice."

Oliver became the first — and, to date, only — Dodger to wear number zero, something he had worn for four different teams dating back to 1978. Zero was a perfect fit for Oliver, wrote Jim Murray of the Times:

Al Oliver is so little known you'd think he came to fix the plumbing. The guy who lives next door to him must think he spies for a living. A night watchman is more of a celebrity. Oliver leaves the house every night and disappears like a safecracker. You'd think he couldn't cast a shadow or see himself in a mirror. The player without a number is a man without a name.

It was unsure exactly where Oliver would play for the Dodgers, but was mainly acquired for his bat, as general manager Al Campanis noted in the official press release he was "confident he will help bolster our offense."

Oliver, though 38, expected to be an everyday player with the Dodgers, agent Howard Mandel (presumably, not with a plastic glove covering his head) told told Edes:

The assumption that Oliver, 38, will be a part-timer with L.A. is incorrect, Mandel said.

"He'll be competing for a job in the outfield and with [first baseman Greg] Brock," Mandel said. I don't think Al will ever consider himself a backup player.

"We had several specific conversations with the Dodgers. Al did not want to come over as a pinch-hitter. The statement the club made is that positions are up for grabs."

Oliver played a lot of outfield throughout his 17-year career, mixing in time in mostly center field and left field with first base mixed in now and then. But from 1981-1984, Oliver played only six games in the outfield — all in left — including five starts.

"Nobody really knows if he can play left now, either," wrote Edes during spring training. "He played five games in the outfield last season, and the only throwing he has done so far this spring has consisted of high, lazy lobs into second base. Occasionally, he has underhanded the ball back to the infield." 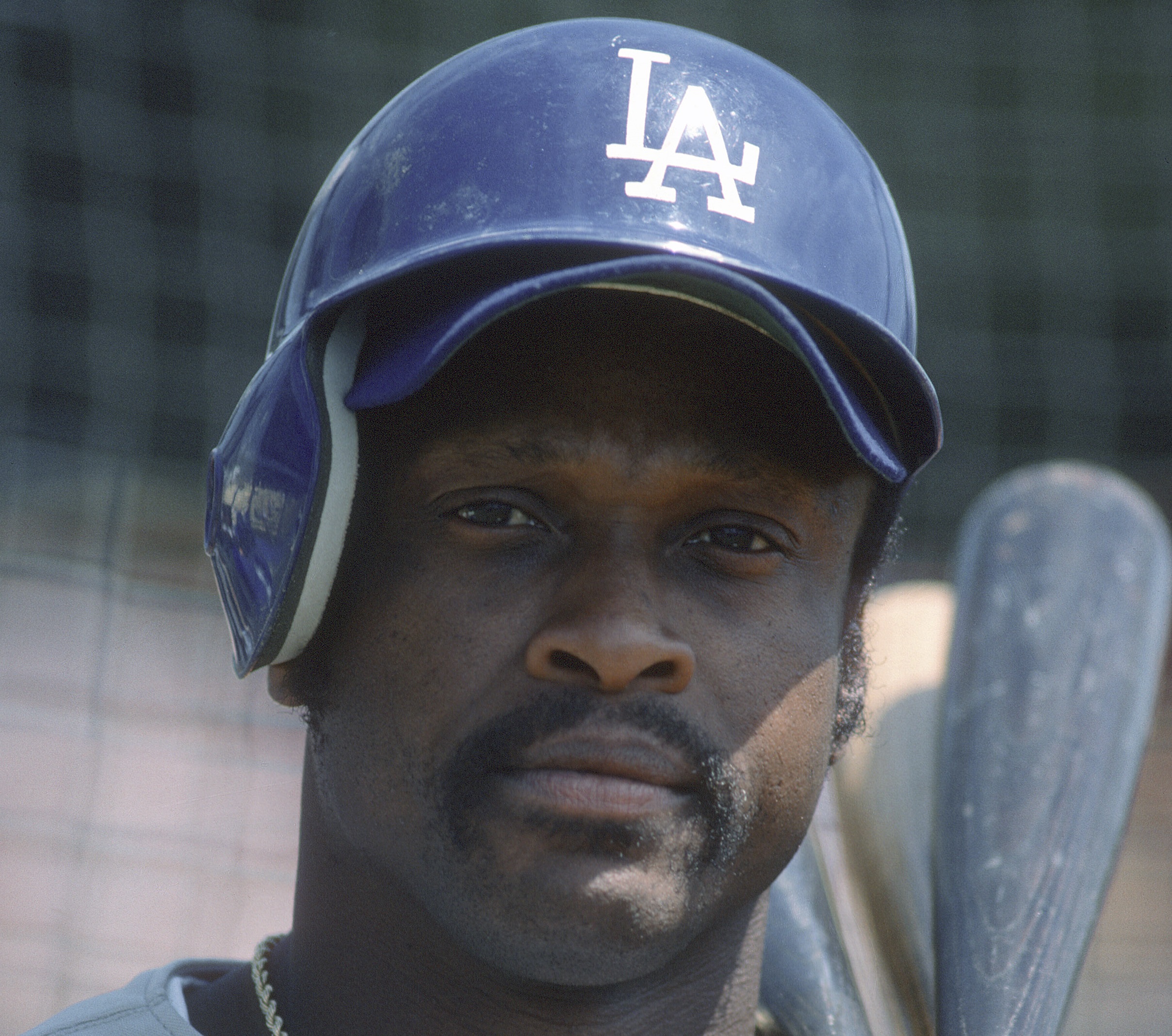 The left-handed-hitting Oliver started in left field for the Dodgers 15 times in the first 21 games, including each of the first 14 times the Dodgers faced an opposing right-handed pitcher. Though Oliver's defense left a bit to be desired.

"He wound up as the left fielder on opening day despite a bad throwing shoulder," said Edes. "The experiment was destined for failure from the first night of the Freeway Series in April, when Oliver played left field as if it was a class in self-defense."

Oliver would only start twice more in the next 55 games, though three weeks of that in May and June was spent on the disabled list with a left hamstring strain.

His best moment with the Dodgers was probably on June 25 in San Diego, when Oliver delivered a pinch-hit sacrifice fly in the ninth inning to give the Dodgers a 3-2 win over the Padres.

After hitting just .253/.294/.316 with the Dodgers, with his home runs matching his jersey number, the Dodgers traded Oliver to the Blue Jays on July 9 for outfielder and first baseman Len Matuszek, someone more suited for a bench role, and eight years younger than Oliver, who was a Jim Thomean 4-for-17 (.235) with a double and a sacrifice fly as a pinch hitter with Los Angeles.

"This was a tough role for me. I told Tom [Lasorda] on Saturday that I didn't think I could do it all year long," Oliver said when traded to Toronto, per Edes. "I'll have an opportunity to DH and be more of a part of a contending team. I guess I can help to spark a team that has every chance in the world to make the World Series."

"Oliver played left field as if it was a class in self-defense." -Gordon Edes, LA Times

Oliver played 61 of 78 games with the Blue Jays, including 48 starts, all as designated hitter. He didn't hit much better in Toronto than he did in Los Angeles — hitting .251/.282/.374 — though he did add five home runs and 23 RBI after driving in only eight runs with the Dodgers.

He did deliver a key hit for the Blue Jays, a two-run pinch-hit double off closer extraordinaire Dan Quisenberry in the ninth inning of Game 4, delivering a 3-2 win for Toronto, and a 3-1 series lead over the Royals.

But despite a commanding series lead, the Blue Jays lost the next three games to the eventual World Series champion Royals.

The 95-win Dodgers though fell short in the NLCS against the Cardinals and, like Oliver, would watch the World Series from home.