There is more live baseball on tap this weekend, with the Australian Baseball League Championship Series beginning on Friday morning, with the Adelaide Bite facing the Perth Heat at the Norwood Oval in South Australia.

Adelaide was the class of the league at 32-16, led by a pair of Dodgers minor leaguers. Pitcher-turned-outfielder Aaron Miller won the league battle title, hitting .389/.444/.701, leading the league with 12 home runs and was tops on on-base percentage, slugging percentage and OPS. However, Miller last played on January 4 and is no longer with the team.

Miller is back home in the United States after dealing with a family illness, and released a video on Facebook on Wednesday in support of the team. 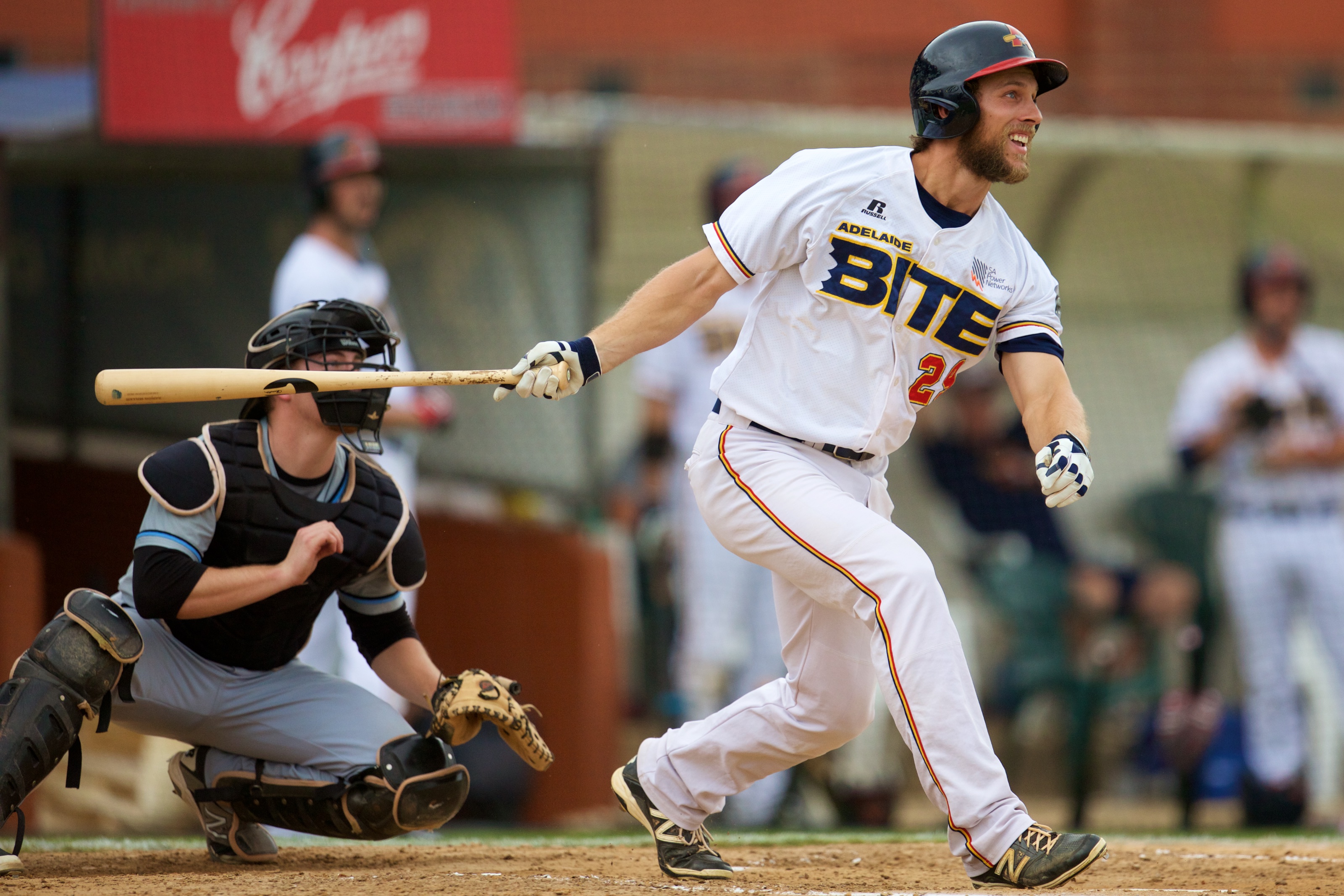 Miller, drafted by the Dodgers in the supplemental first round in 2009 as a pitcher, converted to the outfield in 2013. (Photo: Ryan Schembri | SMP Images)

"It's been tough over here trying to only be able to catch updates of how well y'all are doing, how much fun it looks like y'all are having over there. But I'm super excited to be able to say after this weekend I'm a part of the Adelaide Bite, the ABL champions."

Unfortunately, Dixon also led the ABL with 54 strikeouts against only five walks, similar to his 103 strikeouts and 12 walks with the Quakes last year, while hitting .262/.284/.410 in the offense-friendly California League.

Former Dodgers pitcher Craig Stem, sent to the Marlins on Dec. 15 as the player to be named later to complete the Nov. 17 trade for Kyle Jensen, also pitches for Adelaide.

You can watch Dixon play second base for Adelaide in the three-game series that begins early morning Friday, and will be televised by MLB Network. Here is the schedule for the series (all times PT):