GLENDALE, Ariz. -- It is only the first day of March, over five weeks until opening day, and the Cactus League scheduled hasn't even started yet, but it's hard not to want to skip ahead to the part where Julio Urias is pitching in the major leagues. The 18-year-old prospect turned several heads on Sunday, facing hitters for the first time since last season.

Several scouts descended upon Field 3 at Camelback Ranch, kind of tucked away behind the other, more visible practice fields, more toward the minor league facilities. They were joined by several reporters along with various Dodgers brass, including general manager Farhan Zaidi, pitching coach Rick Honeycutt, hitting coach Mark McGwire, and special assistant to the chairman Sandy Koufax.

Up first was Pederson, who took two strikes before swinging and missing through a fastball for strike three.

Guerrero followed with a three-pitch swinging strikeout of his own, one of two times he would strikeout against Urias.

Heisey was able to hit a ground ball toward second base, followed by Dickson working a walk to end the simulated frame. Despite the successful result against Urias, Dickson left the batters box shaking his head.

"Jesus, he's got some good stuff," Dickson said, to nobody in particular.

There are moments in spring training when you can tell something important is happening by the rush of the crowd. It's usually reserved for when Koufax is around, or maybe Tommy Lasorda or Magic Johnson, with fans clamoring to get an autograph, or even a glimpse.

Sunday felt similar with Urias, though because this was on a relatively private field the rush of people felt even more impressive, because it was mostly baseball people who get paid to make or influence baseball decisions. And they all wanted to see the kid.

Urias, who seemed surprised by the roughly dozen reporters waiting at his locker, said he was not fazed by those watching him.

"I just figured I would do my work and forget about who was behind me or in front of me," Urias said. 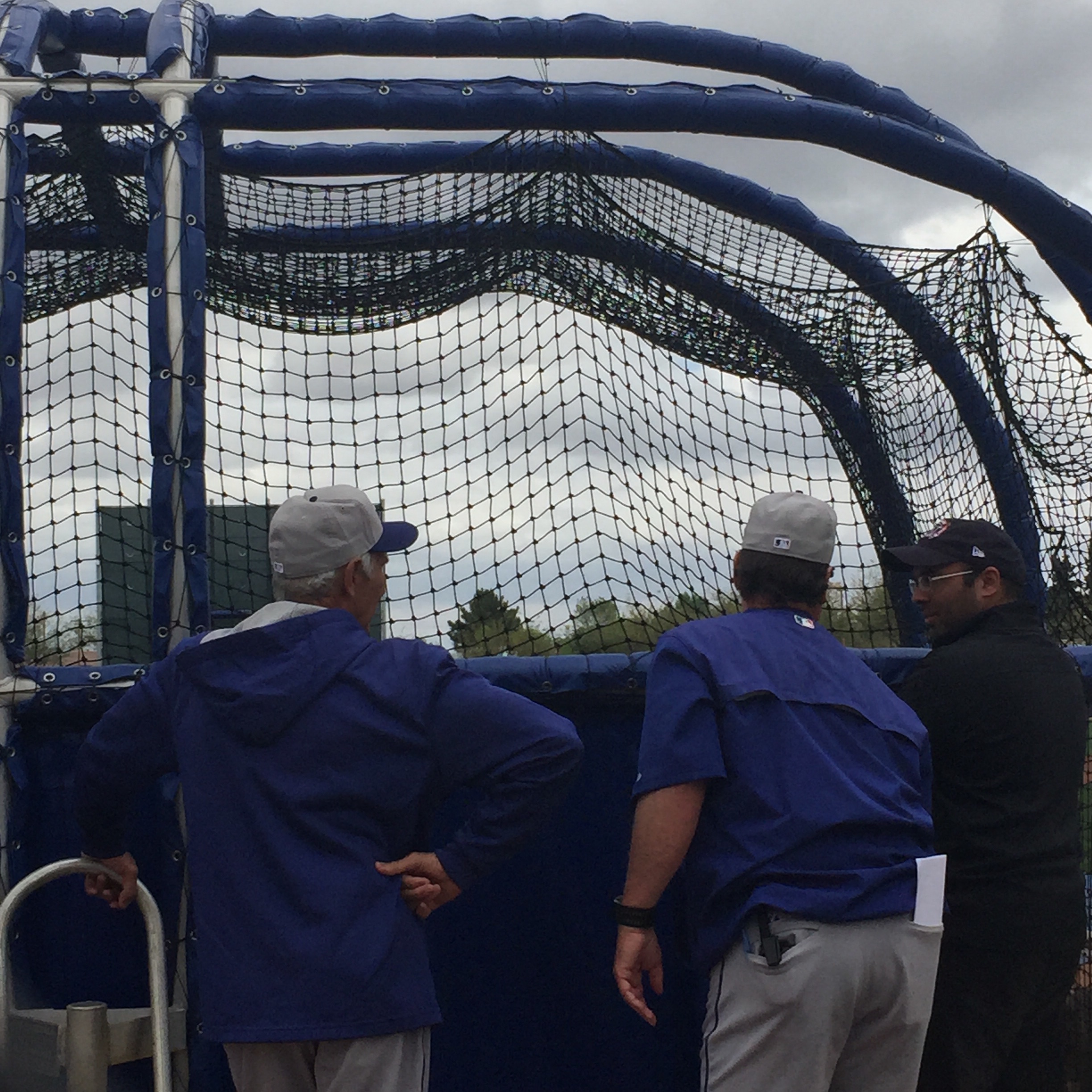 Urias wasn't exactly facing a murderer's row lineup, with Heisey the only one of the four with more than a cup of coffee in the majors, though Pederson is considered major league ready and a highly-regarded prospect in his own right, and Guerrero's roster woes have little to do with his bat. These are still four hitters good enough to be in major league camp, including three on the 40-man roster.

"They are experienced hitters, and I'm still learning," Urias said. "It is special, and I still feel like I have some work to do."

What this was was an 18-year-old holding his own against mostly major league hitters, and looking dominant while doing so. Heisey said if he didn't already know Urias was 18 he wouldn't have guessed he was so young.

"I was impressed with his command," Heisey said. "That change-up, away to righties would be devastating. I was really impressed with what I saw from him.

"As long as he stays healthy and I don't know anything about his work ethic but seems like a pretty good kid from what I've seen. I think he's definitely got a bright future ahead of him."

Both Zaidi and manager Don Mattingly have said this spring it would be unlikely that Urias pitches in the majors this season. The most prudent path is to let Urias, who only pitched 87⅔ innings in 2014, continue to develop in Double-A, with an eye toward making an impact in the majors at some point in 2016.

It is likely the correct path, but it's hard not to get caught up in the hype every time Urias takes the mound. For instance:

I'm pro patience/development, but it's hard to resist handing Julio Urias No. 34 & just let him run amok feasting on the goo of NL hitters

Sunday was the first time for Urias facing live hitters since 2014. He will get his chance again on Friday, slated to pitch in one of the Dodgers' split squad games, per Dylan Hernandez of the Los Angeles Times.

This time fans will get to see Urias, and don't be surprised if they want to keep seeing more of him.