Pace of play clocks in place for spring games

Share All sharing options for: Pace of play clocks in place for spring games

GLENDALE, Ariz. -- The Dodgers open their spring training schedule today, which means our first look at the new pace of play rule changes.

Most notable are two clocks in clear view, one in center field and one behind home plate, making sure all inning breaks and pitching changes come in at under 2:25 for locally televised games and 2:45 for nationally televised games.

These new rules will be tested out during spring training, and will be in play once the regular season opens. From MLB:

Pitchers will be permitted to throw as many warm-up pitches as they wish prior to the point when 30 seconds remain on the clock; however, pitchers will be deemed to have forfeited any of their traditional eight warm-up pitches that they are unable to complete prior to the 30-second deadline. Exceptions to these rules will be made in a variety of circumstances, including if the pitcher or catcher ended the prior half-inning at bat or on base.

These rules will be enforced through a warning and fine system, with discipline resulting for flagrant violators. No fines will be issued in Spring Training or in April of the 2015 regular season. Donations will be made to the Major League Baseball Players Trust charitable foundation based on the level of adherence to the new rules.

Manager Don Mattingly over the weekend didn't think his team will have a problem with the pace of play proposals.

"I think once they get used to this, it is not going to be an issue, Mattingly said, "it is like anything else, guys are going to adjust."

A batter cannot step out of the box when they take a pitch, but the new rules are otherwise fairly lenient. 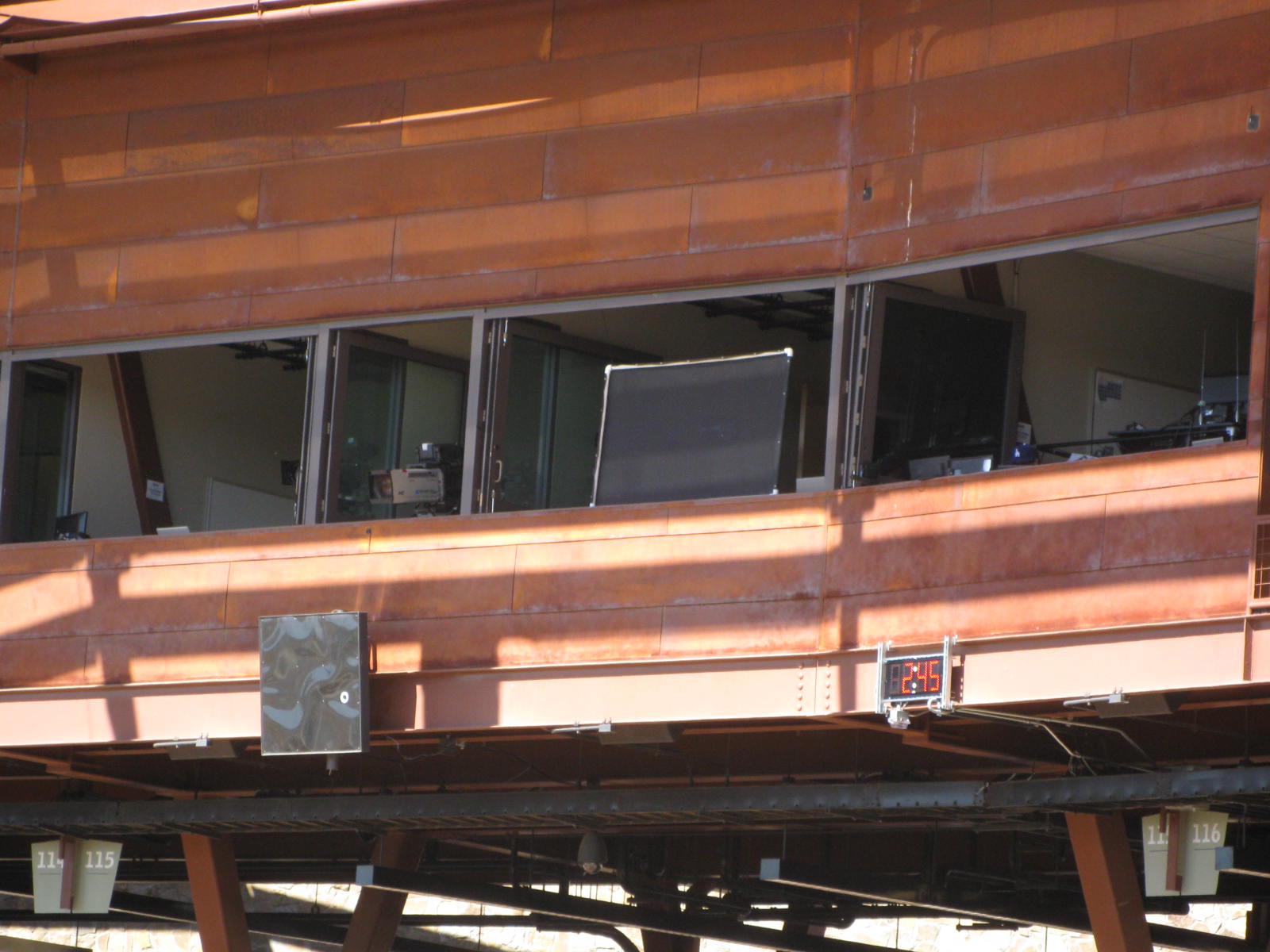 The clock behind home plate is smaller than the one in center field.

"Every other situation, ball gets away, guy throws over, guy steps off the mound," Mattingly said, "you can step out of the box at that point."

As far as when the Dodgers pitch and play defense, Mattingly didn't think the pace of play proposals would be a problem, and said he didn't expect anyone to be fined.

"He'll make the adjustment," Mattingly said with a smirk. "We'll explain where we have to be and he'll be out there."

Mattingly also mentioned that the pitcher would be the one to be fined for not starting an inning on time even if it was caused by a position player not being on the field. This was news to Clayton Kershaw.