While the well-deserved hype continues to build around Julio Urias, the crown jewel of the Dodgers’ farm system took a tremendous leap forward in 2014. Corey Seager mashed his way through one of the most difficult promotion leaps in baseball, leaving the hitter-friendly California League for the more polished competition of the Southern League. Seager tops this list for his rare combination of hitting ability, power, size, and athleticism. In an era where teams often have to trade one offensive tool for another, Seager’s potential for plus tools in both while playing defense on the left side of the diamond make him an invaluable talent and a potential franchise cornerstone.

There’s very little to quibble with Seager offensively. His swing is noted for the tremendous bat speed he generates and the power behind his weight distribution. His set-up is pretty straightforward and upright, and Seager strides out to the front of the box while transferring his weight through contact. He drops his hands just slight enough that with his high extension through the swing he creates the necessary backspin on the ball for loft. Seager hit to all fields last season and will eventually have the power to all fields, though last season the power primarily came pull side.

It’s hard to avoid trying to compare Seager to Troy Tulowitzki, but from a swing standpoint, the two share similarities. Like Tulo, Seager can get away with a longer swing because of how quick his hands work and the impact he can put on the ball. Both appear at times to be swinging wildly, but it’s a controlled aggression that produces qualities results. Seager shows confidence in his plate approach and can drive the ball from a number of zones.

Despite only hitting two home runs in 38 games after leaving the California League, Seager’s power is developing nicely as he fills out. His line drive and fly ball rates from last year are in line for what you’d expect from a future power hitter, and Seager’s build suggests that he will develop consistent home run potential. The only thing standing between Seager and future 30-home-run seasons might be the parks he will have to play in on the West Coast. In the mean time, Seager will continue to rack up doubles at a gaudy rate, and produce ISO’s close to the .200 mark at the minor league level.

What makes Seager special offensively is that while the power can be dreamed on, the hit tool is already here and is an easy 60-65 grade tool. Don’t worry about the strikeout rate (21.9 percent in 2014), Seager has a high hitting aptitude and is difficult for pitchers to challenge inside. He can still be fooled on good breaking balls, but Seager doesn’t let his swing get away from him and looks consistent in his approach in every video I watch of him. His line drive rate approached 23 percent last season, quite impressive given his age and levels of competition he faced.

Nobody questions Seager’s ability with the bat, rather everyone wants to know just where he’ll play in the field at the next level. While the Dodgers’ front office has been complementary of his work at the position, especially how well his hands play at the position, most major scouting outlets see a foregone conclusion of Seager playing third base at the major league level. While I’m hesitant to pass judgement on his defensive position because I’ve only seen limited looks of him in the field, my initial opinion sides with the third base argument. 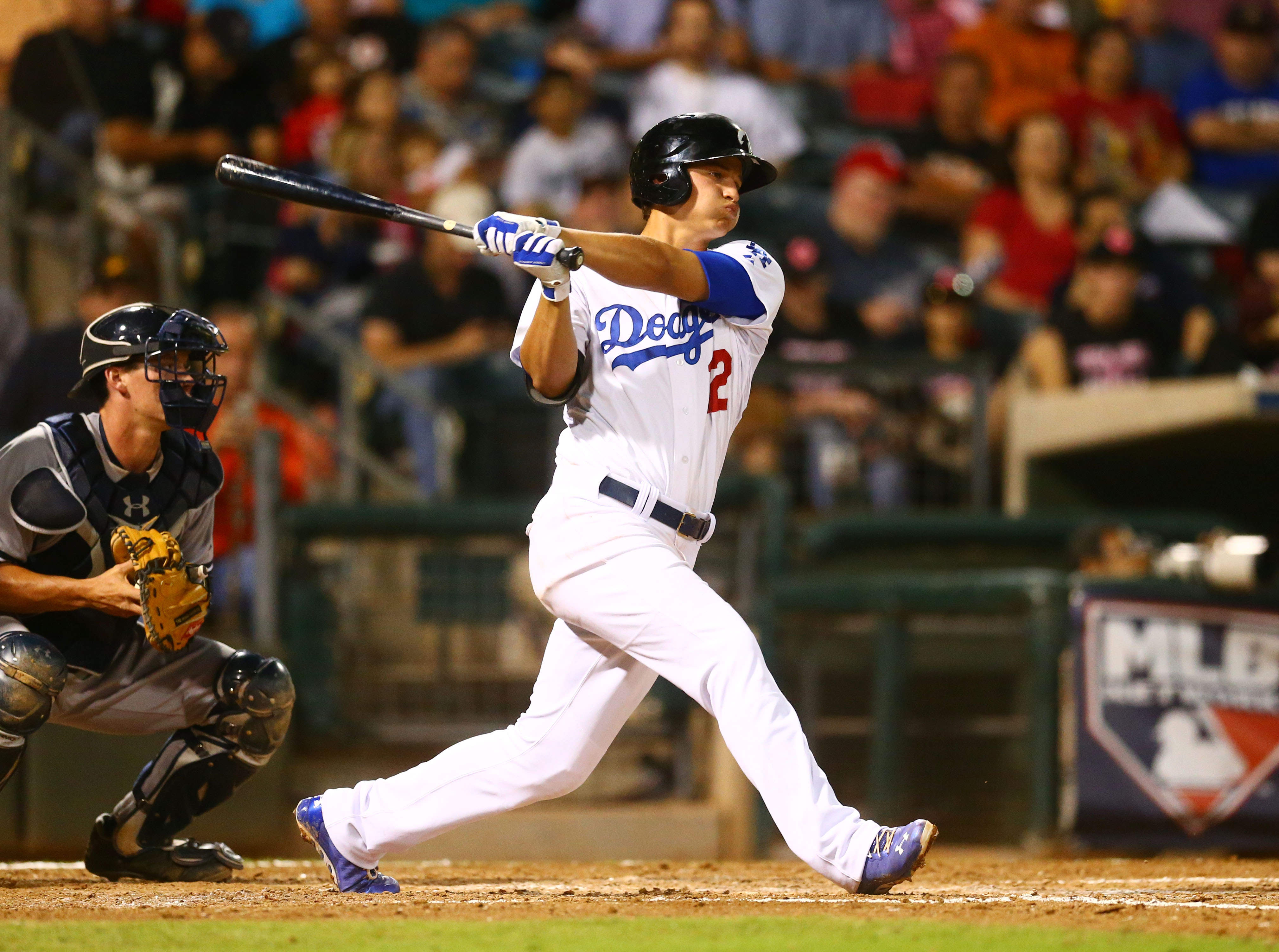 The biggest deterrent to Seager sticking at shortstop is literally his big size; Seager has arguably the largest frame of any current professional shortstop. Listed at 6’4, 215 lbs., he’s an inch taller than Tulowtizki (Ian Desmond too, for that matter, possibly a closer body type comparison) and at 20 years old, he’s continuing to fill out his frame. He looks like he can carry another ten to twenty pounds easily. Additionally, it’s not just the listed numbers that make Seager look so big, but he’s long-limbed as well, built more like an NBA shooting guard than an MLB shortstop. Size alone doesn’t mean Seager can’t play it at the next level, but he’d be blazing a new trail.

In the field Seager’s soft hands and strong throwing arm are evident, but his movements are a little lumbering. Seager is an excellent athlete to be fair, but you don’t see the quick twitch movements you generally associate with the position. This could easily be an optical illusion of sorts, where we just aren’t used to seeing someone this long making plays at the position, and I’m hopeful he’ll start the year in Double-A so I can evaluate his defense on a consistent basis.

At any rate, if he moves to third base he has all the tools to be a plus defender. His strong arms and soft hands would translate nicely to the position, and he’s athletic enough to make plays in the hole. His bat would carry any position on the diamond, so defense shouldn’t be a concern.

The Dodgers have built their 2015 roster so as not to be dependent on Seager’s arrival this year, but it may happen anyway. While players like Scott Schebler could provide some offense in the outfield should injuries arrive, nobody in the system represents a higher potential immediate rate of return than Corey Seager. Should either Uribe or Rollins succumb to injury or age ineffectiveness, Seager will be ready to make his debut. With only 38 games above A ball to his resume, I’d expect Seager to begin the year in Tulsa, and he may not require a stop in Triple-A. The Dodgers have future openings at both third base and shortstop, so Seager’s play will ultimately decide where he fits long term with the Dodgers. The one thing we can say with almost certainty, is that the bat will feature in the middle of the order for years to come.