A different way to look at the Dodgers' top 20-ish prospects.

Share All sharing options for: Ranking the top Dodgers prospects as trade chips

While the roster debates may be settled for now, there will come a point in the 2015 season that the Dodgers will be forced to dip into their burgeoning talent base on the farm, either through call-up or for pieces of a trade. It is always my hope that the team I follow does not have to move any of its future parts for present upgrades, but the expectations of this team and its owners may require a move to strengthen their chances of becoming champions.

To analyze what a move may mean to the Dodgers down the road, or possibly the present, I’ve re-ranked my top 20 (plus some) using a handful of arbitrary factors to convey my opinion of the trade values of the farm talent as they relate to Los Angeles’ interests.

Here are the said factors I’ve weighed to come up with these rankings:

Overall talent: This is self-explanatory. Essentially each player started in their ranking I gave them in the top 20 prospect list. I gave pitcher Jose De Leon and catcher Julian Leon starting values roughly where they were ranked by Baseball America.

Future value to trading club: This is essentially the same thing as the above factor, but additional weighting was given to players closer to providing value to the major league team. If a trading club is parting with a valuable major league piece, they may want a more immediate return on their investment.

Present value to parent club: The closer to filling a need for the current team, the less incentive the team has to trade the player. As you’ll read below, some players are too high up the organizational depth chart that trading the player might create a decent enough hole behind them to make any trade a wash or even a loss.

Organizational depth chart: Similar to present value, but speaks to primarily how replaceable a player might be. If a prospect has several major league names to leapfrog to reach the Dodgers, they might be of less present value than a player with few alternatives or a placeholder in front of them.

Distance from the majors: Like the depth chart, but time to mature factors into trading players as well. A player may have a high ceiling but could be three years away, giving the Dodgers both time to replace the player’s potential, but likewise time for the player to lose luster, struggle to develop, or fall short of his ultimate upside. Until recently, you rarely saw teams trade for players below A ball.

Again, remember that this is an arbitrary ranking system, and I’m not advocating for any players being dealt. So with that, here’s the Top 23 Dodgers Prospects based on trade value:

1. Grant Holmes: Holmes is the perfect combination of future value, distance from the majors, and position on the depth chart to make him the best trade chip the Dodgers have. That doesn’t mean trading him won’t hurt; should Holmes reach his potential, the Dodgers could be trading away the cheap years of a No. 2 starter, but his distance from the majors gives the Dodgers time to restock the depth chart. Should the team decide at some point to enter the Cole Hamels sweepstakes, Holmes would be the "most stomach-able" starting point.

2. Jose De Leon: De Leon is almost the perfect trade candidate. The acquisition cost for De Leon was arguably lower than any of the names in the top ten, and his rise up prospect lists has come without having to put him to the test against more comparable competition. I could argue that his value in trade will never be higher, given his current reputation despite his age, drafting round, and innings pitched above short season. This isn’t to suggest De Leon hasn’t worked hard to improve his prospect status, but considering the odds it would surpass for him to match his reputation, the Dodgers may find more value cashing in on the hype.

3. Scott Schebler: Pretty straightforward situation, Schebler’s bat is major league ready and the line for a corner spot in Los Angeles is pretty long. Ideally, the Dodgers could move out from under the pricier contracts blocking Schebler’s path, but given the unlikely expectations of doing just that, Schebler is a likelier trade candidate.

4. Chris Anderson: Anderson ranked below Reed and Lee in my prospect rankings because I felt his ultimate role would likely be in the bullpen. He leapfrogs the two in trade value rankings because his appeal to a trading team would likely come from starting, so I’m hedging the likelihood that his value would be higher to the acquiring team.

5. Chris Reed: I believe he’s ready to start for some team, and I still buy the upside as an innings-eating ground ball specialist. The Dodgers have him further down their depth chart and can absorb losing his potential.

6. Zach Lee: Lee might be higher than Reed on the Dodgers depth chart, but their position on this list is almost interchangeable.

7. Darnell Sweeney: The pending signing of Olivera doesn’t do Sweeney many favors on the organizational depth chart, though second base isn’t necessarily the best position for either player. Sweeney’s value to the Dodgers increases if he plays more centerfield, but for now, he’s a prime trade chip with too many players to fight through the second base gauntlet.

8. Austin Barnes: I’d classify the players from Schebler to Barnes as the "ready" tier, meaning guys that could probably be the best option at their respective positions for a handful of trade partners. Barnes is the most valuable of this group to the Dodgers because of his positional scarcity. At this point, he’s probably a catcher, and that’s a position hard to part with, even with a player like Grandal ahead of him.

9. Julio Urias: The next two names could probably land any elite veteran trade chip on their own, but that doesn’t necessarily mean that provides more value to the Dodgers. Urias ranks ahead of Seager because he still needs to prove durability with a heavier innings load, and the more uncertain nature of pitchers in general. Yes, the Dodgers could part with Urias and not feel any negative affect this season, but over the next handful of years, the value lost could be substantial.

10. Corey Seager: Seager and Urias are almost interchangeable, but the value to the Dodgers tips the scale for Seager, who is the heir apparent to Jimmy Rollins at short, and made even more likely with the addition of Hector Olivera to man third (though he could possibly be the heir to Howie Kendrick, lots of balls in play).

11. Daniel Coulombe: He’s probably ready to pitch in someone’s bullpen as a LOOGY, and the Dodgers have additional LOOGY options to lessen the blow of losing him on the depth chart, but the value of this type of arm is only so high.

12. Joe Wieland: Could be ranked near the bottom since he may be needed in April, but Wieland is the starting version of Coulombe. He’s ready to pitch in somebody’s rotation, but fifth starters only have so much value.

13. Joc Pederson: You could make an argument to rank Pederson dead last on this list. The Dodgers simply do not have a player capable of manning center everyday like Joc can right now, and only Yasiel Puig rivals his potential going forward. Pederson ranks 13th because if the team wanted to, they could probably land a high end veteran with him alone (Pederson for Hamels, who says no?), but he’s not top 10 because any move made with Pederson could be a wash in value for this season, and a potential negative going forward. Unlike Urias or Seager, who are better prospects, nobody tops Pederson on his respective positional depth chart. 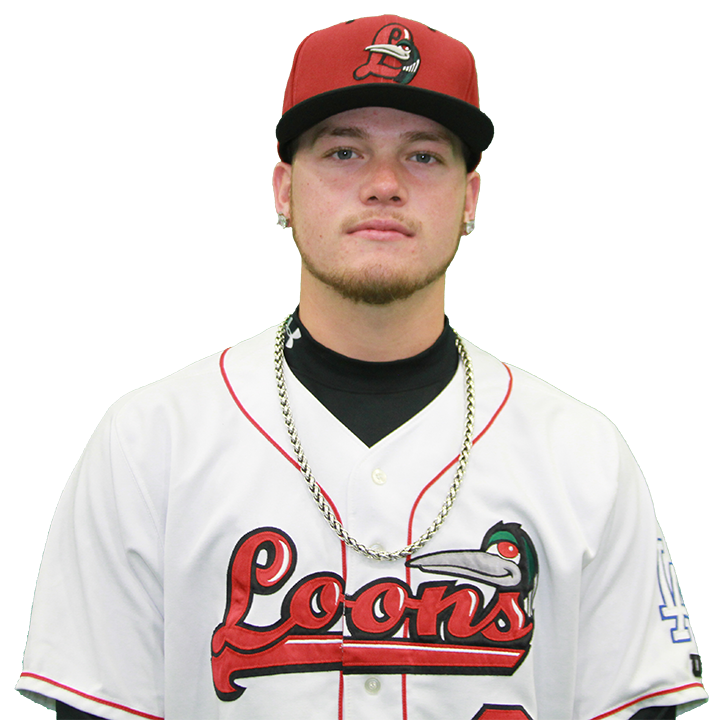 14. Alex Verdugo: Players 14-17 could be tiered together as the "upside" group. These guys are pretty far from the major leagues (only Bird has established himself in full season ball) and will delay the return investment of any trading team. A case could be made for Verdugo to make the top five of this list, given the value the Dodgers could expect back for him. That being said, the Dodgers are thin on position players and his overall ceiling hasn’t crystallized. I place a greater value on having high ceiling bats, so Verdugo slides down this list as a cost potentially too great to part with, but not enough of a known commodity to expect a greater return from a trade partner.

15. Julian Leon: Second best of the "upside" guys, I would be more persuaded to part with someone like Leon for the right talent, but I feel like a trading team would want Leon as a complementary piece to a higher-rated player.

16. Cody Bellinger: Ranks below Leon because he’s already at the bottom of the defensive spectrum (despite being a fantastic defender at first base). Value probably higher now for Dodgers to find what they have as opposed to parting with him for perceived trade value.

17. Zach Bird: Last of the "upside" names, and ranked lower than the above for having a lower overall ceiling and as a pitcher, has a few levels to clear before he reaches the majors healthy (not suggesting he is at risk, other than just being a guy who throws hard and is at least two years away).

18. Pedro Baez: Rated under the "ready" group and the "potential" group because of his relief status and his being on the big league roster on the outset of the season. Volatility of current bullpen gives him more value to Dodgers as a depth option.

19. Ross Stripling: Would have more value if 100% healthy, teams may wait to see how he responds from surgery before asking about him.

20. Brandon Dixon: Valued higher than next two names because of his position on the minor league ladder. Little value beyond a look-see at the moment.

21. Jeff Brigham: Hasn’t pitched above short season, teams may see him as reliever only, has Tommy John on his resume.

22. A. J. Vanegas: Similar value to Brigham, but could rise if team pushes him quickly as a reliever and he succeeds.

23. Erisbel Arruebarrena: Team allegedly attempted to move him and his salary when he was taken off the 40-man roster; obviously his value is low.