The Dodgers ended a so-so first week with a win in Arizona, then carried that over to an impeccable second week. They beat the Mariners with two straight comeback walk-off wins then spend most of the rest of the week playing from ahead. But the result was always the same. Sweeps of the Mariners and Rockies at home gave the Dodgers a perfect week, and a seven-game winning streak.

"It's just a desire to win," Scott Van Slyke surmised. "When you win, all you are thinking is winning the next game."

Dodger Batter of the Week: Adrian Gonzalez remained hot and Yasiel Puig was very productive when his hamstrings were loose enough to play. But the best hitter in Week 2 was the cleanup man, Howie Kendrick, who delivered a walk-off single on Tuesday and was an extra-base-hit machine the rest of the time, driving in eight runs while hitting .455 (10-for-22).

"He's a guy who if you put in situations to thrive, he's going to thrive," Gonzalez said of Kendrick. "He's showing that he's such a professional hitter, he's not trying to hit home runs. He's just taking what the pitcher gives to him, and executes."

Dodger Pitcher of the Week: Brandon McCarthy was very good on Sunday, but also allowed four home runs (and struck out 10!) on Monday. The starters were okay, but the bullpen was sublime. This week's award is split between Yimi Garcia, who retired nine of 10 batters with six strikeouts, and Chris Hatcher, who rebounded to retire five of seven batters faced with five strikeouts. Garcia also picked up his first major league win, then the next night won again. 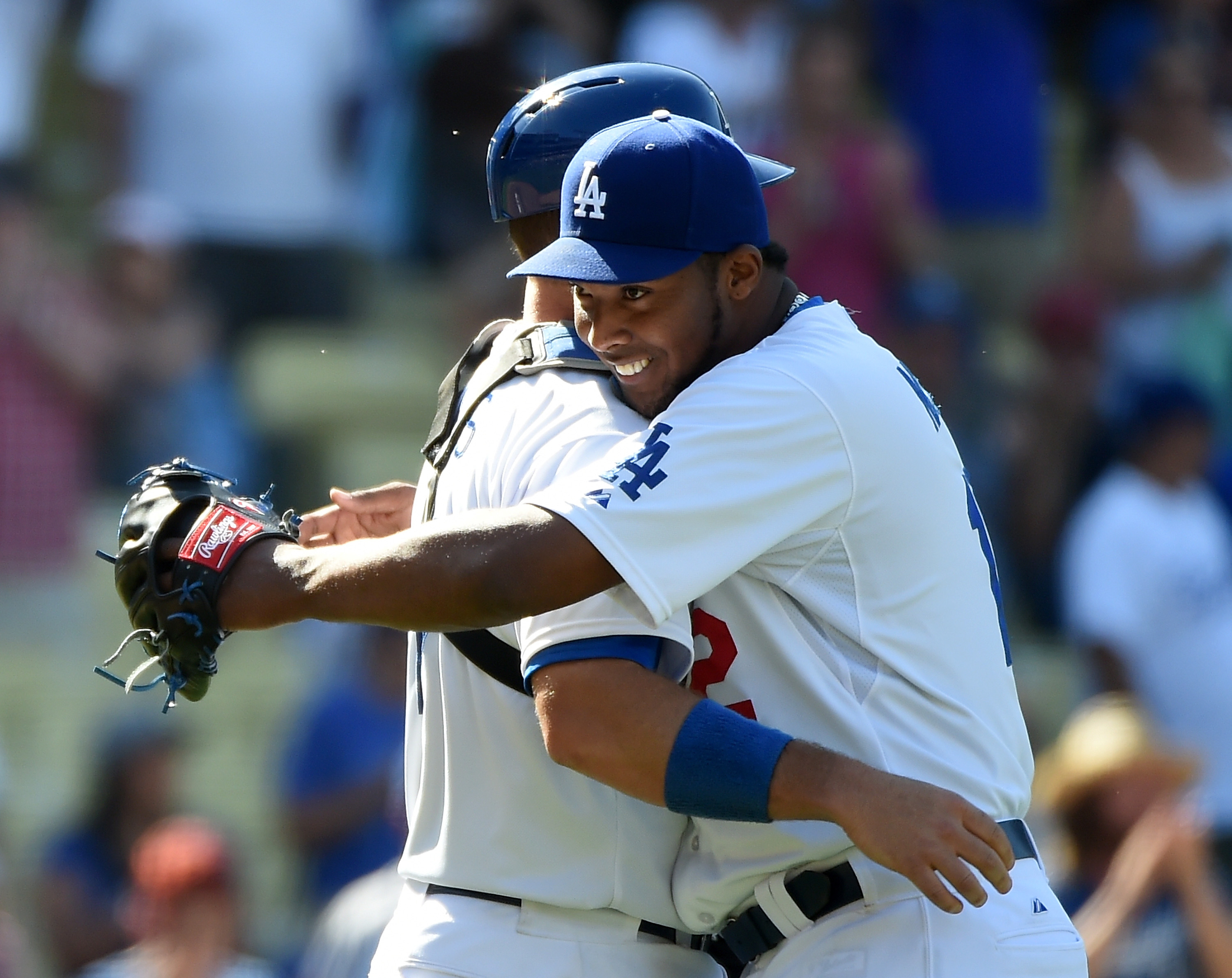 Welcome aboard: Relief pitcher Adam Liberatore made his major league debut on Friday night against the Rockies, and during the weekend pitched in two games, retiring all nine batters he faced in three innings, including three strikeouts. Liberatore is the first Dodgers relief pitcher to begin his career with his first nine batters retired since Ismael Valdes in 1994.

Monday: Relief pitcher Ryan Webb was released, and signed a minor league contract with the Indians

Tuesday: To make a spot start against Seattle, David Huff was added to the roster from Triple-A Oklahoma City, and infielder Darwin Barney was optioned to Triple-A.

Wednesday: One day after throwing four innings in his spot start, Huff was designated for assignment, and pitcher Ryan Dennick was claimed off waivers from the Reds.

Wednesday: Carlos Frias was recalled from Triple-A Oklahoma City for one night of long man insurance.

Thursday: Frias was optioned back to Triple-A Oklahoma City

Friday: The Dodgers claimed pitcher Daniel Corcino off waivers from the Reds, and designated Dennick for assignment. Corcino was optioned to Double-A Tulsa.

Saturday: Huff cleared waivers and was sent outright to Triple-A Oklahoma City; he accepted the assignment.

The Dodgers run the Mark Wasinger gauntlet, hitting the road to battle the Giants in San Francisco and the Padres in San Diego. The rotation hasn't been announced beyond Wednesday, but this is a reasonable estimate based on what we know now.