The Dodgers suffered through a rough week, thanks in large part to an absence of offense. The club hit four home runs and scored 11 runs in Saturday's win over the Padres, but scored 10 runs and hit five home runs in the other five games of the week combined.

The result was a 2-4 week, including a sweep by the Giants in San Francisco, but with the poor offense the team was a blown save (Thursday) away from a .500 week.

But there was one player who had no such trouble on offense.

Guerrero has reached Marlon Anderson and Ronnie Belliard status, which if history is any guide usually comes with increased playing time and the unseating of a starter. Guerrero has played third base so far, and it seems will mix in more time in left field this week. More playing time is coming.

Dodger Pitcher of the Week: Zack Greinke continued his dominance of the National League West on Friday, pitching seven scoreless innings against the Padres with seven strikeouts. Greinke in his career is undefeated against San Diego, 5-0 with a 1.58 ERA in nine career starts. 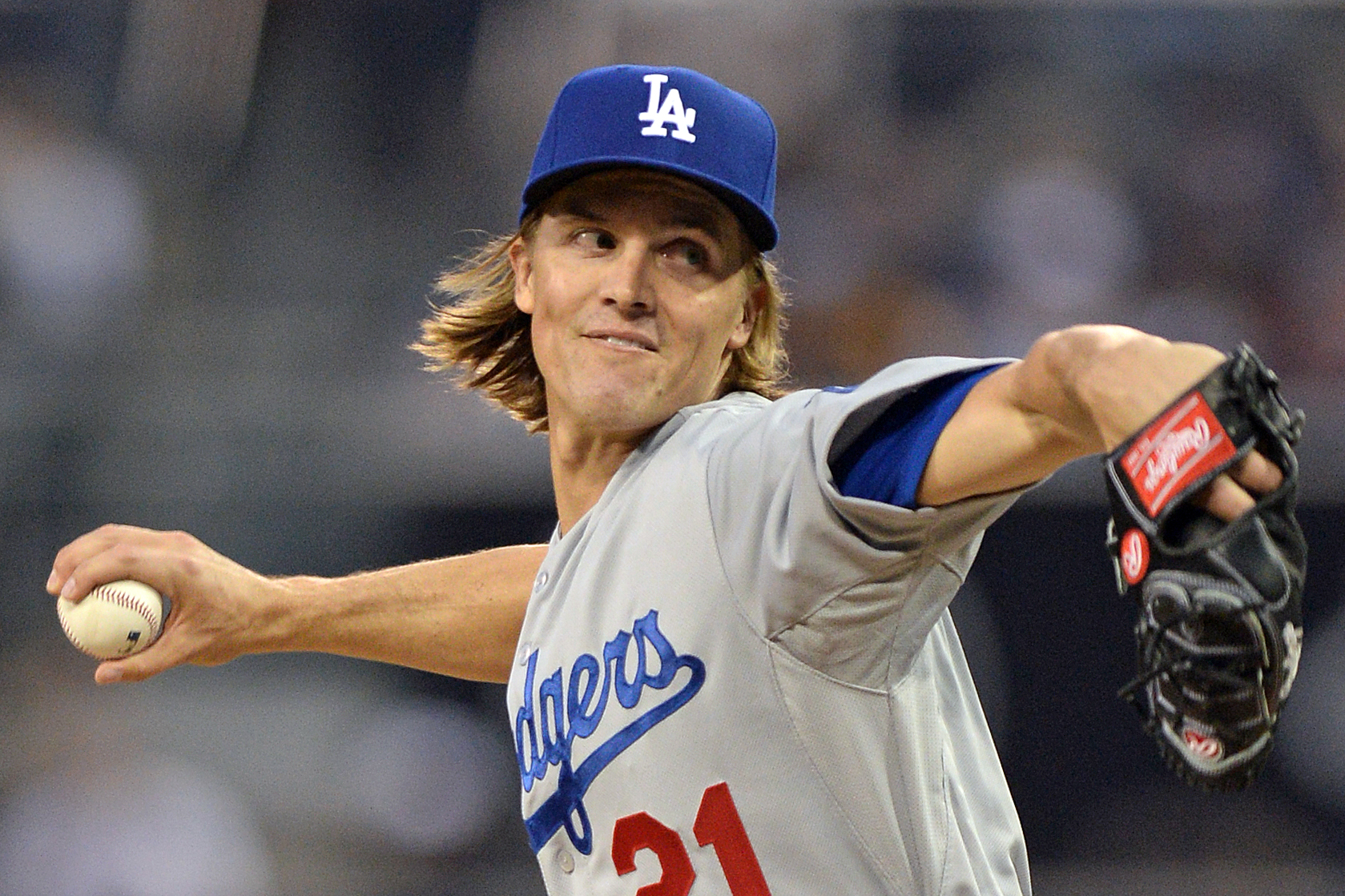 Rough start for Rollins: Dodgers shortstop Jimmy Rollins hit a three-run home run to beat San Diego on opening day but is off to a slow start this season, his first outside of Philadelphia. Rollins was 2-for-22 with two walks this week, and is hitting just .186/.275/.314 through 18 games on the season.

"It’s hard to compute if you just look at numbers," Rollins told Bill Plunkett of the Orange County Register on Monday. "I’m getting myself in good counts, just not finishing it off. I know it’s coming. I’m hitting some off the end, some are getting in just a little bit. But the swing path is right. It’s just a click here, a click there.

Get used to it: Yimi Garcia continued his early dominance this season with four strikeouts in three more scoreless outings, and got his first major league save on Friday night. He was the third Dodgers pitcher to get a save this season, and has established himself as the clear go-to guy to pick up the bulk of the remaining save opportunities until Kenley Jansen gets back.

Garcia has struck out 44.4 percent of batters faced, and his 16 strikeouts are tied for third in the majors among relief pitchers.

This is going to end up being the most time-consuming portion of each weekly review.

Friday: Selected the contract of Sergio Santos from Triple-A Oklahoma City, optioned Bolsinger back to Triple-A, designated Cedeno for assignment.

The Dodgers run the Brandon Medders gauntlet, returning home to host the Giants and Diamondbacks, with a Thursday off day mixed in in between.