LOS ANGELES -- The Dodgers as expected placed outfielder Carl Crawford on the 15-day disabled list with a strained right oblique before the second game of a three-game series against the Giants at Dodger Stadium. The team recalled Kiké Hernandez from Triple-A Oklahoma City to take his spot on the roster.

"It's pretty bad," Crawford said. "It's a bad tear, it wasn't mild or anything like that."

There isn't yet a timetable for Crawford's return, but as of now he is just icing his side, and can't even cough or sneeze without feeling pain.

"I know they are at least two weeks. If he were to be back in two weeks, that would probably be really quick," manager Don Mattingly said. "So a little bit longer than that."

Crawford said he hurt his side on his swing while hitting a triple in the second inning on Monday night. This is his fifth consecutive year on the disabled list at least once, averaging 96 games played per season from 2011-2014.

"I was hoping not to get hurt again, and I know it's like a broken record, going on the DL again. But there's no way I could have avoided it," Crawfoed said. "I'll just work hard, get strong again, try to get back." 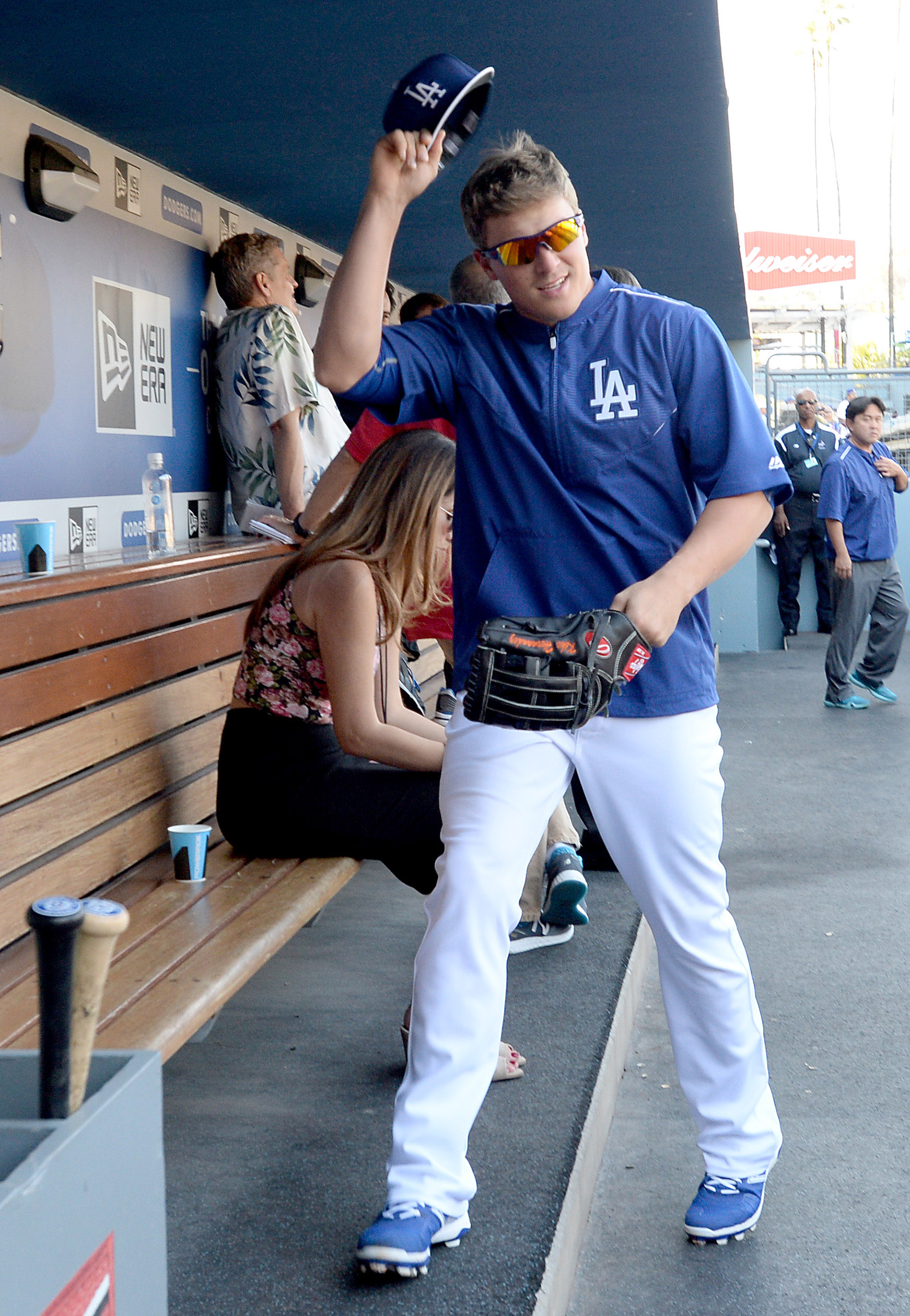 Hernandez was just 10-for-59 (.169/.219/.254) with two doubles, a home run and four walks in 16 games with Triple-A Oklahoma City. But he proved versatile, starting eight games at shortstop, four games in center field, and three games at second base.

Hernandez was one of the final cuts of spring training after hitting .267/.279/.600 in Cactus League play and tied for the team lead with six home runs. At the time of his demotion, he took it in stride.

"They want me to play every day, so I'll go down there, play every day and do my thing," Hernandez said on April 4. "They said there just wasn't any room for me right now, so just be patient."

But wanting the 23-year-old to play every day was trumped by a thinning depth chart at the major league level.

Hernandez arrived during batting practice, but Mattingly spoke with reporters before that as Hernandez was on his way from Los Angeles International Airport.

"I hope the guy who's bringing him has fast pass," Mattingly said.

Hernandez starts in center field for the Dodgers on Tuesday night.