Share All sharing options for: Dodgers Week 7 review: Offense but a whisper

It was a rough week for the Dodgers, who put their bats on ice in scoring only seven runs. The club tied a Los Angeles franchise record with a 35-inning scoreless streak, including no runs in a three-game sweep to the rival Giants up north. The pitching staff was mostly up to the task until a disaster start by Carlos Frias on Sunday, leading to four losses in six games during the week.

But years from now, looking back, I wonder if this week might be remembered for something else.

Back in 2012, the last time the Dodgers went through a franchise-worst offensive drought, with 17 runs in their final 13 games of June, including five shutouts in a six-game stretch, and the other scoreless San Francisco sweep, the Dodgers made official their contract with Cuban defector Yasiel Puig.

This week, in the midst of the 35-inning scoreless streak, including no runs in three games at AT&T Park, the Dodgers finalized their contract with a pair of Cubans - infielder Hector Olivera to a $62.5 million major league deal, and pitcher Pablo Fernandez to a minor league deal, including an $8 million bonus.

Or maybe we'll remember this as the week Zack Greinke chose 'Careless Whisper' as his at-bat music.

Dodger Pitcher of the Week: Mike Bolsinger allowed a leadoff single in the first inning on Saturday, but erased him on a double play and retired his final 23 batters faced in his eight-inning masterpiece. 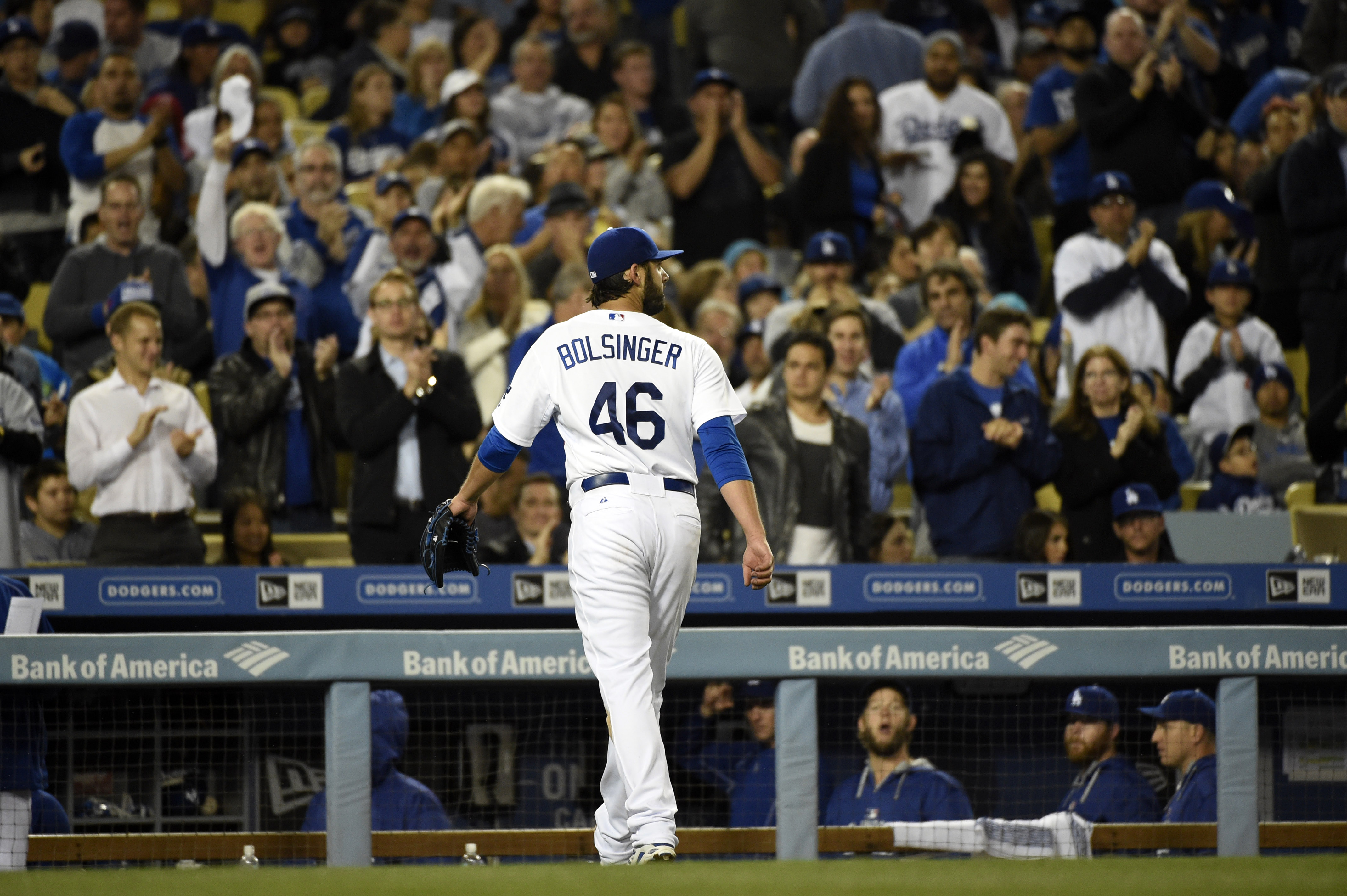 Welcome aboard: Austin Barnes made his major league debut on Sunday behind the plate, becoming the 70th Los Angeles Dodger to start at catcher. Barnes was 1-for-3, collecting his first major league hit, a single to center in the eighth inning against Dale Thayer.

Tuesday: Signed Fernandez to a minor league deal, with an $8 million bonus.

Thursday: Suspended shortstop Erisbel Arruebarrena for the remainder of the 2015 season.

Saturday: De La Rosa was claimed off waivers by the Padres.

The Dodgers run the Terry "Don't Call Me Jeff" Pendleton gauntlet, hosting the Braves then taking a day off before traveling to their own personal hell of St. Louis.