LOS ANGELES -- Brett Anderson takes a streak into Monday night's game against the Braves, but it has nothing to do with the Dodgers left-hander's performance on the mound. 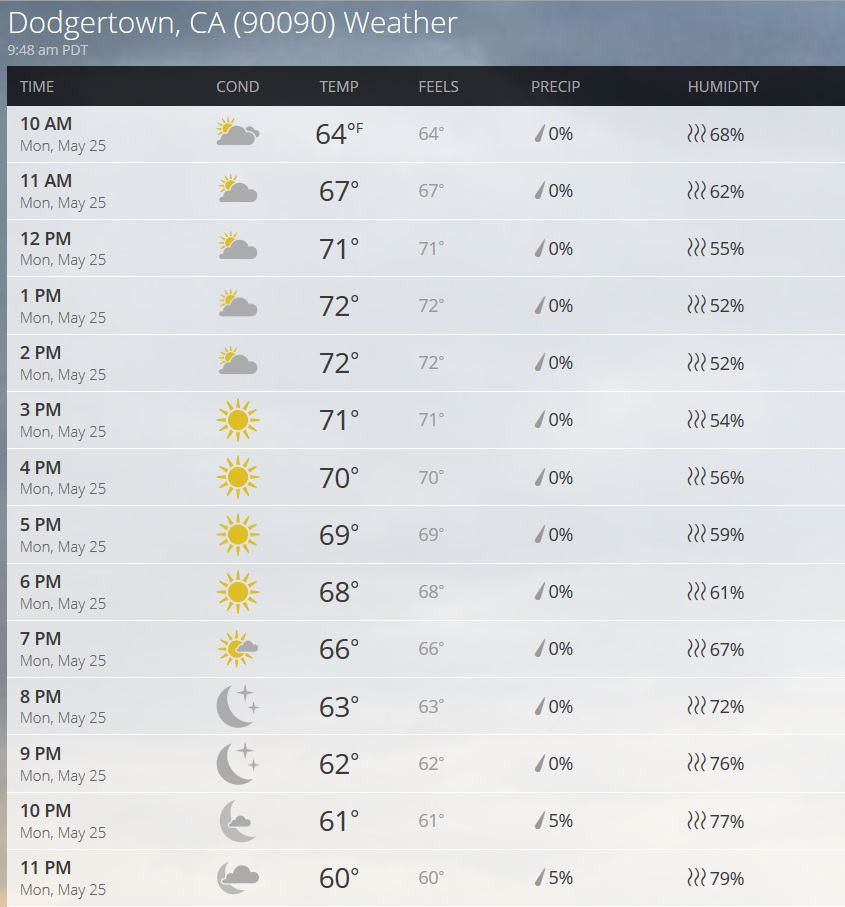 Monday night's forecast calls for no rain at Dodger Stadium.

I'm not even talking about Anderson's streak of bringing rain in three consecutive starts, including a rain-shortened win in Denver on May 8, a rare Dodger Stadium rain delay on May 14, and rain mixed into his start last Wednesday in San Francisco.

Anderson's active streak heading into Monday is that he has walked at the plate in each of his last three starts. Since 1914, the longest streak of walking by a Dodgers pitcher is four games, last accomplished by Howie Reed in 1965.

At the plate this season Anderson is 1-for-10 with an RBI double and six strikeouts. His four walks on the season are more than pitchers on any of the other 29 teams in baseball.

Williams Perez makes his second major league start and appears in his fourth major league game for the Braves on Monday. The 24-year-old Venezuelan was called up after a 1.33 ERA in five starts for Triple-A Gwinnett, with 21 strikeouts and nine walks in 27 innings.

Perez has nine strikeouts and five walks in the majors, with five runs allowed so far in all of 7⅓ innings.