It was an up and down week for the Dodgers, who had their moments - three home runs in the eighth inning on Monday, a six-run fourth inning on Tuesday, and Yasmani Grandal's three-run home run on Saturday in St. Louis.

The Dodgers pitching was awesome during the week, allowing just over two runs per game. The starters pitched six quality starts in six games, never allowing more than two runs in a start, averaging 6.5 innings per start, and collectively had a 1.62 ERA.

Dodger Batter of the Week: Even though he took the silver sombrero collar on Sunday, Alex Guerrero takes this award for packing his production into relatively limited playing time, as he has done all year. In his 14 plate appearances, Guerrero led the team with two home runs and drove in three.

Honorable mention goes to Andre Ethier, who homered, doubled and drove in four runs; and to Joc Pederson, who hit .375 (9-for-24) with a home run and a double.

Dodger Pitcher of the Week: The pitching staff was on point last week, led by Clayton Kershaw, who struck out 10 and walked none in seven scoreless innings on Tuesday against Atlanta in his best start of the season.

Honorable mention goes to Carlos Frias, who rebounded from a 10-run whooping to allow only one unearned run in seven innings on Saturday in St. Louis, the longest start of his career. 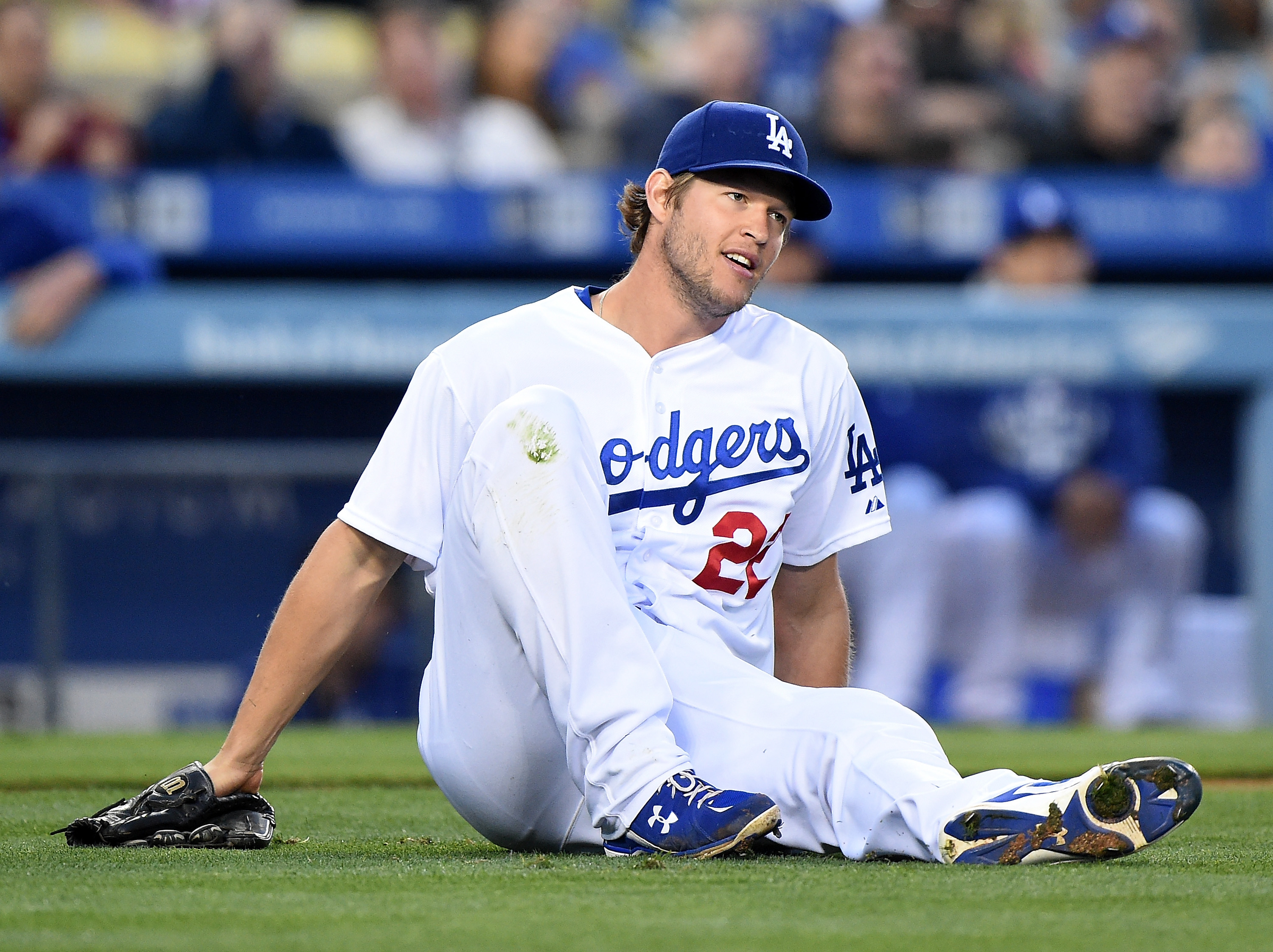 Clayton Kershaw pitched his best game of the year and the offense came alive with a six-run fourth inning, their highest-scoring frame of the season. (Photo: Harry How | Getty Images).

Fearless: Zack Greinke on Wednesday stole a base, the only steal of the week for the Dodgers. It was the only steal by a major league pitcher this season, the third by Greinke since joining the Dodgers, and his fourth steal in four attempts in his career.

"You gotta be smart," Greinke said of his attitude on the base paths, "and not really be scared to look terrible."

Wednesday: Traded third baseman Juan Uribe and pitcher Chris Withrow to the Braves in exchange for infielder Alberto Callaspo and pitchers Eric Stults, Ian Thomas and Juan Jaime. Stults was designated for assignment, Thomas was optioned to Triple-A Oklahoma City, and Jaime (not on the 40-man) was assigned to extended spring training at Camelback Ranch in Arizona.

The Dodgers run the Danny Sheaffer gauntlet, with a four-game series against the Rockies at Coors Field, then four games back home for a second straight weekend series against the Cardinals. There are a pair of TBA pitchers for Tuesday's doubleheader, with Zach Lee or Joe Wieland the only real options for the Dodgers in Game 1, and David Hale in line to be called up from Triple-A Albuquerque to start Game 2 for the Rockies.