Dodgers Week 10 review: Back on track

Share All sharing options for: Dodgers Week 10 review: Back on track

The Dodgers got back on track by feasting on their own division, sweeping the Diamondbacks at home then winning a series on the road against the Padres in San Diego. The Dodgers have swept Arizona three straight times at Dodger Stadium, and have won all four series against the rebuilt Padres this season, including two in San Diego.

Even with their paralysis against San Francisco this season, the Dodgers are 26-17 against the National League West, and ended their week with a 3½-game lead in the division.

Dodger Batter of the Week: No longer hamstrung, Yasiel Puig helped infuse life back into the Dodgers offense, going 10-for-20 (.500) with three extra-base hits. Honorable mentions go to Andre Ethier, who hit .368/.400/.789 with a triple, two homers; and to Yasmani Grandal, who homered twice.

Dodger Pitcher of the Week: Clayton Kershaw struck out 11 and pitched into the seventh in a no-decision on Friday in San Diego. Honorable mentions go to Carlos Frias, who has become Johnny Longstart recently, lasting 6⅔ innings for a third straight start on Tuesday; and to Zack Greinke, who pitched an efficient eight innings on Saturday but had an unfortunate result thanks to one misplaced slider and Justin Upton. 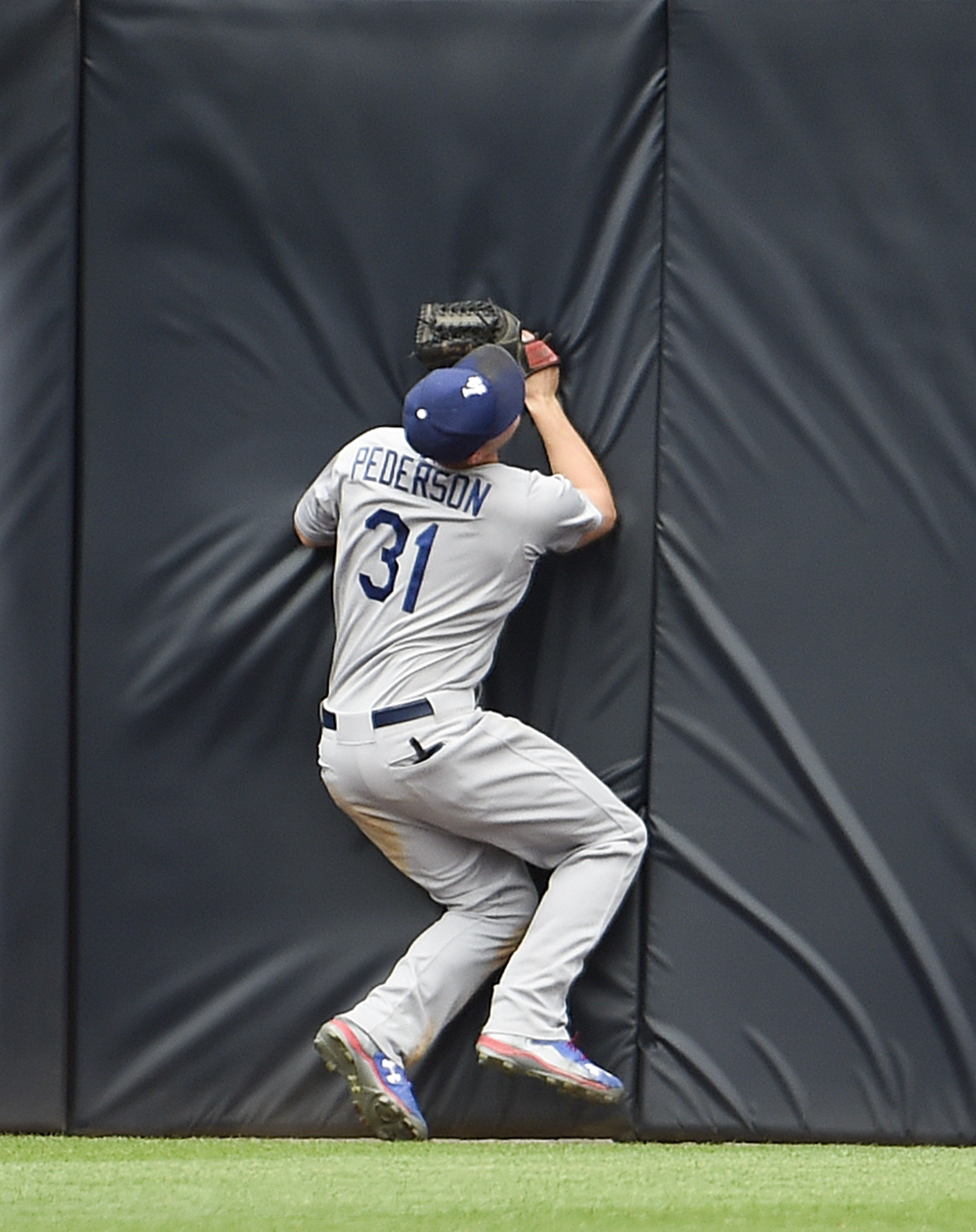 Down 2-0 early, the Dodgers clawed back. Adrian Gonzalez doubled home the tying run in the eighth inning, then singled home the winning runs in the 12th. In between, Joc Pederson saved the game with a tremendous catch at the center field wall to rob nemesis Justin Upton to end the ninth. (Photo: Denis Poroy | Getty Images)

Friday: Acquired infielder Ronald Torreyes from the Blue Jays for cash considerations, and optioned him to Double-A Tulsa. To make room on the 40-man roster, infielder Darwin Barney was designated for assignment.

The Dodgers run the Will Clark gauntlet, reengaging interleague play with a quick home-and-home series with the Rangers, followed by three games against the Giants at Dodger Stadium, where the Dodgers are allowed to score runs against San Francisco. The Sunday game won't be on SportsNet LA, but rather will be exclusively on ESPN.