Running the 2010 World Series gauntlet last week was just as unpleasant for the Dodgers as actually watching the Series. The club lost three straight games to the Rangers before stealing a win on a walk-off balk, then dropped two more games to the Giants before exploding for 10 runs on Sunday night to end a terrible week on a high note.

Dodger Batter of the Week: Justin Turner continued to produce at nearly unprecedented levels, hitting .435 (10-for-23) with three doubles and four home runs, including home runs in a career-high three straight games to end the week. Turner drove in eight and scored seven runs to lead the team.

Dodger Pitcher of the Week: Zack Greinke got a no-decision on Thursday but had arguably his best start of the season, with seven scoreless innings and eight strikeouts against the Rangers, with no walks. 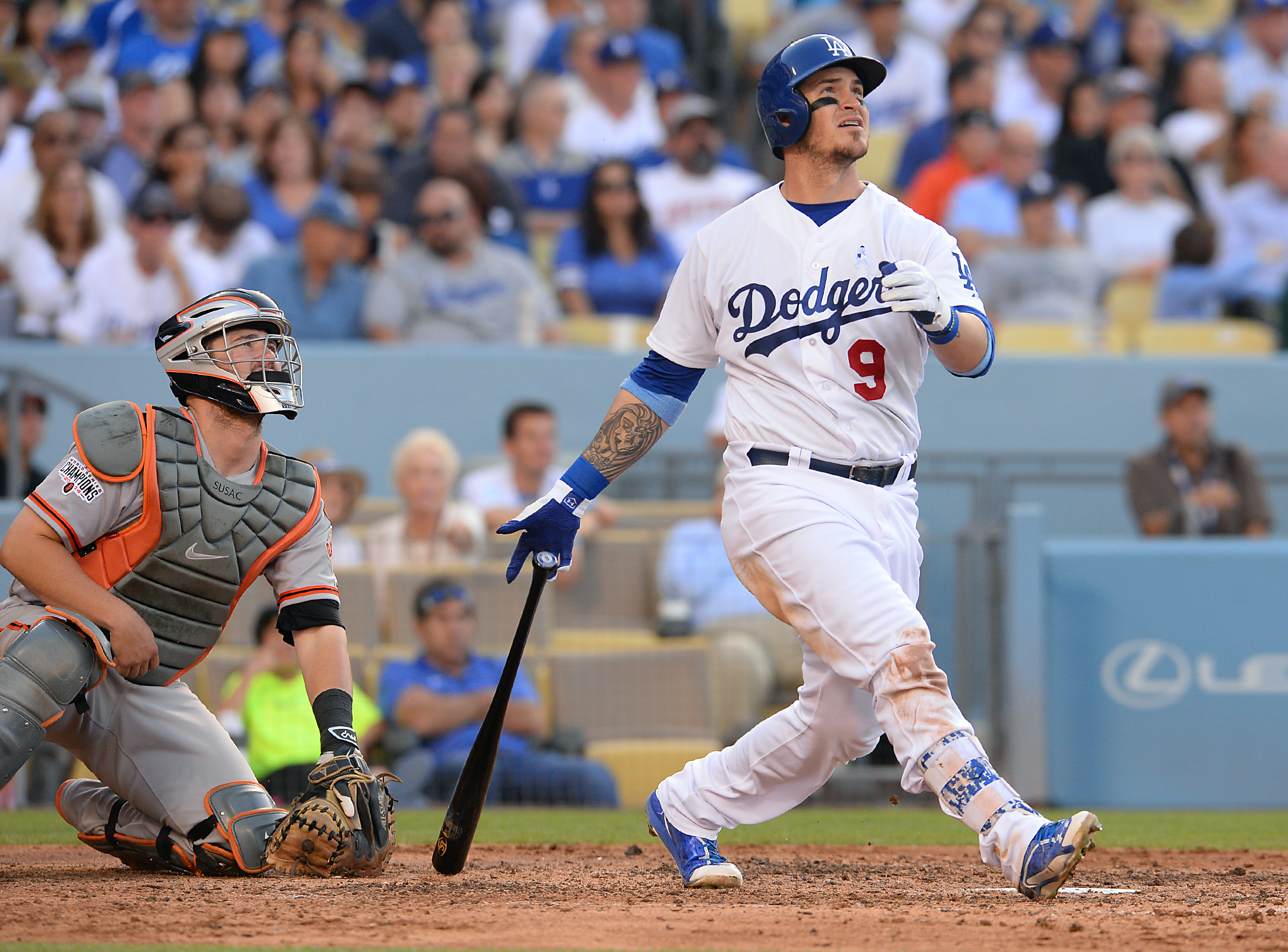 Dodgers relief pitcher Daniel Coulombe batted in the seventh inning on Sunday night against Michael Broadway of the Giants. It was the first major league plate appearance for Coulombe, in his ninth game. But it was also his first plate appearance as a professional for the 2012 draftee, in his 151st game counting the majors and minors.

Wednesday: Scott Van Slyke was activated from the disabled list, and pitcher Chris Hatcher was placed on the 15-day DL with a left oblique strain.

Thursday: The Dodgers recalled Coulombe from Triple-A Oklahoma City, and optioned outfielder Chris Heisey to Triple-A, putting the Dodgers back at seven relief pitchers and a 12-man pitching staff.

Saturday: To get a fresh arm in the bullpen, Matt West was recalled from Triple-A and Josh Ravin was optioned to Oklahoma City.

Wednesday's broadcast on ESPN2 is a full national broadcast, and won't be blacked out in Los Angeles. If the College World Series ends on Tuesday, the Dodgers-Cubs game on Wednesday will move to ESPN.