Last week was in many ways a Rorschach Test for viewing the 2015 Dodgers. One one hand the club put up a winning record on the road against the Cubs and Marlins, something that has eluded them most of the year. But the flip side was poor hitting, as the club allowed only 11 runs in seven games for the week yet still managed to lose three games.

Dodger Batter of the Week: Justin Turner continued to rake with two home runs and a triple, but this award goes to Adrian Gonzalez, who hit .360 and snapped out of a power drought with a home run and a double.

Dodger Pitcher of the Week: The pitching staff was pretty great all week, headlined by Zack Greinke, who allowed no runs in his two starts, and at least on Sunday got two whole runs of support for a win. Brett Anderson gets a mention for tying a career high with 10 strikeouts on Friday. 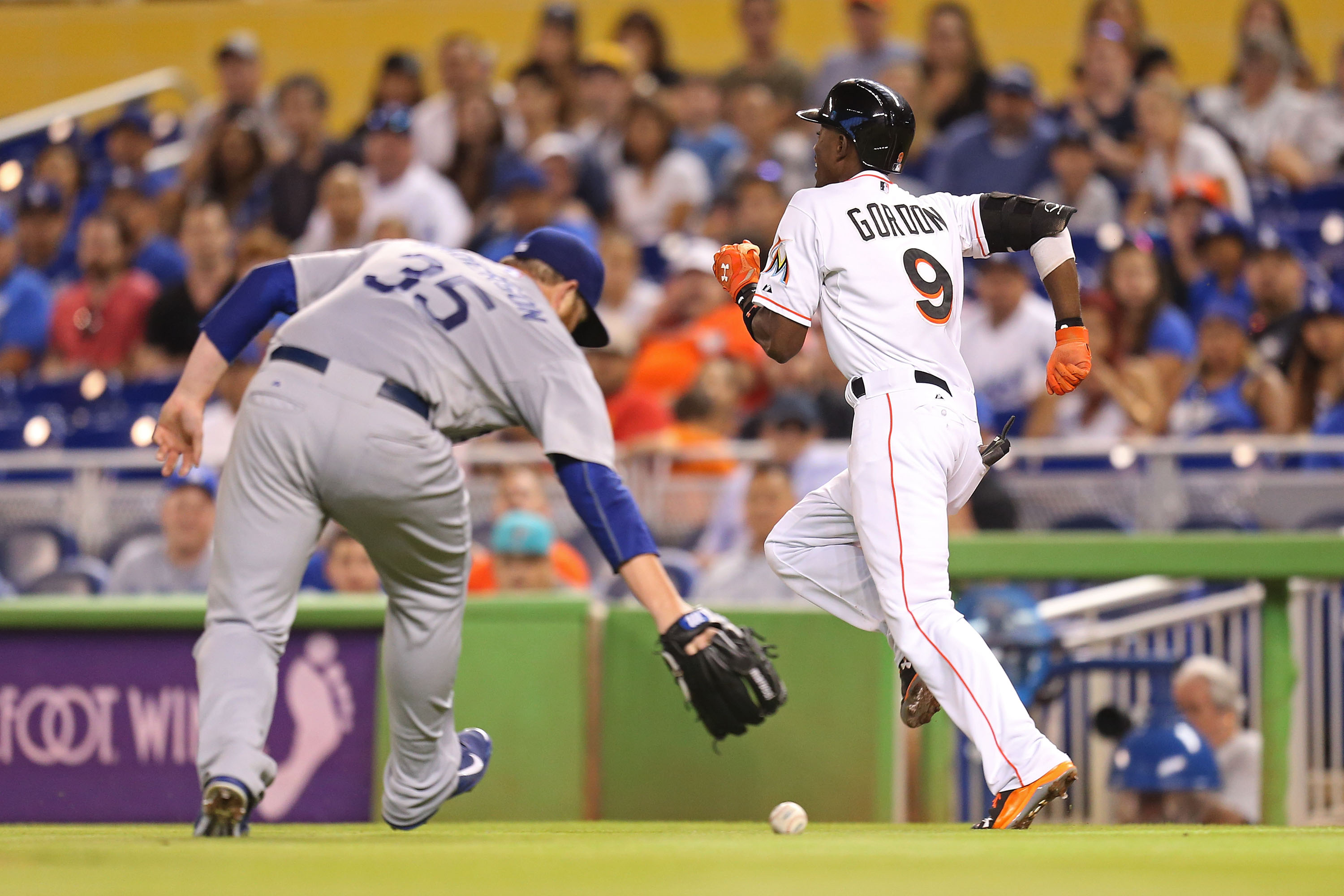 Brett Anderson allowed this leadoff single then not much else on Friday, cruising to a win in Miami. (Photo: Rob Foldy | Getty Images)

Carlos Frias popped up a bunt on Thursday, but reached base on a fielder's choice. Then the fastest Dodgers pitcher came around to score, his first major league run scored.

Monday: In a swap of pitchers, Joel Peralta was activated from the disabled list and Ian Thomas was recalled from Triple-A Oklahoma City, with Daniel Coulombe and Matt West optioned back to Triple-A.

Friday: Pedro Baez was activated from the disabled list, and Thomas was optioned to Triple-A.

The Dodgers run the Bernard Gilkey gauntlet, finishing off the road trip with three games in Arizona, then after a day off welcoming the Mets to Los Angeles.