LOS ANGELES -- The MLB Draft is upon us, and the Dodgers over the next three days will call the name of 42 players, with most signing to begin their major league career. For many, draft day can be a life-changing moment.

"Growing up you have this big fantasy of playing in the major leagues," said Chris Hatcher, drafted by the Marlins in the fifth round in 2006. "It just showed you have that chance. It starts there."

Hatcher was drafted as a catcher, and eventually made the big leagues as a catcher. He rated draft day as his third favorite day as a professional, behind his major league debut and his subsequent return to the majors as a pitcher.

After his season at UNC Wilmington, Hatcher followed the draft online from home with his dad.

"That morning I worked in the yard," Hatcher recalled. "Some scouts told me where they projected me, so I watched for a couple of rounds, then I was picked. I got a call saying, 'We're going to take you with our next pick,' but then the Marlins picked me."

That call came from the Phillies, picking No. 157 overall. The Marlins nabbed Hatcher at No. 155.

Paco Rodriguez was drafted in 2012, and also followed the draft with his dad, as well as his college teammate Hudson Randall, a pitcher who was also drafted that year, one of nine University of Florida players drafted in 2012.

"We were online listening to it, and had two computers just in case," Rodriguez said. "When I got called I was kind of surprised because the Dodgers hadn't called, and I had a few teams just behind them who were interested."

That misdirection and surprise isn't uncommon.

"I got a call from the Reds, which was weird because I probably talked to 15 teams and the Reds weren't one of them," said Justin Turner, drafted by Cincinnati in the seventh round in 2006.

Daniel Coulombe was following the 2012 draft online, while in a summer school class after his junior year at Texas Tech.

"My plan was to play my senior year," Coulombe recalled. "I even told my coach I don't want a scholarship, I'll just try to walk on because I needed to take 30 units. I was going to double major in finance and business.

"I told my teacher, I got a text from a scout that it was a possibility we'll take you. I had my computer up and I saw my name pop up and the guy next to me goes, 'Hey that's you' and I just walked out of class. The rest is history."

The draft can be a long wait for some, but it's all a matter of perspective.

"I told everybody that if I didn't get drafted in the first five or so rounds then I wasn't going to sign. After the first five or six rounds went, I kind of stopped watching," recalled Scott Van Slyke, watching at home in St. Louis in 2005. "Then I got a call later that day."

The Dodgers picked Van Slyke in the 14th round. His older brother A.J. was following online, but with an ulterior motive - he was also drafted that year, in the 23rd round by the Cardinals. 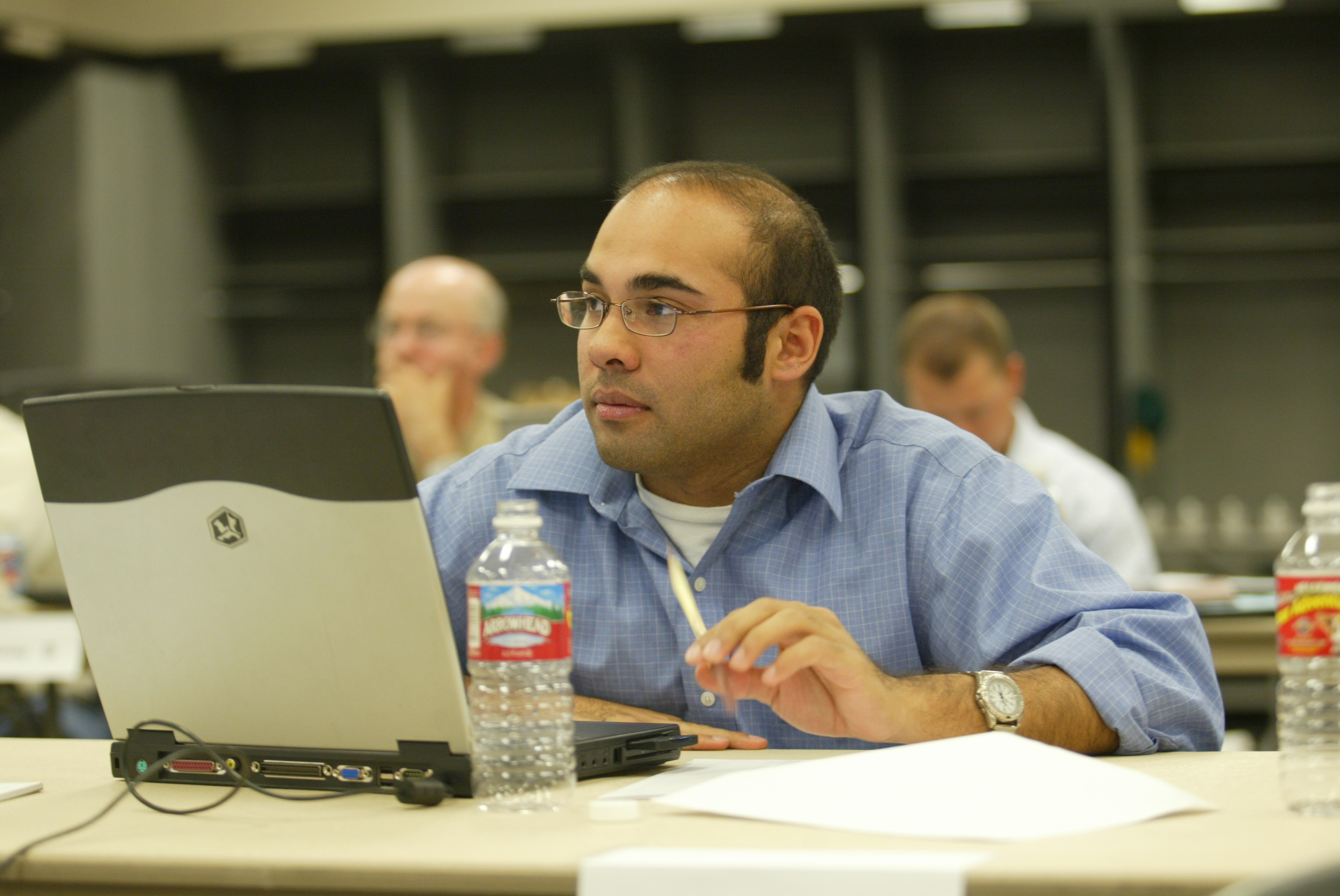 Baseball executives will be quite busy over the next three days, many holed up in a draft war room, like current Dodgers GM Farhan Zaidi was here in 2005 while with the A's (Photo: Getty Images).

Turner had national exposure as part of the 2004 College World Series champions at Cal State Fullerton, and was first drafted as a junior in 2005.

"The first time, my junior year, I remember waiting the whole first day and not hearing my name called. I went the second day, in the 29th round to the Yankees," Turner said. "In my senior year, I heard the Angels were going to take me in the fourth or fifth round, and when that passed up I was like, 'Here we go again.'"

The Yankees picked Turner at No. 889 overall in 2005, six rounds after his college roommate, Danny Dorn, was taken by the Rays. Turner had designs on starting his professional career but quickly changed his mind.

"The Yankees made it easy, because they called when they drafted me and said, 'We know you're still playing. We can't really talk about anything yet, but when you're done we'll get a hold of you'," Turner recalled. "We ended up getting eliminated by ASU in the super regional. I'm sitting at home and a week went by, and I didn't get a phone call."

Turner eventually did get a call, and a pair of contract offers from the Yankees but he was already a little miffed at them, and checking in with Dorn sealed his decision.

"The Rays actually offered him a lot more money than the Yankees were offering me, and he said 'I'm going back to school'," Turner said. "That made it easier for me to go back to school, too."

While Van Slyke was drafted later than he preferred, the high school senior still ended up signing with the Dodgers.

"I kind of always new I didn't want to go to college," he said.

Don Mattingly was drafted out of Reitz High School in Evansville, Indiana in the 19th round by the Yankees, which was a surprise.

"I thought it was going to be Cincinnati or St. Louis. I don't know why. I didn't understand the draft at all, or how it really worked," Mattingly said. "I had no idea. [The Yankees] didn't really talk to me. They talked to my dad, and I don't know what he was telling him. I think he was telling them that I was going to school, but they should have talked to me. because I didn't want to go to school."

Mattingly was signed to go to Indiana State, not only for baseball but also for basketball, to play for the team that just rode Larry Bird's coattails to the NCAA title game. But he knew he was going to start his pro career instead.

"I had my computer up and I saw my name pop up and the guy next to me goes, 'Hey that's you' and I just walked out of class." -Daniel Coulombe, on getting drafted in 2012

"My dad was very logical and knew the percentage of guys that make it, and things like that. He looked at it like, if you had your education, you're in good shape. I understand what he was thinking because I did the same thing with my boys, but neither one of them listened to me."

For some, the draft can be life changing. Coulombe had Tommy John surgery while in school in 2011.

"I was planning on not getting drafted. I got hurt that year. I remember a scout telling me, 'You have a good curve ball but are throwing 82-84 miles per hour. We don't usually draft left-handers who throw that hard," he recalled. "I came out to a camp here and wasn't throwing much harder than that, and they said they might take a chance on me."

Coulombe planned to play as a senior at Texas Tech had the Dodgers not drafted him in the 25th round, No. 776 overall.

"If I wasn't drafted as a senior, I would have hung it up. I wouldn't have played anymore, because I felt for me the writing was on the wall," Coulombe said. "I wasn't expecting this at all. It's been a crazy ride, that's for sure."