The Dodgers' busiest week of the year was especially frustrating and long, with a doubleheader and a game delayed by more than two hours by rain. The Dodgers got an improbable win on Tuesday, down to their final strike in Colorado, but then saw the tables turn.

Three leads in the eighth inning or later went bye bye in the last five days of the week - Wednesday to the Rockies in the ninth, then Friday and Sunday to the Cardinals in the eighth.

That made for a dumpster fire of a week at 3-5.

Dodger Batter of the Week: Joc Pederson tied a Dodgers franchise record with a home run in five straight games, and came within a few feet of a sixth. The last four of those home runs came last week, and he drove in nine runs. He narrowly beats out Adrian Gonzalez, who hit .370 (10-for-27) with four doubles and a home run.

Dodger Pitcher of the Week: Not seeing too many "What's wrong with Clayton Kershaw?" articles anymore, thanks in part to his two wins in two starts last week, allowing two runs with 18 strikeouts in 15 innings. 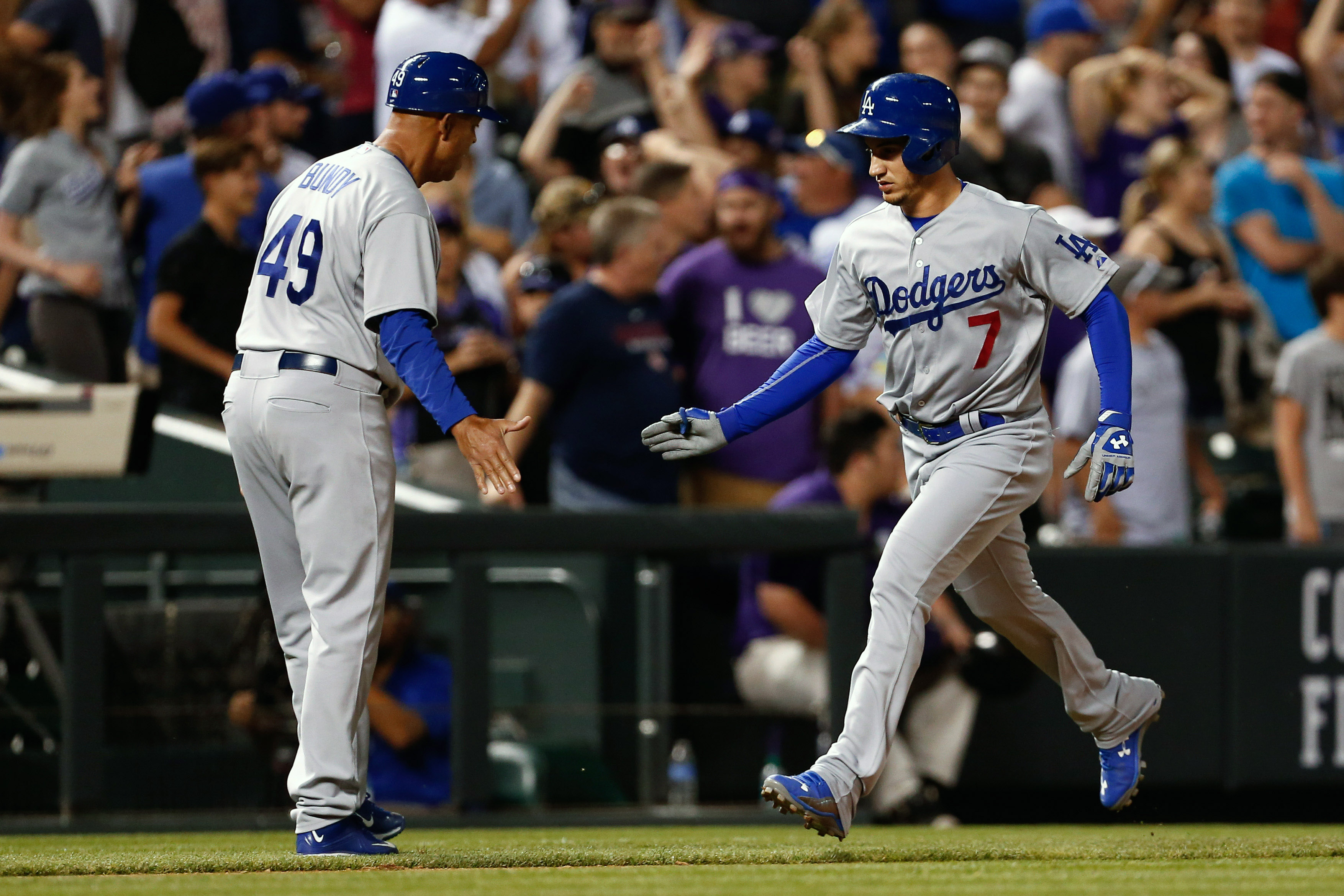 Alex Guerrero's two-out grand slam in the ninth inning on Tuesday in Colorado gave the Dodgers an improbable win in the second game of the doubleheader. (Photo: Isaiah J. Downing | USA Today Sports).

Welcome aboard: The Dodgers saw a pair of major league debuts this week, with Josh Ravin getting the win in the second game of Tuesday's doubleheader, and Scott Schebler getting a start in left field and his first major league hit in his one day up with the big club.

Tuesday: In between games of the doubleheader, selected the contract of pitcher Josh Ravin and recalled pitcher Daniel Coulombe from Triple-A, optioned catcher Austin Barnes to Triple-A and designated Huff for assignment.

The Dodgers run the Scott Hairston gauntlet, hosting the Diamondbacks for three games then taking their only day off of June before battling the Padres for three weekend games in San Diego.