Share All sharing options for: Juan Gonzalez strikes out 2 in MLB Futures Game

A pair of Dodgers made their mark on the 2015 MLB Futures Game on Sunday, with the U.S. Team beating the World Team 10-1 at Great American Ballpark in Cincinnati.

Juan Gonzalez pitched in the seventh and eighth innings for the World Team, facing three batters. He struck out two and induced a ground out, but only got credit for two outs.

Gonzalez struck out the first batter he faced, Matt Olson of the Athletics, on six pitches, but threw a wild pitch for strike three that allowed Olson to reach. Gonzalez also struck the next batter, Nick Williams of the Rangers, this time on four pitches.

In the eighth inning, Gonzalez got Brandon Nimmo to ground out to first base on two pitches, both fastballs.

Kyle Farmer went 0-for-2 at the plate with a pair of strikeouts.

He struck out swinging on four pitches against Frankie Montas of the White Sox in the sixth inning, with the four pitches clocked at 99, 98, 100 and 101 mph.

World dugout was quiet. Perhaps shocked at the score (10-1). The 101 mph pitches from Montas woke them up #FuturesGame

In the eighth inning, Farmer struck out swinging on six pitches against Luis Perdomo of the Cardinals, this time with an 88-mph slider as the finishing pitch.

Farmer took over for starter Kyle Schwarber of the Cubs to start the sixth inning, and caught the final four innings behind the plate. Farmer did just miss a foul pop-up, which means this photo of him will forever be in our database: 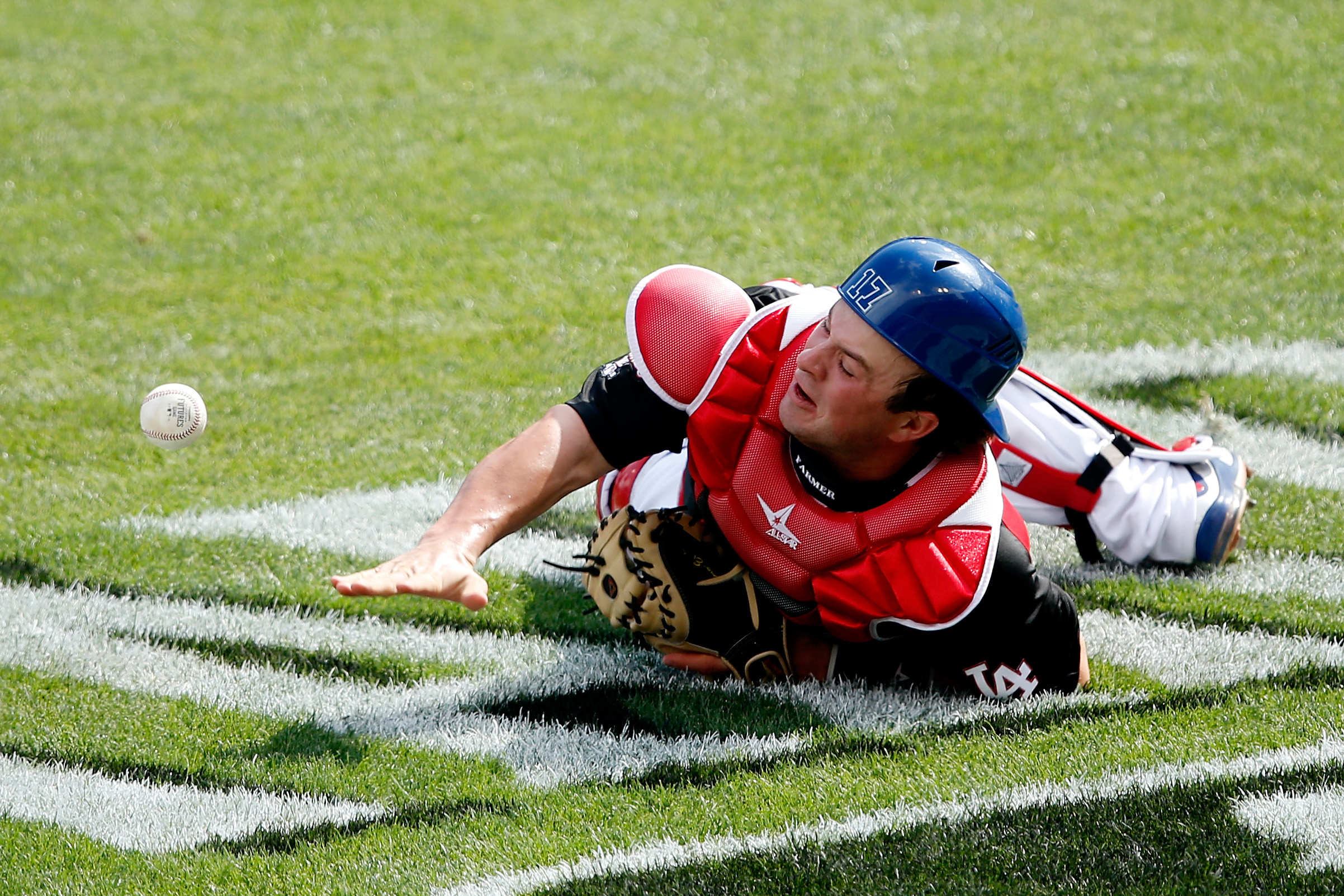