Weather permitting, the Home Run Derby will take place on Monday night, with Joc Pederson one of eight participants. Here is a look at the new format, which will be on display beginning at 5 p.m. PT on ESPN.

Pederson is the fourth seed in rankings that were based on home run totals through July 7. The seeds, from one to eight, are Albert Pujols, Todd Frazier, Josh Donaldson, Pederson, Manny Machado, Anthony Rizzo, Prince Fielder and Kris Bryant.

Asked how he has prepared for Home Run Derby during Monday's press conference, Pederson said, "I think every day in batting practice is Home Run Derby."

This year, the eight contestants are divided into a single-elimination bracket with three rounds. Each round is as follows:

Update: thanks to weather concerns

Pederson faces Machado in the first round, with the winner in Round 2 facing the winner of Pujols/Bryant for a berth in the final round.

Here is the bracket: 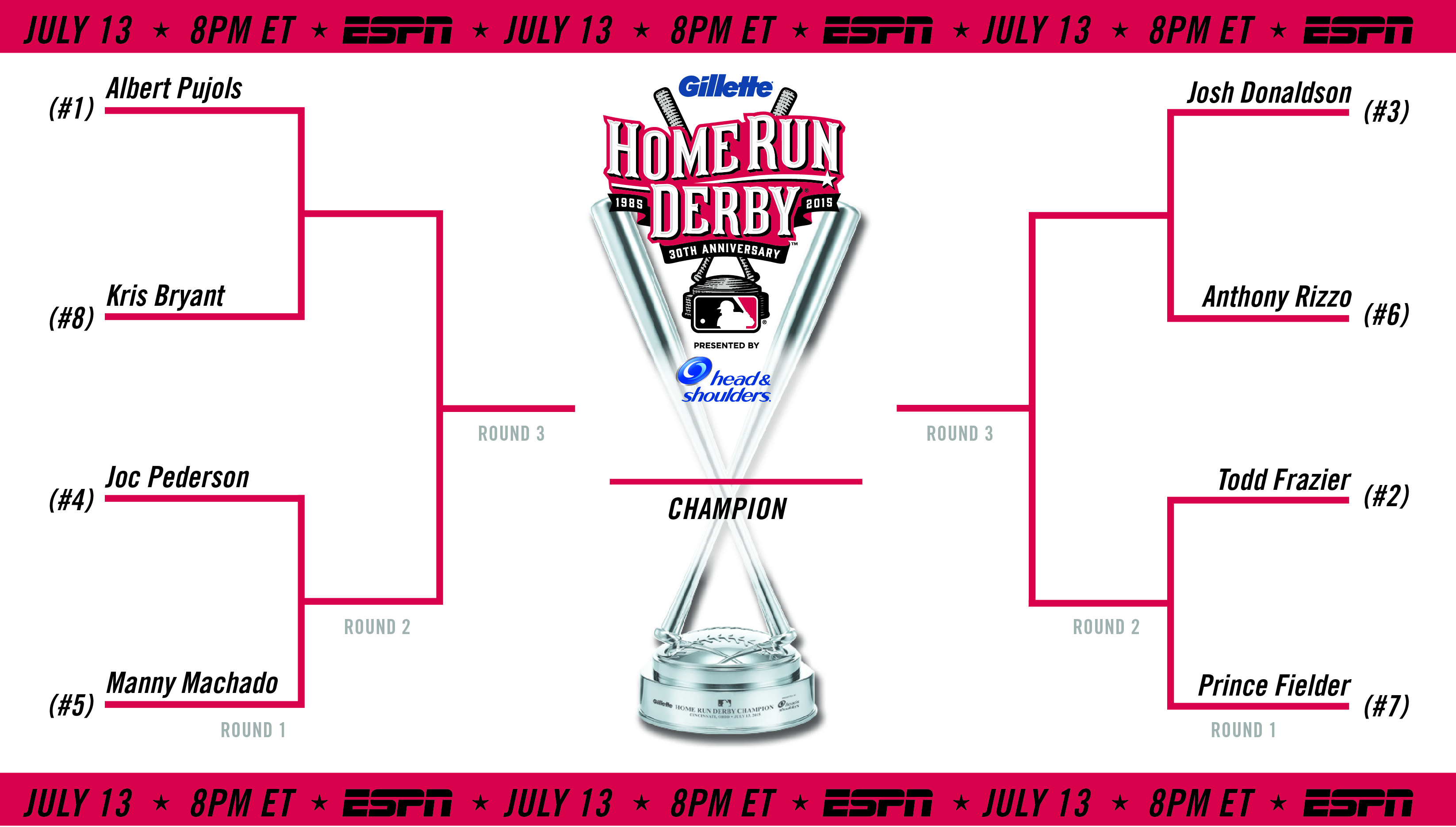