Clayton Kershaw allowed two runs in the fifth inning, suffering the loss as the National League fell to the American League 6-3 in the 2015 MLB All-Star Game on Tuesday night at Great American Ballpark in Cincinnati.

Greinke began the game allowing a home run to by Mike Trout, who lined an outside fastball over the right field wall for a quick 1-0 lead for the AL. It was the first run allowed by Greinke in his third All-Star Game, and the first runner even allowed to reach base. 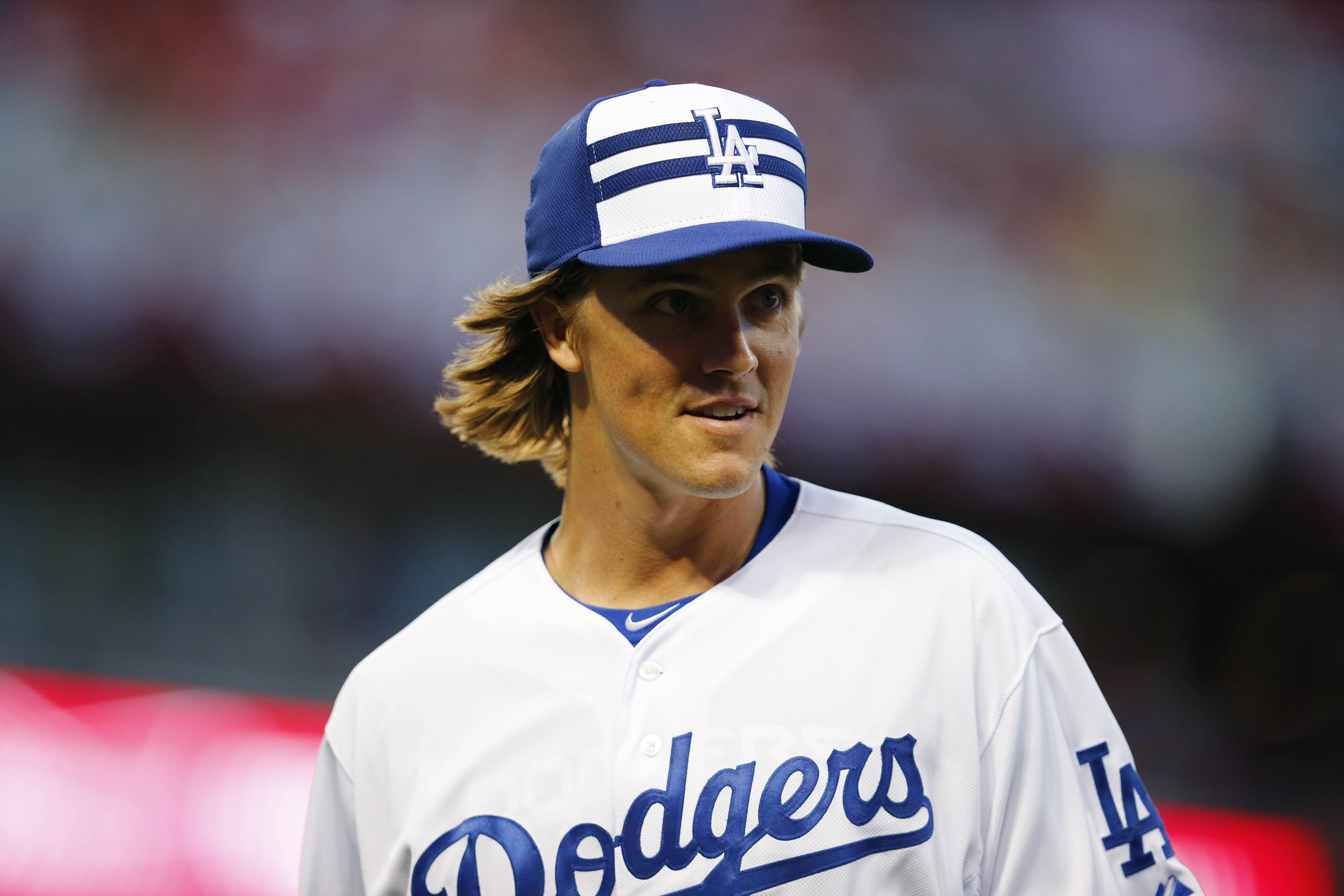 Greinke walked Josh Donaldson next, but recovered to strike out Albert Pujols looking and Nelson Cruz swinging before inducing a pop up to second base from Lorenzo Cain to end the inning.

In the second inning, Greinke struck out Adam Jones and Salvador Perez, both swinging, then got Jose Altuve to ground out to second base to end the frame. Greinke threw 39 pitches in his two innings, allowing one hit, one run and one walk while striking out four.

Greinke is the first pitcher with four strikeouts in an All-Star Game since Pedro Martinez in 1999, and the first Dodgers pitcher to do so since Fernando Valenzuela struck out five (all in a row, tying Carl Hubbell's All-Star record) in 1986.

When Greinke left, it was a 1-1 game, and it stayed that way until the fifth, when Kershaw entered in relief. He allowed a single to Alcides Escobar, then Mike Trout beat out a double play ball to second base. After a fly out by Manny Machado for the second out of the inning, Kershaw walked Albert Pujols.

AL manager Ned Yost opted to replace the right-handed Nelson Cruz with the left-handed Prince Fielder against the southpaw Kershaw, but his decision paid off as Fielder singled to left field to score Trout for an American League lead. Lorenzo Cain followed with a double to score Pujols for a 3-1 lead, then Kershaw struck out Brett Gardner looking to end his night.

Kershaw threw 22 pitches in his inning, allowing two runs on three hits, with a walk and a strikeout. Those were the first two runs Kershaw has allowed in five career All-Star appearances.

Clayton Kershaw: "It was fun until I started giving up runs."

Kershaw: "It’s not really my favorite thing in the world, that this determines home-field advantage."

Pederson played the first five innings in left field, and struck out in both of his at-bats, both times with a runner on base. He struck out swinging against Dallas Keuchel in the second inning, then did the same against Chris Archer in the fifth.

Adrian Gonzalez entered the game on defense at first base in the top of the seventh inning, and went 0-for-1 at the plate, striking out against Wade Davis in the eighth inning.

Yasmani Grandal followed Gonzalez in the eighth as a pinch hitter, also against Davis, and grounded out to the hole at deep shortstop. Grandal caught the ninth inning.