All in all, it was a pretty good week for the Dodgers. They were well represented in the All-Star Game with five players plus manager Don Mattingly. On Monday, Joc Pederson took a turn on the national stage with an amazing Home Run Derby performance but was narrowly defeated by hometown favorite Todd Frazier.

Then the Dodgers got their "second half" off to a solid start with two wins in a three-game series against the first-place Nationals, with their only loss coming in a game that mimicked Ted McGinley's lights-out strategy in Major League 3: Back to the Minors.

Clayton Kershaw and Zack Greinke were at the forefront of it all, with two dominant performances against the Nationals, the kind of performances people point to when giving the Dodgers any type of edge in a short playoff series. That will have to continue in October of course for the Dodgers to cash in, but the current incarnations of Kershaw and Greinke are in peak form.

Both have long active scoreless streaks, with Greinke at 43⅔ innings and Kershaw at 20 innings.

Dodger Batter of the Week: When I asked Adrian Gonzalez about hitting five home runs on the 10-game homestand just before the All-Star break, he was quick to say, "Five home runs and two hits," referring to his 7-for-35 (.200) performance at home. Over the weekend in Washington D.C., Gonzalez again had seven hits, this time in 11 at-bats, including two home runs.

Dodger Pitcher of the Week: This should probably be a tie, but in the spirit of only choosing one winner per week, Clayton Keshaw narrowly edges Zack Greinke. Both allowed a run (Greinke) or runs (Kershaw) in Tuesday's All-Star Game, but when it really counted both didn't allow a thing, each tossing eight scoreless frames against Washington. Kershaw gets the edge for striking out 14 to Greinke's 11, and for walking zero to Greinke's one, while both allowed three hits. 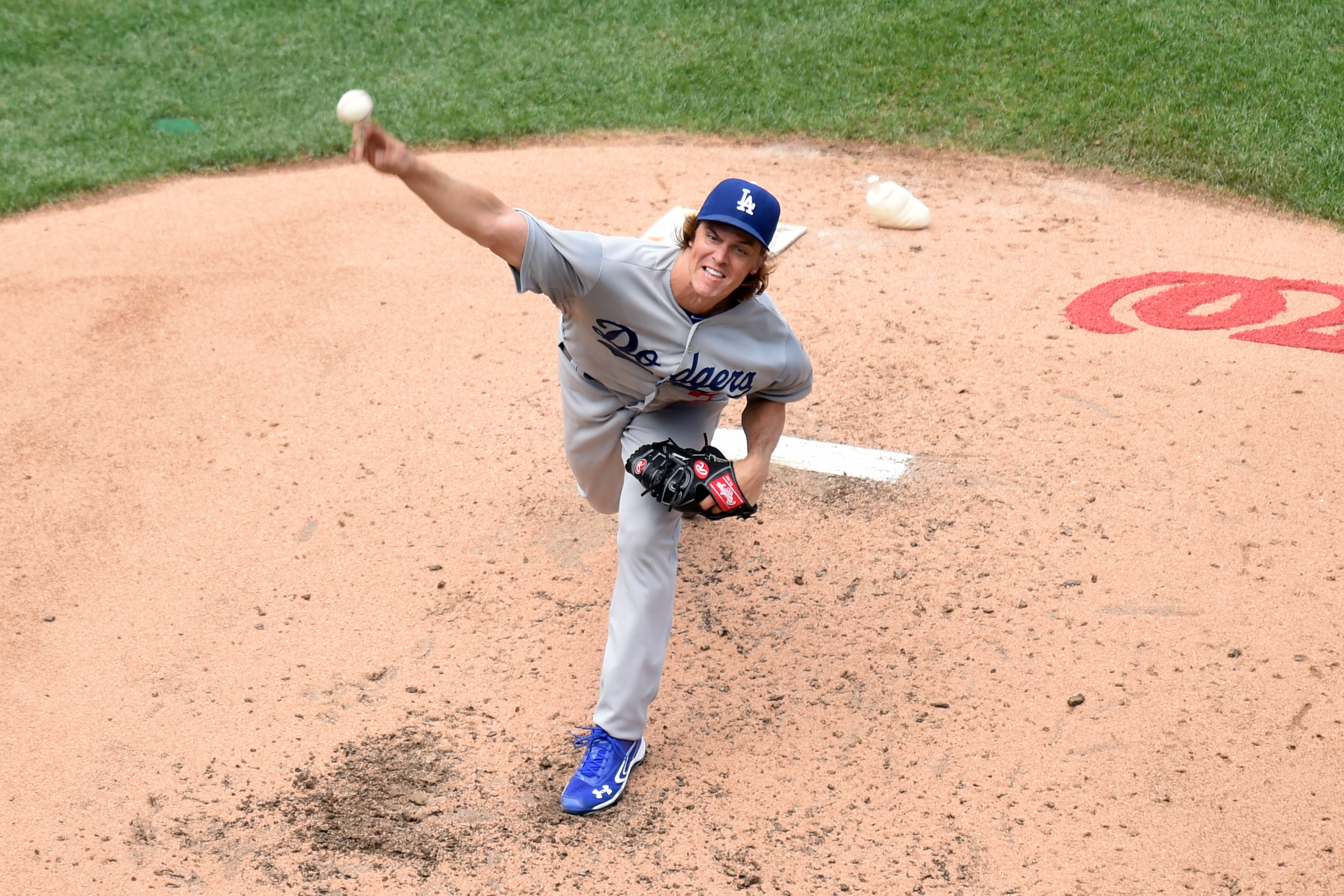 Saturday: Recalled pitcher Zach Lee from Triple-A Oklahoma City as the 26th man for Saturday's second game; Lee was optioned back to Triple-A after the game.

Gonzalez hit two home runs in the same game, but on different days.

Adrian Gonzalez: Hit HR in both segments of suspended game, Dodgers-Nationals 1st to do so since Joe Carter for Blue Jays, May 3-4, 1996

The Dodgers run the Felix Millan gauntlet, in Atlanta for three games against the Braves, then four in New York against the Mets to finish off the road trip.