The middle was strong for the Dodgers last week, but the bookends were disappointing with two losses to start and end the week. The result was a mediocre week for the Dodgers, who saw their lead in the National League West shrink to one game.

Three of the four losses saw old friend turned stalker Juan Uribe drive home the winning run, twice for the Braves and once for the Mets.

Brett Anderson hurt his ankle and Zack Greinke had a son, and the result was seven different starting pitchers used by the Dodgers in seven games. The week saw two Dodgers make their first major league starts - Ian Thomas was good, Zach Lee was not.

The Dodgers have used 14 different starting pitchers this season, their most since 1952.

Dodger Batter of the Week: Justin Turner continued his fine season, hitting .435 with four doubles and two home runs, including eight total bases on Friday against his old team. He beat out Jimmy Rollins, who turned on the power with three home runs against the Mets, the first Dodgers shortstop in 85 years to homer in three straight games.

Dodger Pitcher of the Week: Clayton Kershaw pitched his second shutout in three starts, beating the Mets on Thursday with 11 strikeouts. Kershaw has a scoreless streak of his own, now at 29 straight innings. Honorable mention goes to Mike Bolsinger, who closed out the series in Atlanta with seven strong innings. 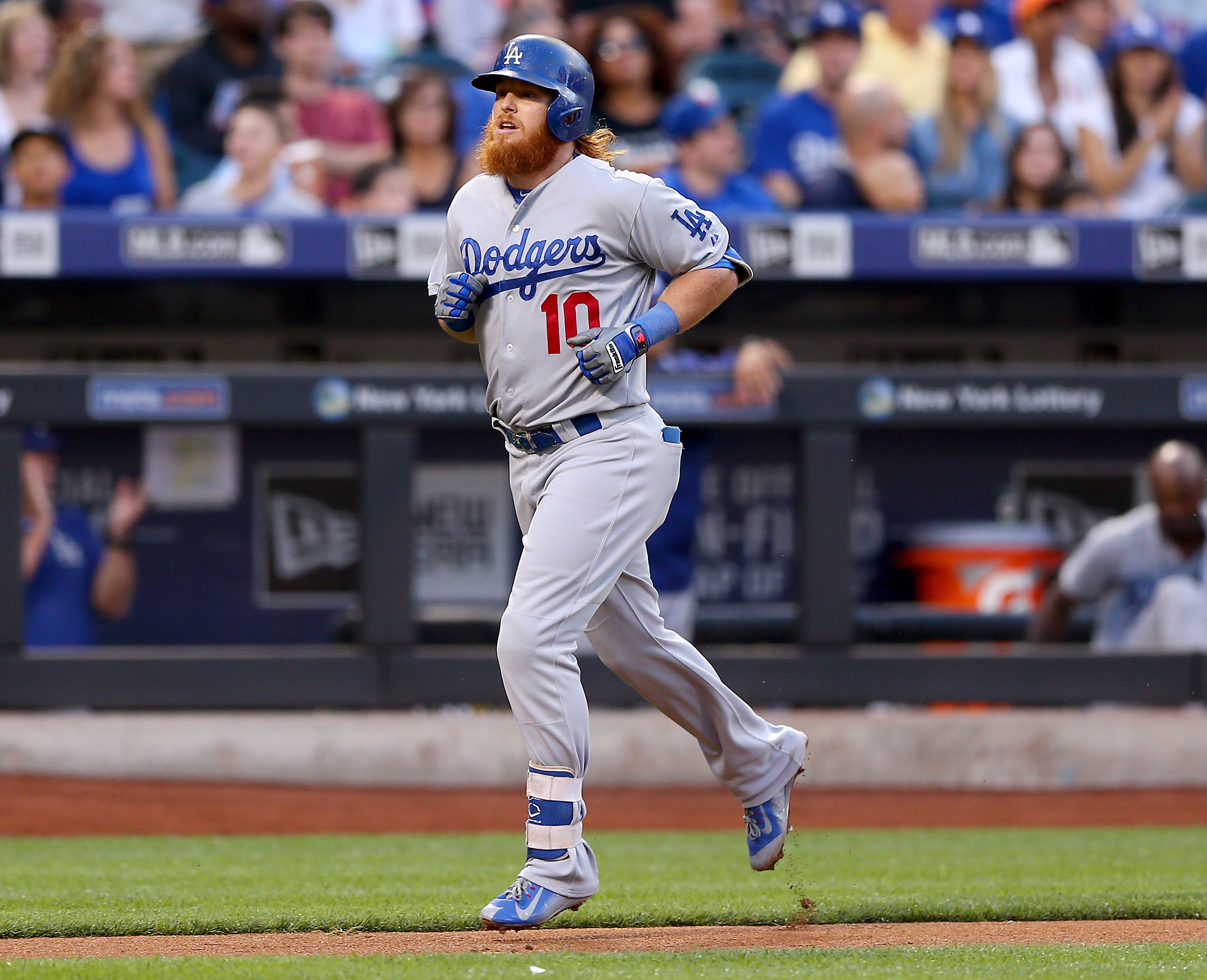 Justin Turner homered and doubled twice as the Dodgers cruised to a win in New York. (Photo: Elsa | Getty Images)

The Dodgers run the Rob Picciolo gauntlet, back home to face the A's and Angels. It's trade deadline week and I did some guessing for the weekend pitching matchups..