Share All sharing options for: Dodgers Week 18: Walking the plank

After winning two of three games in Philadelphia, the building blocks of a promising week were afoot, but that all came crashing down after getting swept by the Pirates in Pittsburgh. The final blow saw a 5-1 lead become a 13-6 defeat on Sunday night.

The early return on the three-team, 13-player trade was mixed at best, disastrous at worst. Alex Wood looked good at times in both starts but faded late in both games. Mat Latos was bad in his second start with the Dodgers, Jim Johnson has been historically bad in relief, and Luis Avilan is at the head of the pack with a week that can be described as kind of okay, I suppose.

Even Clayton Kershaw and Zack Greinke had bad starts, and the result was a 2-4 week.

But because baseball is insanely weird at times, the Dodgers somehow gained a half-game in the standings, and lead San Francisco by three games in the National League West.

Dodger Batter of the Week: Howie Kendrick hit .407 with two doubles, a steal and seven runs scored, with five straight multi-hit games to end his week. He also strained his left hamstring on Sunday, so consider this a going away gift, beating out Adrian Gonzalez, who had a .915 OPS and drove in seven runs.

Highest honorable mention goes to Kike Hernandez, who almost won the award based on his five plate appearances, which consisted of two home runs, a single and a walk; and to Zack Greinke, who was 3-for-3 with a home run at the plate and scored three runs on Thursday, the first Dodgers pitcher in 45 years to score three times.

Dodger Pitcher of the Week: The pitching staff as a whole was terrible, with a horrific bullpen masking a really bad week by the starters as well. But a Brett Anderson was good, allowing one run in six innings in his win over the Phillies on Wednesday, with five strikeouts. 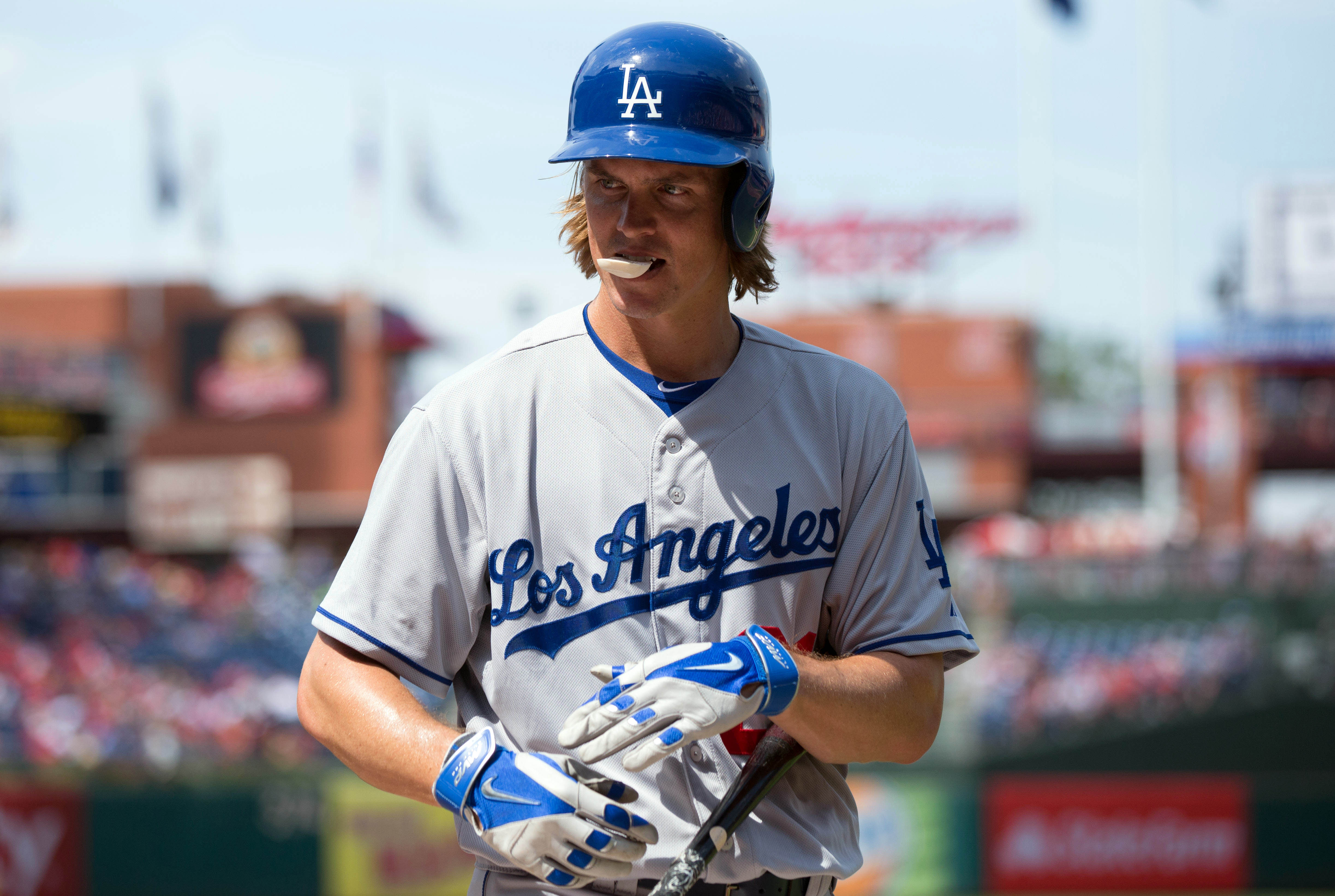 Monday: Activated pitcher Carlos Frias from the disabled list and optioned him to Triple-A Oklahoma City.

The Dodgers run the Larry Biittner gauntlet, returning home for three games against the Nationals then four against the Reds.