Chase Utley's aggressive base running pays off for Dodgers

Share All sharing options for: Chase Utley's aggressive base running pays off for Dodgers

LOS ANGELES -- Chase Utley played an integral role in the Dodgers' 4-1 win over the Cubs on Friday night at Dodger Stadium, the club's fourth straight win.

Utley drove in the Dodgers' first run with an RBI triple in the third inning, then he scored the go-ahead run in the sixth inning, thanks to a wild pitch and a throwing error by Miguel Montero.

"Chase, obviously with the big hit, just the way he ran the bases might have set the tone for us tonight," manager Don Mattingly said after the game.

Utley was on second base, with Adrian Gonzalez on first base, when Jason Hammel uncorked a wild pitch, a curve that bounced a few feet in front of the plate. Utley likely would have been thrown out at third had Montero not thrown the ball away.

Video of the play isn't yet able to embed to watch here, but here is a still shot where Utley looks like toast. 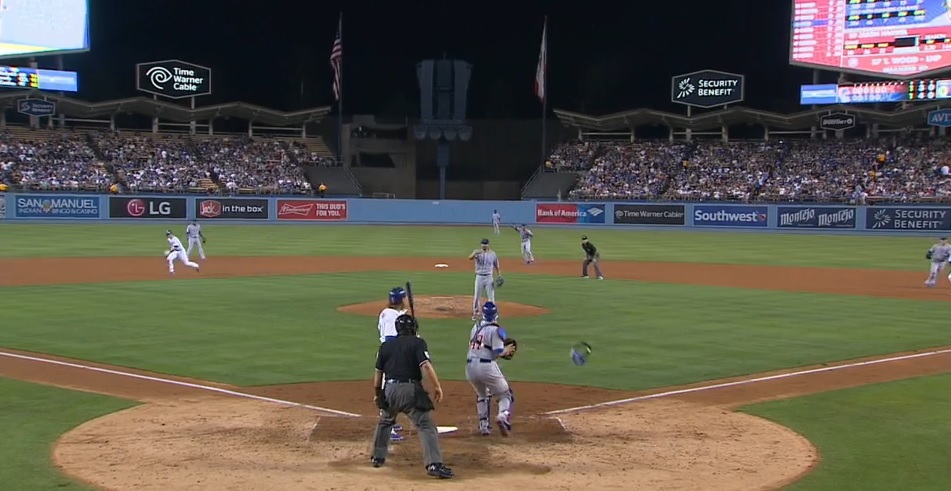 Then again, I always thought it looked like Clew Haywood would throw out Willie Mays Hayes, too. 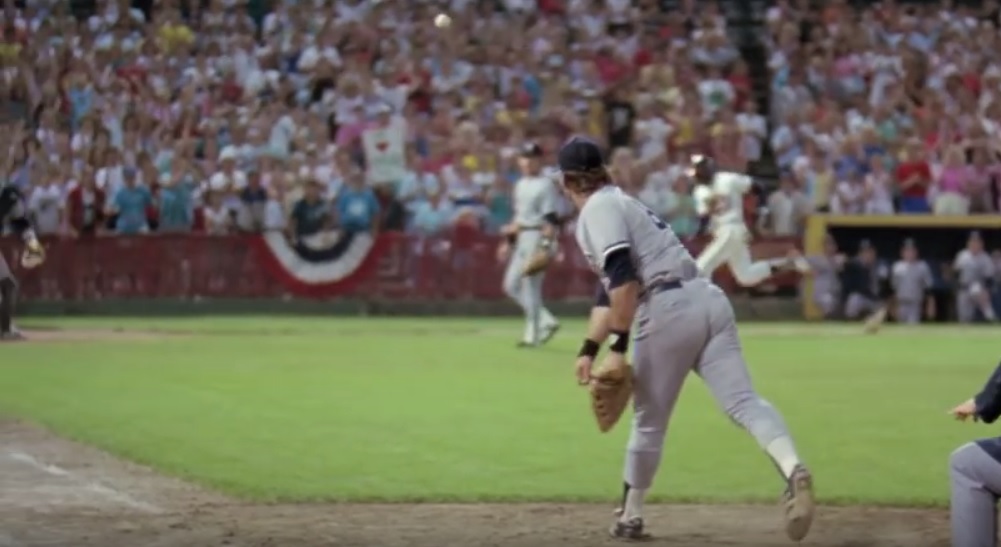 That's not to say Utley wasn't right in trying to advance. It was a rather fluke bounce that saw the ball end up in Montero's glove in the first place, ready to throw.

But it was wide. Utley's aggression paid off.

"That was awesome. Base running has been kind of a point of weakness for us this year. That was just an amazing play by him. He's a gamer," said Clayton Kershaw, beneficiary of the run support. "That was a big run for us right there."

Utley so far has played seven games as a Dodger.  He's just 5-for-24 (.208) at the plate, but with two walks and three hit by pitches his on-base percentage is .345, and with two doubles and a triple his slugging percentage is .375.

The Dodgers are famously a terrible base running team this season, at or near the bottom of the league. Mattingly hopes Utley and his 36-year-old legs can help turn that around.

"It's not just speed," Mattingly said. "It's just an awareness of how to run the bases. An aggressive style, but also running with some smarts. It's one of the areas where, honestly, we've been lackadaisical. Hopefully this aggressiveness kind of helps all of us."

The Dodgers' drive for five starts at 6:10 p.m. on Saturday night, with Mat Latos making his first start in 16 days. The Cubs will counter with southpaw Jon Lester.