The Dodgers have their first four-game winning streak since June 8-12.

The Dodgers returned to Dodger Stadium and feasted off home cooking. They had two off days during the week and finished strong with four straight wins, including a rare three-game sweep of the Angels.

The Dodgers fell into a virtual tie with San Francisco for first place in the National League West in between afternoon and night games on Wednesday, but ended the week with a 2½-game lead in the division.

Dodger Batter of the Week: This was a tough choice. Andre Ethier had a stellar week, punctuated by two home runs on Sunday to beat the Angels. He and Howie Kendrick were similar in many ways, but I'm giving this to Kendrick because he played all five games, while Ethier sat twice. Kendrick basically had Ethier's week, plus a 4-for-11 (.364) streak with an extra RBI and two extra runs scored. Kendrick even stole a base.

Honorable mention goes to Yasmani Grandal, who continued to rake, hitting .444 with a home run.

Dodger Pitcher of the Week: For continuing his scoreless streak on Saturday, Clayton Kershaw takes this home. He pitched eight scoreless innings with seven strikeouts against the Angels, including a knee-buckling curve to strike out Mike Trout in the first-ever meeting between reigning MVPs. 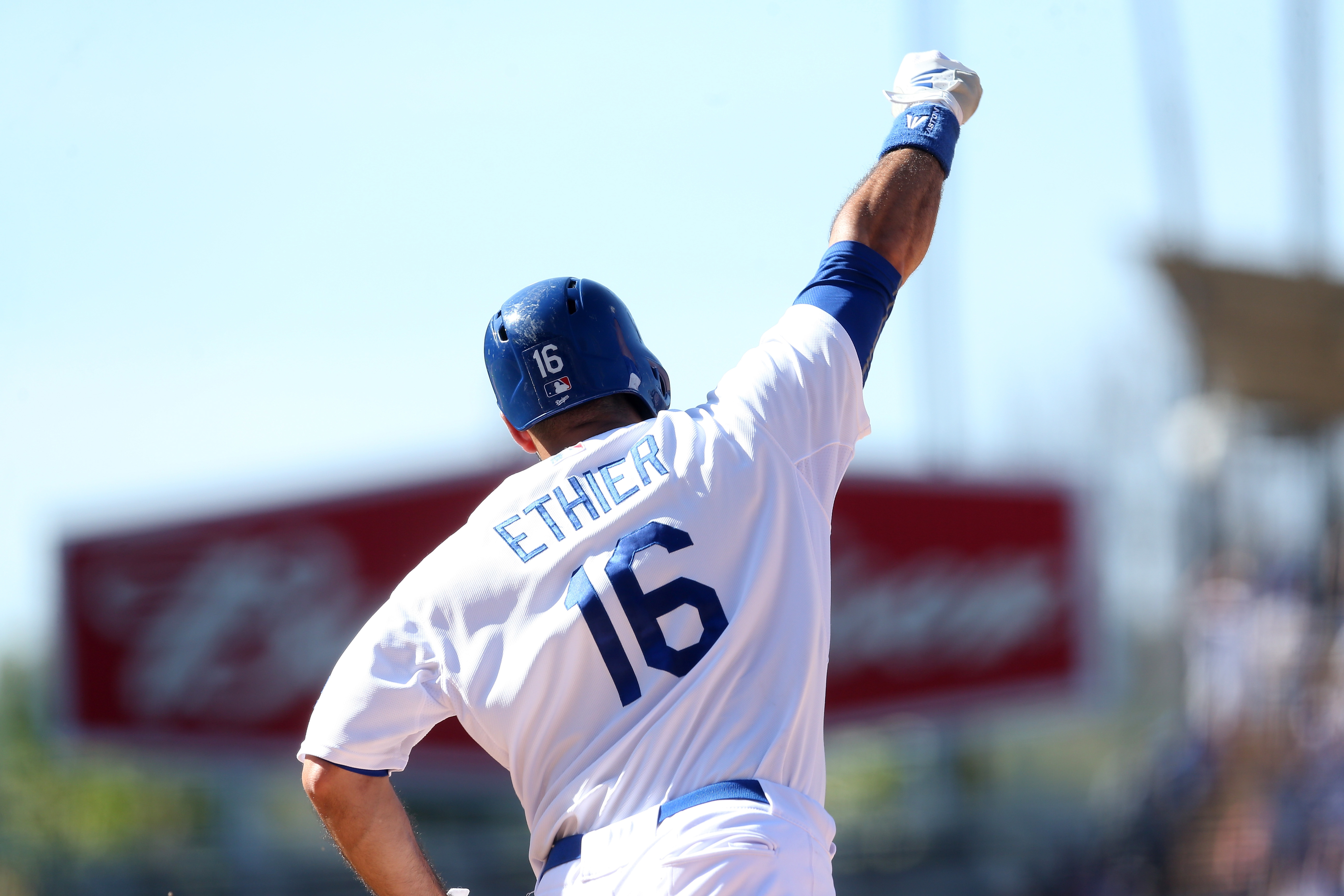 Ethier hit a go-ahead home run in the eighth inning, then a two-run walk-off shot to win it in the 10th. (Photo: Stephen Dunn | Getty Images)

Friday: Traded Morse and cash to the Pirates in exchange for minor league outfielder Jose Tabata.

The Dodgers run the Bill Robinson gauntlet, headed to the Quaker state for three games against the Phillies then three with the Pirates.