Share All sharing options for: Dodgers magic number to clinch NL West is 30 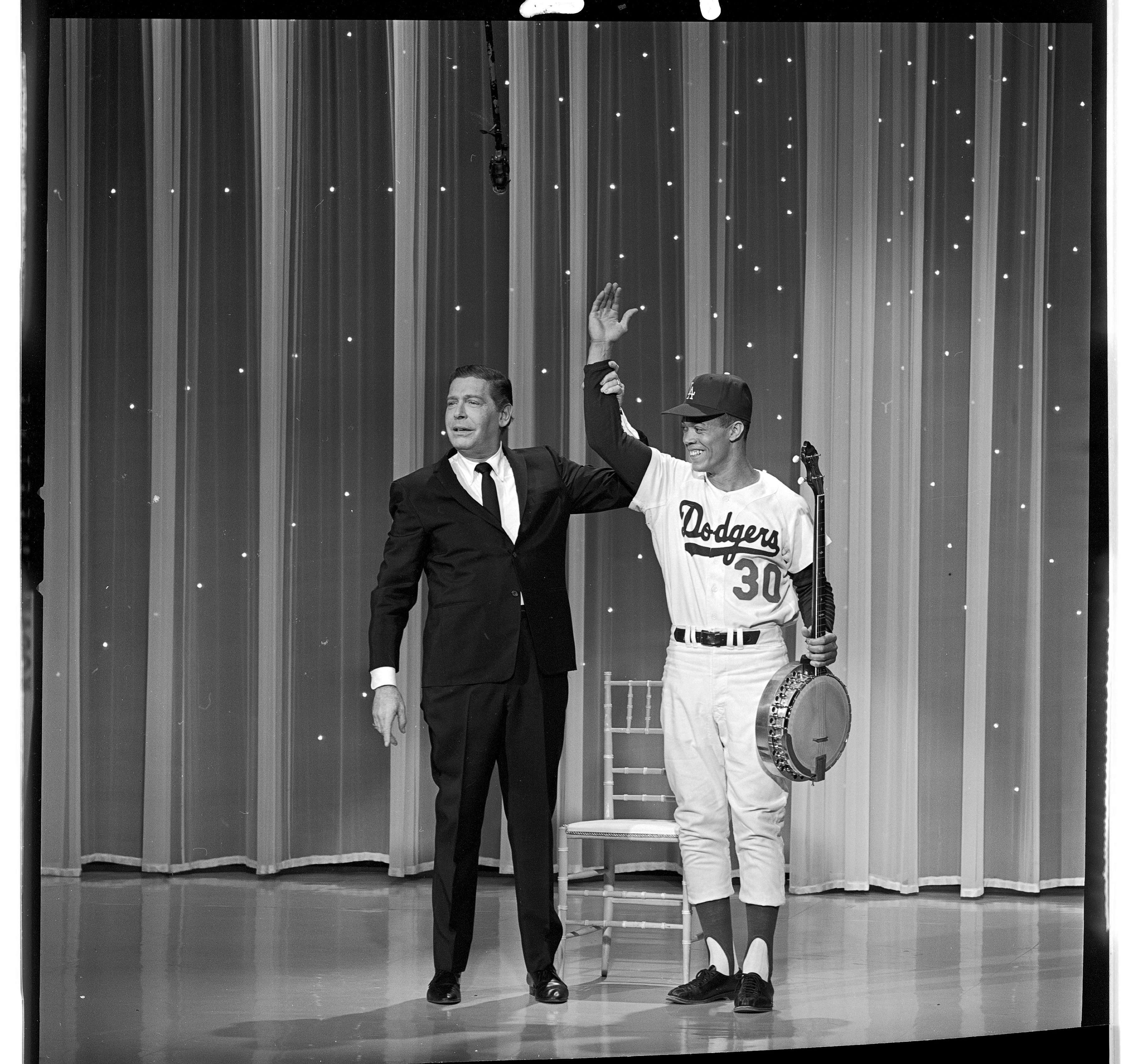 With the Giants' 7-5 loss to the Cardinals on Sunday afternoon, the Dodgers enter their game on Sunday night with a four-game lead in the National League West, up five in the loss column.

That brings us to the purpose of this post, which will be followed by many over the next month or so by several similar posts, all counting down to an ultimate goal.

If the Giants (69-61) were to win all of their remaining games, they would amass 101 victories on the season. The Dodgers (72-56) would need 30 wins to surpass that, so there you have the magic number. Any combination of Dodgers wins and Giants losses totaling 30 means an unprecedented third straight division title for the Dodgers.

With each number on the countdown, we will commemorate with a former Dodger. Fittingly, we lead off with Maury Wills, seen here on the Milton Berle Show in 1965, though the speedster was no banjo hitter.

"Just pull out enough to win."