The Dodgers were no-hit again for the second straight week, but every other game was a win, making this week much better than last week.

The pitching was fantastic, including just one run allowed by the beleaguered bullpen, and more solid work out of the starters. The run prevention helped prop up the inconsistent offense, which showed a few signs of life put still scored under four runs per game for the week.

But the end result was pretty great, with five wins in six games and a 3½-game lead in the division. Even if Yasiel Puig was lost to a hamstring injury and Kiké Hernandez possibly suffering the same fate on Sunday.

Plus, Vin Scully announced he would return for 2016, which always makes for a great week, even if he said it would likely be his last season.

Dodger Batter of the Week: Andre Ethier sat a few times against left-handers but ended his week 5-for-11 (.455) and even collected the go-ahead, two-run single against a southpaw on Saturday to beat the Cubs. He beat out Hernandez, who was 8-for-19 (.421)

Dodger Pitcher of the Week: Clayton Kershaw matched his season high with 14 strikeouts in a win over the Cubs on Friday, allowing one run in eight innings, narrowly beating out Zack Greinke and his seven scoreless innings on Thursday against the Reds. 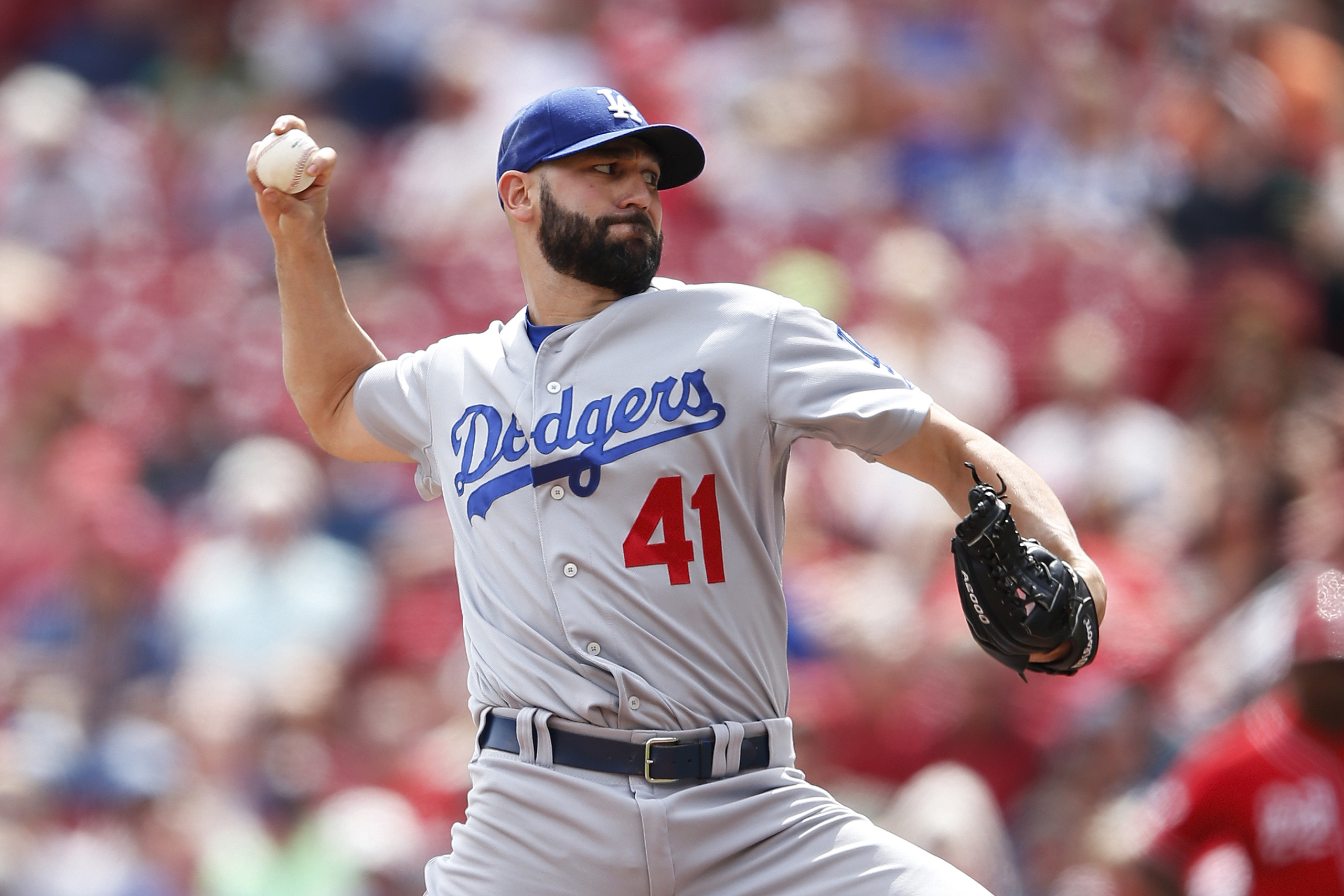 The Dodgers scored one run on a double play, and made it hold up. Chris Hatcher and Jim Johnson got the final six outs to close out the nail-biting win. (Photo: Joe Robbins | Getty Images)

Friday: Yasiel Puig was placed on the disabled list, and infielder Jose Peraza was recalled from Triple-A Oklahoma City.

The Dodgers run the Dave Dravecky gauntlet, hosting the Giants for three games then heading to San Diego for a four-game weekend series against the Padres. There is a good chance the Dodgers will slot in Mike Bolsinger after the Giants series to push everyone in the rotation back a day, but that hasn't yet been finalized.