The Dodgers took care of business with a pair of road series wins in Anaheim and Arizona, with Zack Greinke taking another step toward his second Cy Young Award and Corey Seager grabbing hold of his opportunity in his first full week in the majors.

Dodger Batter of the Week: Corey Seager started all six games and didn't disappoint, hitting .474 (9-for-19) with three doubles, his first major league home run, and a team-best eight walks. Seager at one point reached base nine consecutive times, the longest streak by a Dodgers rookie.

Dodger Pitcher of the Week: Zack Greinke won both of his starts, including eight scoreless innings on Sunday in Phoenix, lowering his ERA to 1.61, best in the majors. 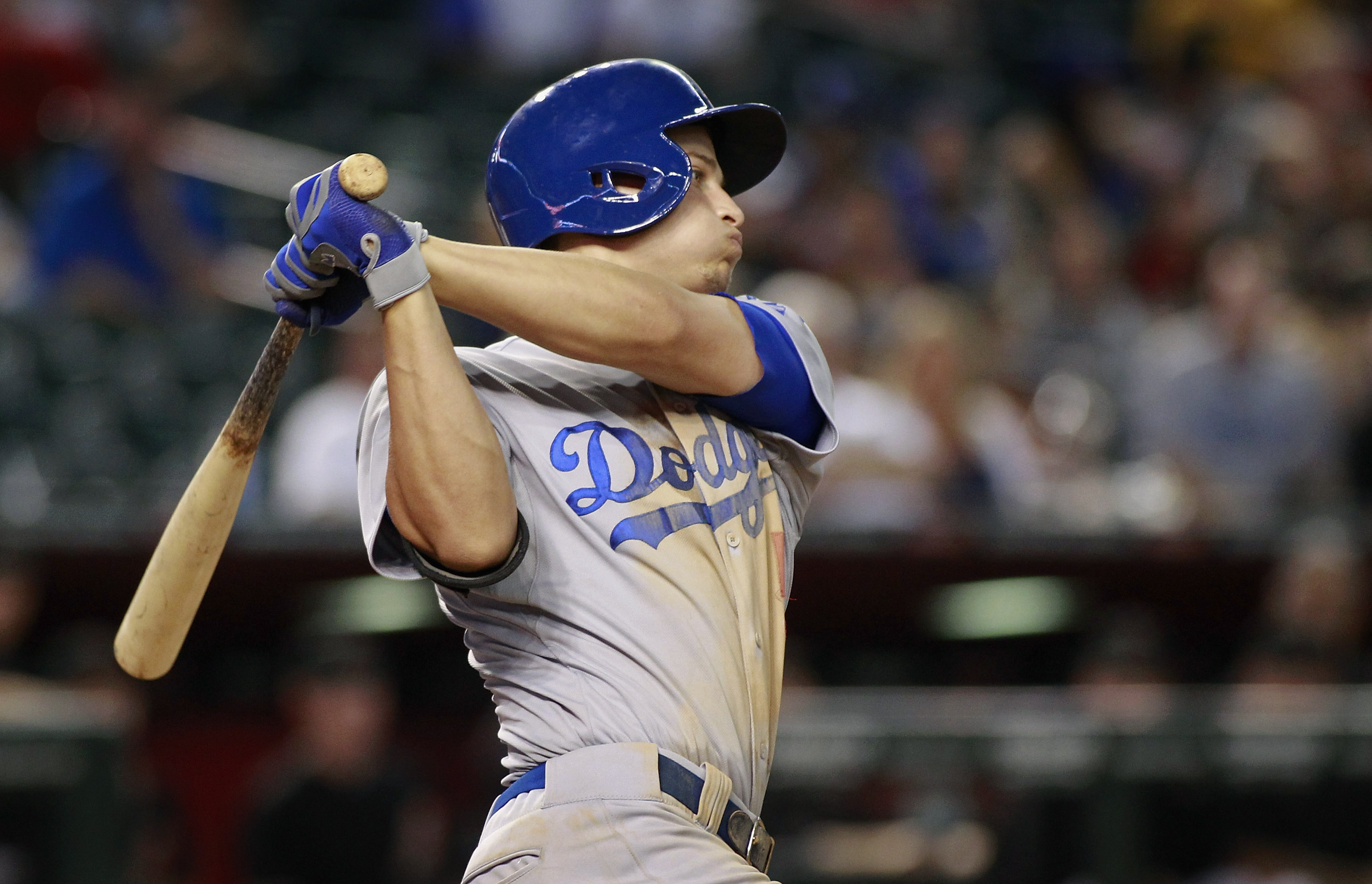 The Dodgers hit four home runs and Corey Seager reached base five times in a win in Phoenix. What a way to make a living. (Photo: Ralph Freso | Getty Images)

Leadoff power: Three times in four games, the Dodgers led off the game with a home run, by Justin Ruggiano on Tuesday, Scott Schebler on Wednesday and Carl Crawford on Saturday. It almost happened a fourth time in five games, but Ruggiano's long drive to open Sunday's game hit high off the right field wall for a double. The Tuesday and Wednesday long balls were the first time the Dodgers have hit leadoff home runs in back-to-back games since Carl Furillo did so on July 12-13, 1951.

ERA OCD: The Dodgers allowed 26 earned runs as a team during the week, but the individual earned runs add up to 28. That's because in the second inning on Friday in Arizona, Pedro Baez was charged with two earned runs even though those runs for the team were unearned.

The Diamondbacks scored six total runs in the inning, including two against Alex Wood before he left with two outs in the inning. With Wood still in the game, an error that would have been the third out of the inning instead prolonged the frame. Baez entered and allowed two inherited runs to score, plus two of his own. The final four runs of the inning were unearned for the team, but Baez's two runs counted as earned runs for him, thanks to MLB rule 10.16 (i):

When pitchers are changed during an inning, the relief pitcher shall not have the benefit of previous chances for outs not accepted in determining earned runs.

Thursday: Relief pitcher Daniel Coulombe was traded to the A's for cash considerations.

Sunday: Minor league infielder Darwin Barney was traded to the Blue Jays for a player to be named later, named later on Sunday as minor league catcher Jack Murphy.

Sunday: The Dodgers recalled infielder Ronald Torreyes from Triple-A Oklahoma City; he made his major league debut on Sunday, doubled in his first at-bat and scored his first major league run.

The Dodgers run the Stan Belinda gauntlet, opening a 10-game homestand with three games against the Rockies then three against the Pirates. The pitchers for the Pittsburgh series are a best guess.